“Gemini” is a brilliant, modern take on the murder mystery

Why aren’t there more films like Aaron Katz’s “Gemini”? 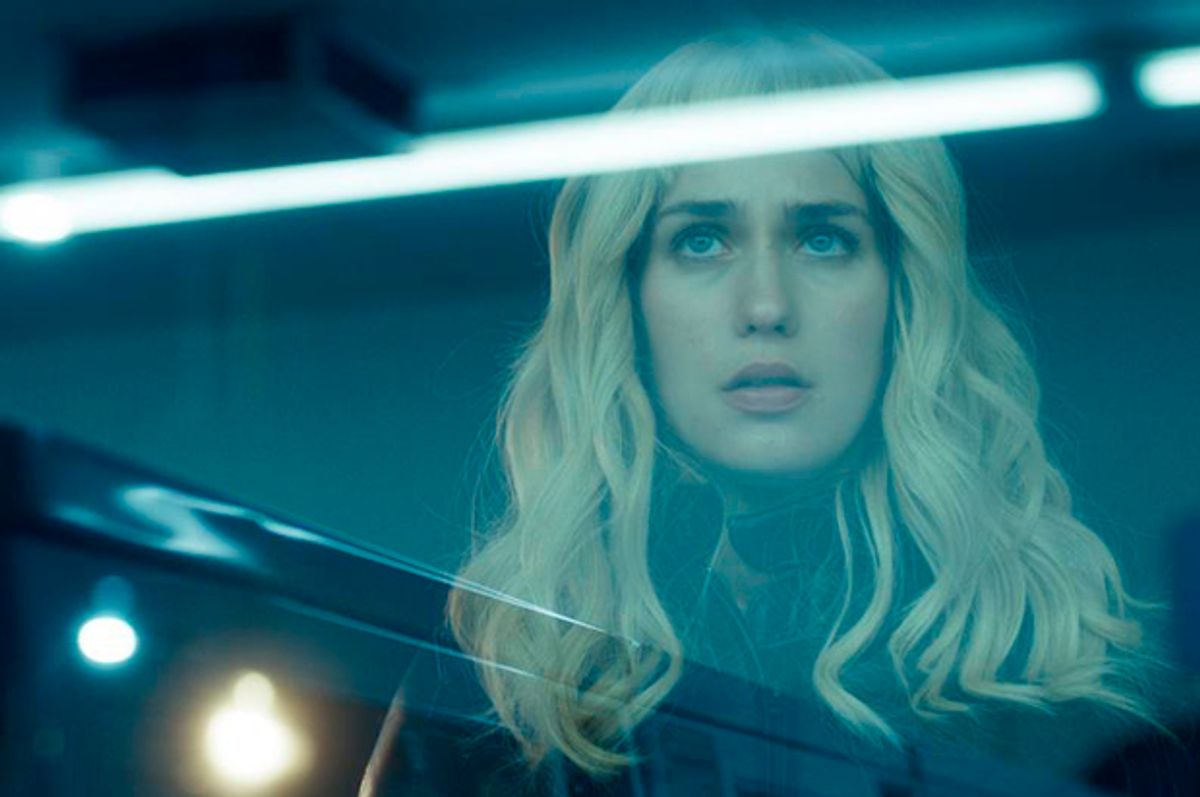 Aaron Katz’s “Gemini,” which played last night at Brooklyn Academy of Music’s BAMcinemaFest, begins with the familiar turned upside down. Long palm trees passing roots up through an azure sky. Desolate saxophone notes weaving through a perseverating synthesizer and rapidly tapping, tapping, tapping drum machine. You know what you know before you know it — or you think you do — and what you know begins with the trees, the sky, the rhythm: This is Los Angeles, the beginning of a modern noir murder mystery.

The film doesn’t waste any time telling you who’s in danger. The sun sets and the camera takes us inside a red parked car. A phone rings. An angry man asks for Heather. She’s not there. “Tell her I know what’s up,” the man, who we learn is Heather’s ex-boyfriend, says. And then, “Tell her to fuck off and I’m going to fucking murder her.”

Heather, played by Zoe Kravitz, is a stunning starlet, who, at the time of the phone call, is supposed to be inside an Italian restaurant that specializes in “apps” (mozzarella sticks, not Angry Birds), going over a role with the film’s cynical director, Greg (Nelson Franklin). But Heather has a change of heart. She’s had enough of Hollywood for a while. She wants to escape. She’s quitting the film — OK that’s not totally right: Heather, like the good femme fatale she is, has Jill (Lola Kirke), her close friend and personal assistant, quit the film for her.

After Jill breaks the bad news to Greg, we follow her and Heather into the night, the danger slowly mounting and the clues and suspects accumulating. A superfan gets too close. So does a paparazzi (James Ransone). Heather acquires a gun. They meet up with Tracy (Greta Lee), Heather’s new love interest, for drunken karaoke. After the long night out, Heather and Jill crash at Heather’s place, and a motion detector light goes off outside. Without giving away precisely what happens and when, suffice it to say that Jill, whose surname is LeBeau, is the primary suspect, and she must solve the whodunnit while eluding the police.

It’s a “Fugitive”-like plotline, but the way the character slips around the sprawling city is more like Philip Marlowe than Richard Kimble: She has her head simultaneously in the clouds and on the case. And yet, though there’s a Marlowian quality to her, it’s faint; really, it’s tough to find an adequate comparison for Jill LeBeau. Women don’t often get to play protagonists of Bechdel-breaking genre pictures, especially not ones that neglect to flaunt their progressivism.

The only radical quality about Jill is her normalcy. She’s responsible enough to show up for appointments on time. And she’s clever enough to put the pieces of the case together. We’re told she has a strong memory, too. But she wouldn’t win any superlative contests. She lacks Clarice Starling's tenacity, Lisbeth Salander's genius. And her memory may be good, but she’s no Cam Jansen. That’s the point: Normal women, like Jill LeBeau, can navigate extraordinary circumstances just as well as normal men, like Roger Thornhill or Jeffrey Beaumont.

But because Jill LeBeau is a rather generic character on the page, Lola Kirke is crucial. Kirke is the sort of actress whose presence transcends her ability. Is she a great actress? Can she play a wide range of roles? I don’t know and I don’t much care. Every time I see her on the screen I fall in love with her. She’s the sort of actor who you want to spend time with and with whom you imagine you could. She’s beautiful but doesn’t have the precise supermodel features of her co-star, Zoe Kravitz. And part of her charm is that she’s somewhat awkward, with a slight lisp and endearing whimsicality. When she realizes that she’s the top suspect in the crime, she has her hair dyed blonde and buys a beige trench coat and fisherman’s hat. The disguise isn’t fooling anyone, but it’s fun.

I could go on and on about Kirke, but Aaron Katz, the film’s writer and director, deserves equal praise. Katz’s last film was “Land Ho!,” a buddy comedy in which the buddies were two elderly men (Paul Eenhoorn and Early Lynn Nelson) who take a road trip through Iceland. Though it’s not a film that will enter the canon of cinematic classics, it is nearly perfect, with ample heart, humor and tragedy-tinged humanity. On paper, the two films are about as dissimilar as is possible: Katz went from Iceland to Los Angeles, old male characters to young female ones, a buddy comedy to a noirish murder mystery. But that Katz was able to pivot so widely and do so so successfully is a testament to what makes him such a great filmmaker. He elicits tremendous performances and is a master of pacing and atmosphere.

There’s smart commentary about fame, gender and celebrity in “Gemini,” but Katz builds tension so brilliantly that it’s hard to watch it and think about anything other than the mystery at hand. The film is propulsive, even as it meanders through Los Angeles’ sprawl. Katz captures the same melancholy sun-streaked smog found in Sofia Coppola’s “Somewhere” and incorporates the Technicolor spectrum of lights found in Paul Thomas Anderson’s “Punch-Drunk Love.” Yet while it’s possible to dissect some of Katz’s inspirations, the cinematography feels very modern and fresh.

Something similar could be said for the film. Katz isn’t reinventing noir. But by casting interesting female characters through a fresh lens, he’s rejuvenating it. Films like “Gemini” — smart, suspenseful and inclusive without being awards bait — are few and far between at the multiplexes these days. But that’s another crime.