John McCain makes a striking admission: America was better off with President Obama 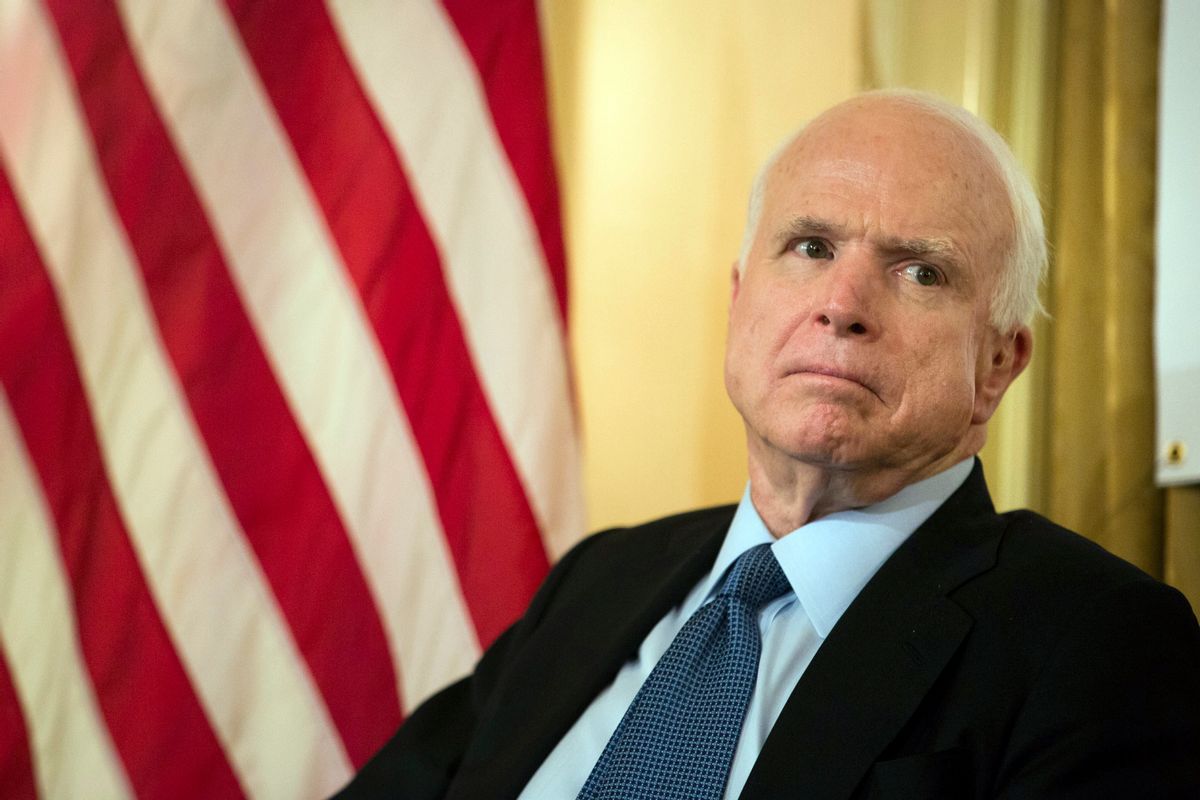 Trump's Twitter attack on London Mayor Sadiq Khan, in the wake of a terrorist attack no less, came just one week after the president's first foreign trip and days after pulling out of the Paris Agreement on June 1. Now even prominent Republicans are beginning to wonder whether the president is ruining America's standing with the rest of the world.

“What do you think the message is? The message is that America doesn’t want to lead,” Sen. John McCain said of Trump's possibly damaging the United States' "special relationship" with the U.K.

Trump's “America first” leadership indicates “a withdrawal of the United States from its role in the world," noted Daniel Chirot, a professor of international studies at the University of Washington.

“It’s not as if any president of the United States didn’t put America first to begin with,” Chirot added. “Of course they put America first, but they saw America’s role in the world as being a crucial part of America’s political, economic and strategic security.”

Though McCain called President Obama's foreign policy "feckless," he now appears to miss his one-time opponent, or at least is willing to acknowledge that President Trump's leadership is demonstrably worse.

According to the Guardian, "asked if America’s standing on the global stage was better under Barack Obama, McCain, a fervent critic of the previous administration’s foreign policy, responded: 'As far as American leadership is concerned, yes.'"