The U.S. hit a wind and solar power milestone in March

States are upping their renewable energy goals, and the results are significant 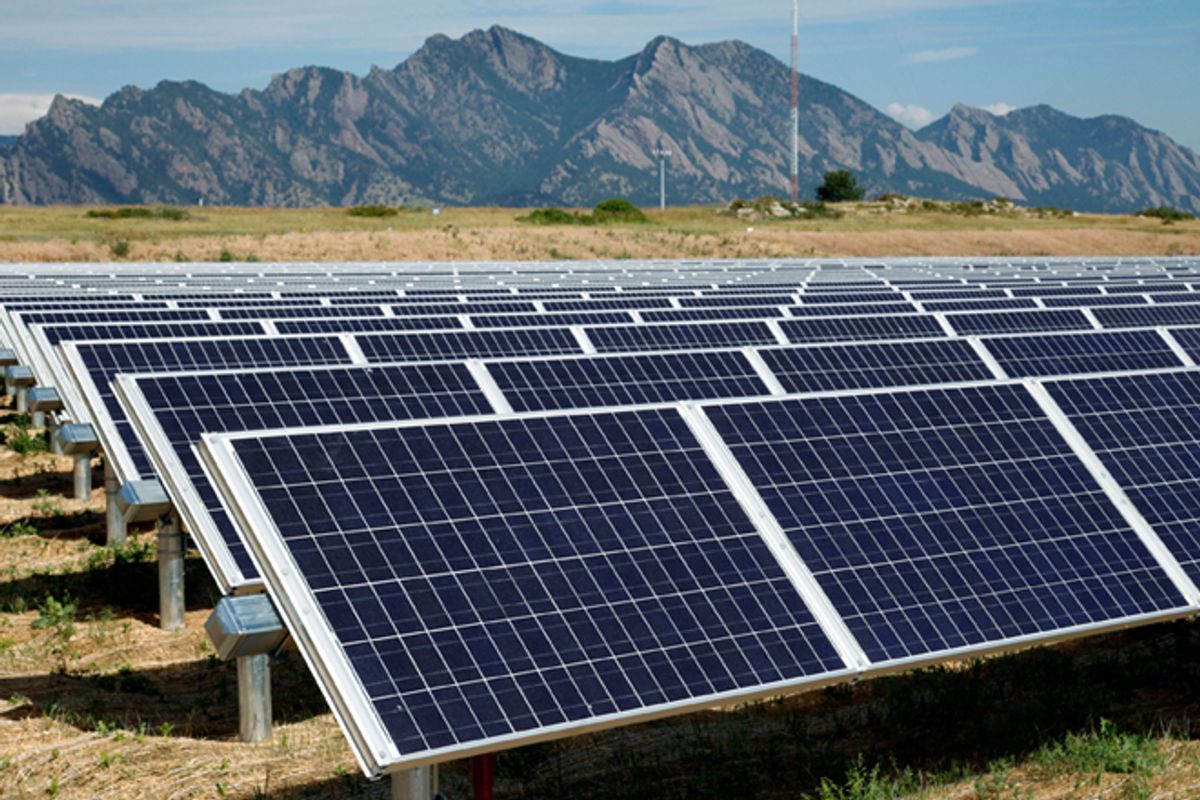 Ten percent of all of the electricity generated in the U.S. in March came from wind and solar power, marking the first such milestone in U.S. history, according to a new U.S. Energy Information Administration report.

The EIA estimates that wind and solar farms likely generated 10 percent of America’s electricity in April as well, which would be another first, according to the report.

This year’s milestone shows that renewables are becoming a major source of electricity in the U.S. and can no longer be considered “alternative” energy, said Christopher Clack, CEO of the power grid modeling firm Vibrant Clean Energy and a former National Oceanic and Atmospheric Administration researcher.

EIA analyst Owen Comstock said state renewables goals are one of the biggest reasons wind and solar are hitting milestones. Most states require a certain portion of their electricity to be generated from renewables, and some, such as California, are strengthening their renewables goals. California’s current goal is to obtain half its electricity from renewables by 2030, and lawmakers there are currently debating expanding that to 100 percent by 2045.

Nationwide, electricity generated using wind and solar varies by the month and is highest in the spring partly because of seasonal changes in wind patterns and daylight hours. As electricity use spikes across the country in the summertime when more people use air conditioning, electric power companies turn to more coal and natural gas power plants to help meet the demand, reducing renewables’ share of total U.S. power generation, Comstock said.

The EIA projects that wind and solar will generate 10 percent of U.S. electricity year-round by 2020. But scientists say the country’s power supply could see a larger share of wind and solar by then for at least part of the year.

“I believe that by 2020, we will see the first 15 percent month, possibly a little sooner,” Clack said. “This will partly depend on the weather patterns in the year, but I could see substantial (wind and solar plant) additions before 2020 that will increase production to those levels.”

Jeremy Firestone, director of the Center for Carbon-free Power Integration at the University of Delaware, said the U.S. will reach 15 percent “within the next few years.”

“The U.S. was at under 5 percent just five years ago and maxed out at about 7 percent in 2015,” he said. “Given price competitiveness of wind and commercial-scale solar and the public and corporate appetite for clean, renewable energy, an increasing fraction of U.S. electricity will be generated renewably.”

The renewables milestone comes amid actions by the Trump administration to turn back federal climate policiesintended to cut greenhouse gas emissions by embracing wind, solar and other renewable energy. Trump, who has called climate change a “hoax,” has re-committed the U.S. to coal energy, which was the largest single source of climate pollution in the U.S. until being eclipsed by the transportation sector last year.

Though the federal government is doubling down on coal, electric power companies are embracing less-polluting natural gas, wind and solar power as the cost of generating electricity from those sources falls.

March’s milestone “says that the Trump Administration is living in the last century,” Firestone said.

He said coal power generation is no longer socially acceptable in many parts of the country and most electric power companies prefer natural gas and renewables because they cost less.