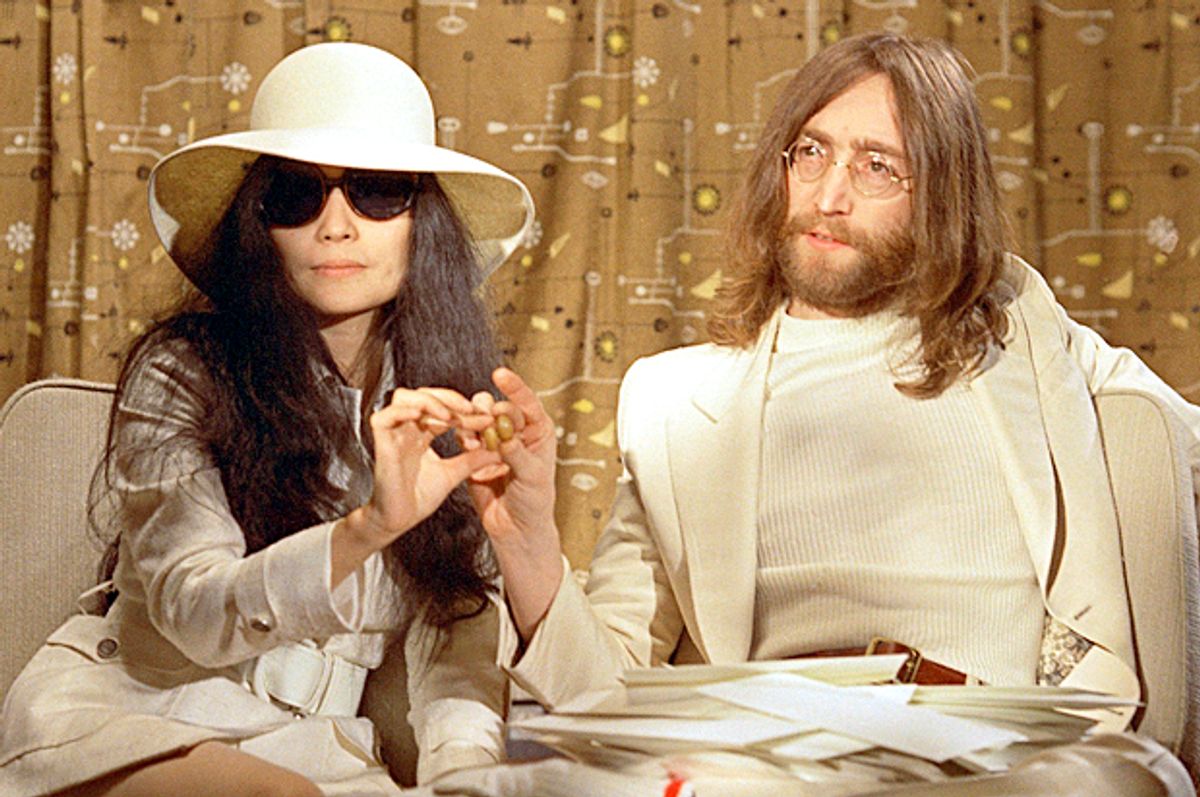 John Lennon famously said that Yoko Ono should receive a credit for his classic 1971 song, "Imagine." Nearly half a century after the song's release, his wishes will be respected.

National Music Publishers Association CEO David Israelite told an annual meeting of his group on Wednesday that Ono is going to be added as a cowriter for "Imagine," according to a report by Variety. Because songs don't enter the public domain until 70 years after the death of their last living creator, Israelite anticipates that the move may meet with some opposition.

"This is the best time of my life," Ono said as she accepted the award. She later added, "And I am so surprised that Sean created his own vision . . ."

At this point Sean Lennon interjected, "Let’s not talk about me!"

At the time, Lennon acknowledged that "there’s a lot of pieces in it saying imagine this or imagine that. I know she helped on a lot of the lyrics but I wasn’t man enough to let her have credit for it. I was still selfish enough and unaware enough to take that contribution without acknowledging it."

He added, "I was still full of wanting my own space after being in the room with four guys and always having to share everything."

Although many Beatles fans blame Ono for breaking up the band, Paul McCartney made it clear in a 2012 interview with David Frost that these impressions were misplaced.

"She certainly didn’t break the group up, the group was breaking up," McCartney told Frost. In that same interview, he also acknowledged that Ono had helped inspire Lennon to write many of his greatest post-Beatles songs, including "Imagine."