The GOP's new brand of freedom: The privilege of being without health insurance

The mirage looming on this summer's horizon: GOP lawmakers think health care's a luxury like a shiny new iPhone 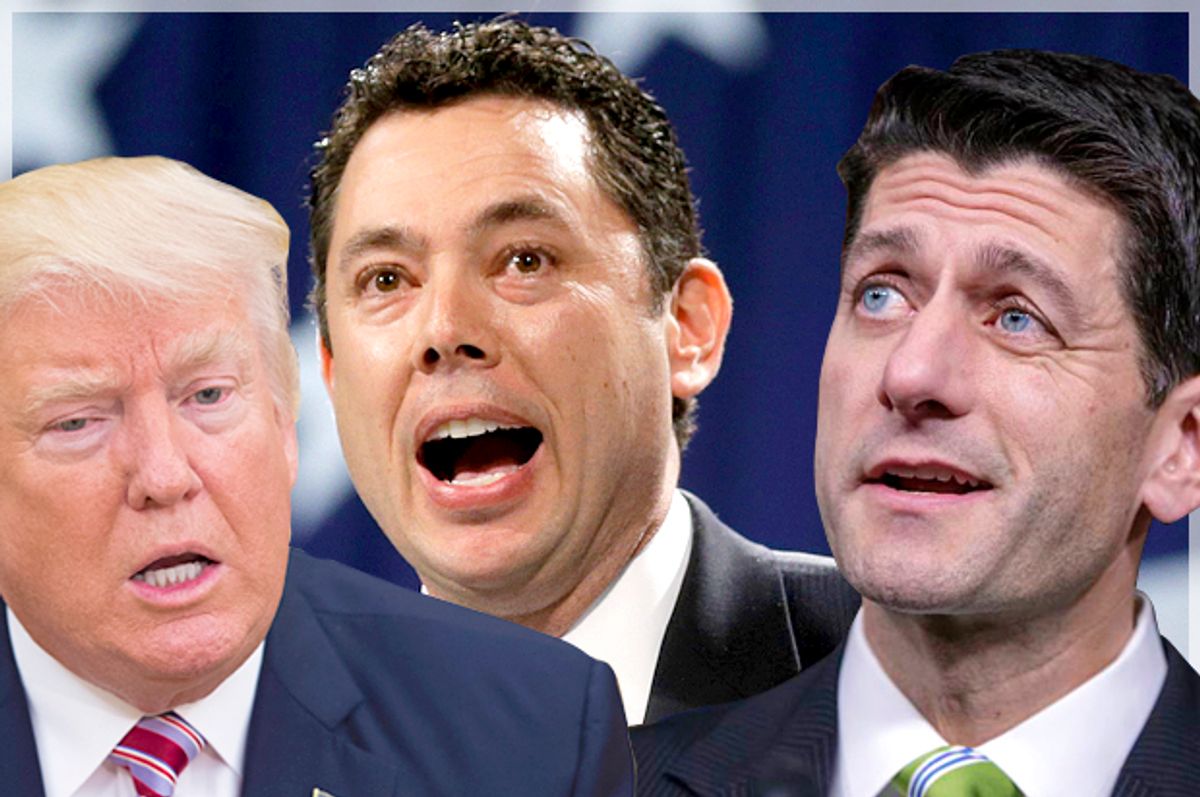 When I think of freedom, I think of it in positive, aspirational terms: our First Amendment freedoms, for example, or FDR's "Four freedoms" or the uplifting songs of freedom sung by oppressed people around the globe.

But right-wing, corporate-funded ideologues have fabricated a new negative notion of "freedoms" derived from individual choice. You're free to be poor, free to be politically powerless or free to be ill and uncared for; it's all a matter of decisions you freely make in life, and our larger society has no business interfering with your free will.

This is what passes for a philosophical framework behind many of the policies of today's Republican congressional leaders. For example, they say their plan to eliminate health coverage for millions of Americans and do away with such essential health benefits as maternity care for millions more is just a matter of good old free-market consumerism. As explained by Jason Chaffetz, a Utah Tea Party Republican, "Americans have choices. And so maybe, rather than getting that new iPhone that they just love and they want to go spend hundreds of dollars on that, maybe they should invest in their own health care."

Lest you think that Chaffetz must simply be an oddball jerk, here's a similar deep insight from the top House Republican, Speaker Paul Ryan: "Freedom is the ability to buy what you want to fit what you need." Yes, apparently, you are as free as you can afford to be. As Vice President Mike Pence recently barked at us, Trumpcare's you're-on-your-own philosophy is all about "bringing freedom and individual responsibility back to American health care."

The GOP's austere view is that getting treatment for your spouse's cancer should be like buying a new pair of shoes,, a free-market decision by customers who can choose their own price point from high-dollar Neiman Marcus to barging-basement Dollar General. And some go barefoot. But then that's their choice.

So that's what Republicans' Trumpcare is offering us, this "freedom" from health care. Well, good news, people: At last, congressional Democrats have gotten a clue, grown some spine and are beginning to act like, well, like Democrats!

In particular, a majority of Dems in the U.S. House are responding to the rising public demand that decent health care be treated as a right for everyone, rather than being rationed by profiteering insurance conglomerates. Nearly 6 of 10 Democrats in the House have now signed on to Rep. John Conyers' "Medicare for All" bill, which is being carried in the Senate by Bernie Sanders.

Yes, but many speed bumps remain on the Democratic Party's entry ramps onto the moral high road of politics. Rep. Nancy Pelosi, for one. When the leader of House Democrats was asked if the party should make health care for all a major issue in Congress and for the 2018 elections, she replied with a flat "no." Basically, Pelosi is saying "the American people" aren't ready for it, by which she really means that the narrow slice of the public that inhabits her world — health industry executives, lobbyists and big campaign donors — aren't ready. Meanwhile, a good 60 percent of regular Americans are damned sure ready, telling pollsters flat out that our government has a responsibility to ensure that everyone gets the care they need.

Let's be blunt: When it comes to the fiery leadership that America's grassroots people want and need, the Democratic Party establishment is weaker than Canadian hot sauce. When you've got 60 percent of your party's rank-and-file congressional members ready to go on such a basic issue, and 60 percent of the public is also ready to go,  it's time to go! The national party's "leadership" must get going on health care for all, or the leadership itself must go.