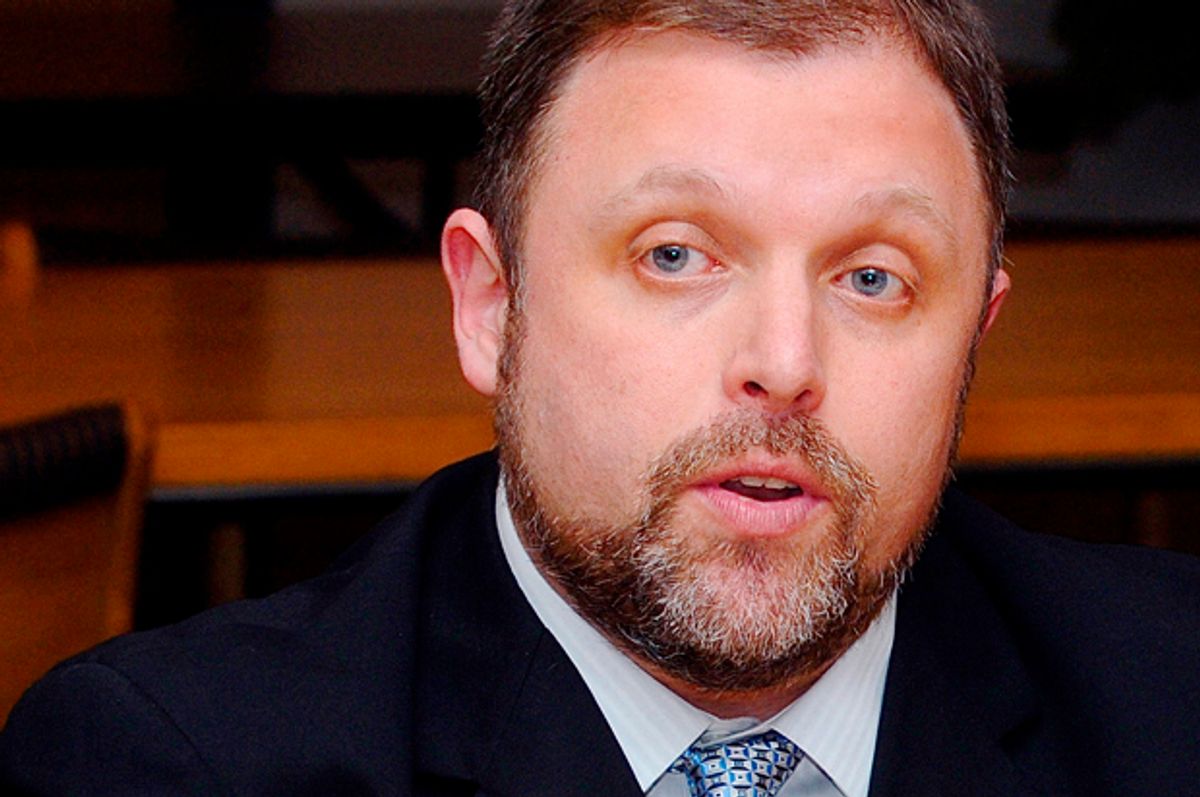 Barack Obama was America's first black president. During his two terms in office he was beloved by African-Americans and other people of color. Obama was also extremely popular among tens of millions of white Americans as well. Even now after his departure from office, he continues to be among the most respected public figures around the world.

Despite his centrist, moderate policies and avoidance of overtly liberal or progressive ideology, Obama was an extremely polarizing figure. For many white people, he became a dangerous and frightening symbol. In response, the Republican Party became even more extreme in its thinly veiled embrace of racism and white identity politics. For a certain strain of white conservatives, his very personhood seemed to embody an America where white people would, in the not too distant future, no longer be the majority group.

In this context, obvious forms of white supremacy and white rage are no longer perceived as shameful outliers in American public opinion and thought. In response to Obama's (twice) election, such sentiments have been brought into the mainstream of post-civil rights America as "reasonable" responses to white folks' anxieties and fears about a country where a white person like them was not president.

The sum effect of these forces (and others) was the election of Donald Trump as president. It was effectively a white-male privilege temper tantrum and a moment of backward-looking revanchist rage. Trump's promise to "Make America great again" was more than an empty catchphrase. It was a potent threat against the civil rights and freedoms of people of color, women, gays and lesbians, Muslims and members of any other group that Trump and the Republican Party view as somewhat less than "real Americans."

What role did white privilege play in Trump's election? How did America arrive at a point where apparent white supremacists and white nationalists could be among the president's inner circle? Are Trump's voters motivated by white rage against people of color? Do Trump's supporters in the "white working class" deserve empathy or sympathy?

In an effort to answer these questions, I recently spoke with Tim Wise, one of the United States’ leading antiracism activists. Wise is the author of numerous books, including “Dear White America: Letter to a New Minority,” as well as “Under the Affluence: Shaming the Poor, Praising the Rich and Sacrificing the Future of America,” that when it was published in 2015 in many ways prefigured the Trump phenomenon and what it portended for the future of American politics and society.

Our conversation has been edited for length and clarity. A longer version can be heard on my podcast, which is available on Salon’s Featured Audio page.

Why do you think the media are so reluctant to shine a light on the white supremacists in Trump's administration?

Of course, those of us who have tracked far-right movements have always known that there are multiple permutations. It's not like an Ancestry.com tree where you can just sort of trace it from Hitler on out and see the connections. I think it is easier for the media to say, "OK, we're going to leave the whole idea of white supremacy over here to the David Duke, Richard Spencer, Matt Heimbach types."

I can tell you that 27 years ago when I was first doing work against David Duke, anyone who had that kind of connection to his kind of thinking, such as Sebastian Gorka or Stephen Bannon, would have been absolutely persona non grata in American politics. Now it allows you to be a chief adviser to the president of the United States.

What do you think changed?

The United States is a thoroughly multicultural society in ways that it was not in 1990. [Back then] the economy had not just come through the biggest economic downturn since the Great Depression, where white folks experienced double digit unemployment for the first time in many decades. We hadn't had a black president challenging certain white folks' views of what leadership looks like.

Another part of this dynamic is that for the last 30 years there were certain nice liberal folks whose argument about white nationalism was, "Let's not pay attention to it; let's not respond to it; let's not give them the credit that they don't deserve by actually even responding to their arguments." This idea that we didn't have to respond to their nonsense, I think, has proven to be a pretty bad strategy. I think that we do in fact have to directly confront white nationalists in the streets and also on the campuses. We also need to confront the entire logic behind white nationalism. Had we done that 25 years ago, I think, maybe we could have inoculated a lot of people against this nonsense.

How do you think the white backlash against Barack Obama and in favor of Donald Trump's racism and nativism will play out in the near future?

There are a couple of countervailing things happening at once. On the one hand, I think, we do have a lot of people between the ages of, say, their mid-teens to late 20s who are certainly more progressive around issues of identity relative to race, gender, sexuality and a lot of other things than previous generations. But there is a countervailing undercurrent of resentment and backlash among that same population. They're disconnected from community and they're disconnected from a sense of connectivity to others and human empathy.

A sense of imperiled masculinity is central to their rage and resentment. Men are the dominant group in American society and the world, yet this silly narrative of "white male oppression" still has traction among too many people. It is a bizarre fantasy.

I was thinking about this recently. White men of a certain type who have not been primed for a more egalitarian worldview must be very frightened now.

Men who have been so used to a world where physicality was what gave you the edge are now confronting a world where most economic means of production are not about physical labor anymore. What does that mean for men as a sex who grew up having thousands of years of domination fed by economic systems that pandered to our particular skill set and now all of a sudden have to just make do with our share? That must feel like the end of the world.

The rise of Trumpism has also inaugurated a whole subgenre of anthropological writing on the white working class and the white poor, most notably with the book "Hillbilly Elegy" by J.D. Vance.  What's your take on this genre of writing?

When "Hillbilly Elegy" came out, I read it, and I thought, well you know, on the one hand I've always said, White folks, we need to put our dysfunction in the street because it's important for people to know that dysfunction is not the unique purview of black and brown people. But you gave voice to something important as well with your concerns about how poor white people will now be the focus of the narrative. This re-centers whiteness and then continues to obscure the pain and suffering of folks of color that America never really properly resolved.

The second risk also is that this subgenre of writing reinforces a larger sense of hostility to the poor and to the working class. We cannot forget that the author of "Hillbilly Elegy" is still very much connected to the right-wing policy world.

Vance almost literally says if you just work hard and make good choices, you too can be upwardly mobile — never mind structures and institutions.

The problem is, I don't want a more ecumenical "culture of poverty" theory. I don't need the culture of poverty theory to be more broad-based, rather than just anti-black, the way Charles Murray intended it when he wrote "Losing Ground." I don't need that theory to be more ecumenical. I need that theory to be destroyed. The theory is false. The solution needs to be that the white poor and the white working class needs to get together with black and brown folks and figure out a way to fight for a better system.

There is research which clearly shows that if you examine the dynamics of family, wealth and income among the white working class and poor it looks very similar to what we've been saying about black and brown folks in the same cohort. But white folks are not pathologized in the same way.

There is a clear double standard in the way that we talk about the pathological behavior of drug addiction and dysfunction when it's white folks, as opposed to black and brown folks.

Like that blubbering Chris Christie crying about his friend who was addicted to drugs. When I saw that last year, I laughed and said to myself, "Where was his sympathy for black folks and Latinos and First Nations people?"

One of the most highly correlated factors with Trump support, on a county-by-county basis, is the level of opiate addiction.

In a sense, Trump is the perfect candidate. Here is a guy who comes along and essentially is a walking, talking opioid. He's somebody who comes along and says, just like heroin does, just like OxyContin does, just like all these opiates do, he says, "I can take away your pain." Not only can I take it away, I can tell you what the source is and you just take me or in the case of an election, you vote for me and you won't have to be in pain anymore. But just like an opiate, he doesn't really solve the problem of these individuals.

There's a real discussion that needs to happen about this moment in American history where white folks more broadly are in a desperate search to be numb — numb to other people's pain, numb to their own suffering, seeking out scapegoats for their problems. Which of course is what addicts often do as well. To some extent if you become addicted to privilege, even if it's not great wealth, you've just become addicted to the privilege of being considered what a "real" American is.

I have no pity or sympathy or empathy for Trump's supporters. He is going to take away health insurance and destroy the social safety net for many millions of white voters who put him in office. I hate human suffering, period. But so many of Trump's voters are on a highway to hell that they eagerly chose to ride.

I'm of a mixed mind because on the one hand it's really hard to have pity when the guy has told you what he's going to do and then [you're] surprised when he does it. It's like going to a pizza party and getting there and saying, "What the hell, why do we have pizza?" They told you it was a damn pizza party; if you don't want pizza, you shouldn't have come.

The question is whether they will. My sympathy in that regard does not extend so far as to say that we should pander to these folks — because you can't pander to folks who aren't listening to facts; you can't pander to folks who are going to repeatedly vote not only against their own interests but against the interests of so many of their neighbors and friends and family and perfect strangers [whom] they should nonetheless care about. I don't want to pander to them. I'm not going to spend a lot of time bashing them or beating them up either because there's no need. I think the real issue is, we have to get better at crafting a narrative that essentially allows us to plow right through that kind of stupidity.