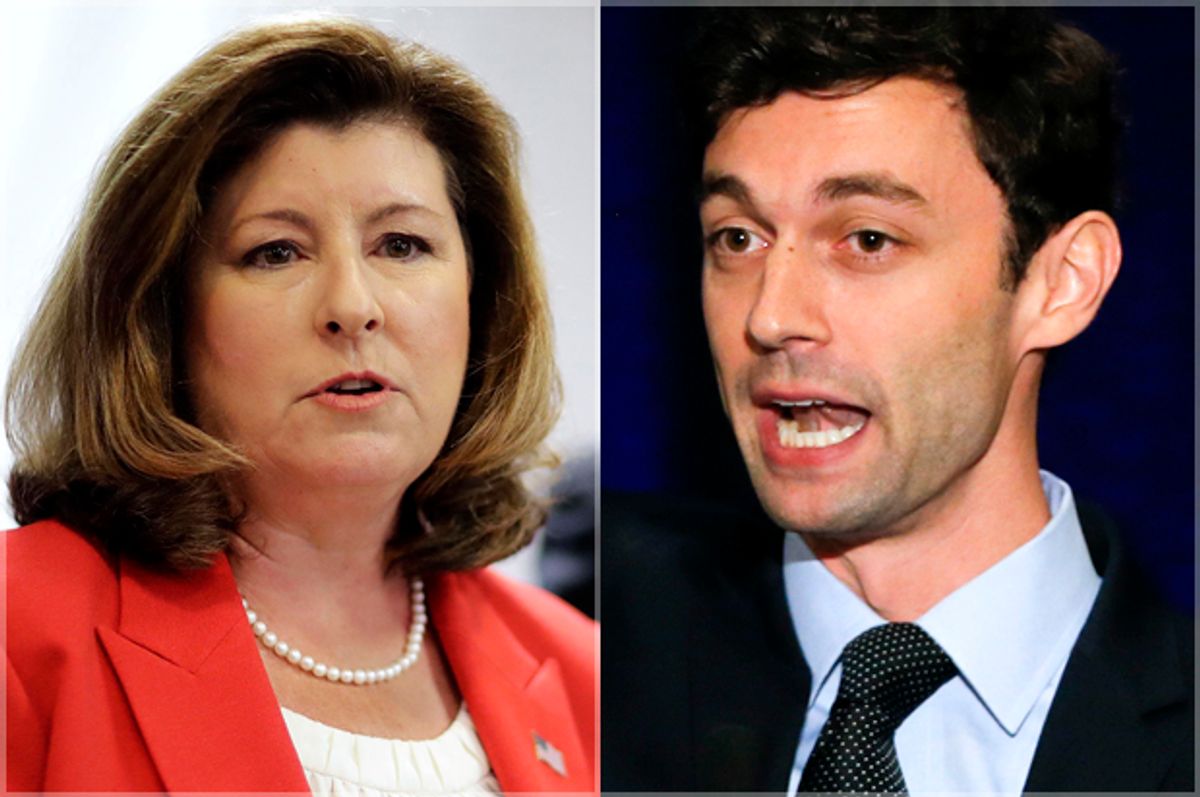 The special election in Georgia's 6th Congressional District just took a turn for the ugly, as Republicans are seeking to turn last week's tragedy at a Virginia ballfield into a get-out-the-vote message: A GOP candidate getting shot is good news for Republican candidate Karen Handel.

"I think the shooting is going to win this election for us," a Georgia Republican Party chairman said during a rally for Handel Saturday. According to the Washington Post, Brad Carver kept going, seeming to indicate this was a good thing to say.

Meanwhile, an ad from a Republican Super PAC linked Democratic candidate Jon Ossoff to both the recent shooting of Louisiana Rep. Steve Scalise and Kathy Griffin's controversial art piece showing a decapitated and bloodied Donald Trump head. It attempts to link Ossoff to both of these unrelated events by arguing that they're all part of the "unhinged left."

Another ad released by the Handel-backing Great America Alliance is being criticized for using a quote by President Barack Obama out of context.

"Plantation politics. Black people in the worst jobs," the ad intoned. "The worst housing. Police brutality rampant. But when the so-called black committeemen came around election time, we'd all line up and vote the straight Democratic ticket. Sell our souls for a Christmas turkey."

What the ad doesn't mention is that Obama was quoting a barber who was describing to him how Chicago politics worked prior to the election of its first African-American mayor, Harold Washington. It also omits the next line that Obama quotes, "White folks spitting in our faces, and we'd reward 'em with the vote."

Handel has been on the receiving end of her own unsettling experience. Letters with a white powdery substance that was later identified as baking soda were sent to her and several of her neighbors only one day after the Alexandria shooting, according to a report by The Washington Post.

President Donald Trump offered his own two cents on Monday morning, tweeting his support for Handel by linking her to his administration's stances on health care reform, tax reform and immigration.