Perry insists that on climate, "the primary control knob is the ocean waters and this environment that we live in" 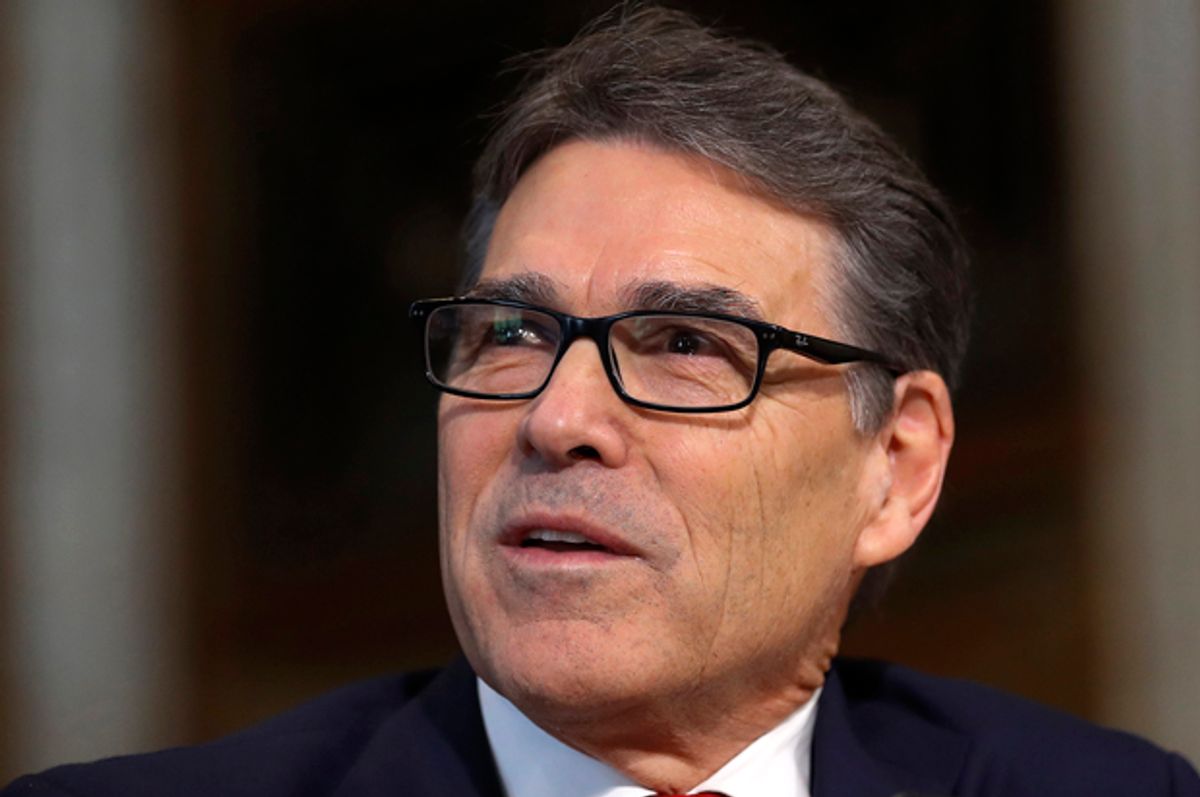 When asked on CNBC's "Squawk Box" to admit that the primary cause of global warming is carbon dioxide emissions, Perry instead claimed that "most likely the primary control knob is the ocean waters and this environment that we live in."

He added, "This idea that science is just absolutely settled and if you don't believe it's settled then you're somehow another Neanderthal, that is so inappropriate from my perspective."

NASA, the National Oceanic and Atmospheric Administration and mainstream scientists in general have reached wide agreement that global warming is primarily caused by CO2 emissions into the atmosphere resulting from human activity, as this Associated Press article makes clear.

This isn't Perry's first flirtation with humiliating gaps in his knowledge. During a Republican presidential debate in November 2011, Perry infamously forgot the name of the third government agency that he proposed to abolish.

"It’s three agencies of government, when I get there, that are gone — Commerce, Education and the, um, what’s the third one there? Let’s see," Perry said. When prompted by the moderator, Perry simply blurted out, "The third agency of government I would do away with — the education, uh, the, uh, commerce and let’s see. I can’t — the third one. Sorry. Oops."

Ironically enough, the that Perry couldn't bring to mind is the one he now leads as a member of President Donald Trump's Cabinet: the Department of Energy.

Shortly after that 2011 debate, which augured the end of his short-lived presidential campaign, Perry insisted that "everybody tomorrow will understand the Energy Department is one of those that needs to be done away with."