Russia is threatening U.S. planes after a Syrian fighter jet is shot down

Russia says the U.S. had a "flagrant violation of international law" by shooting down a Syrian jet 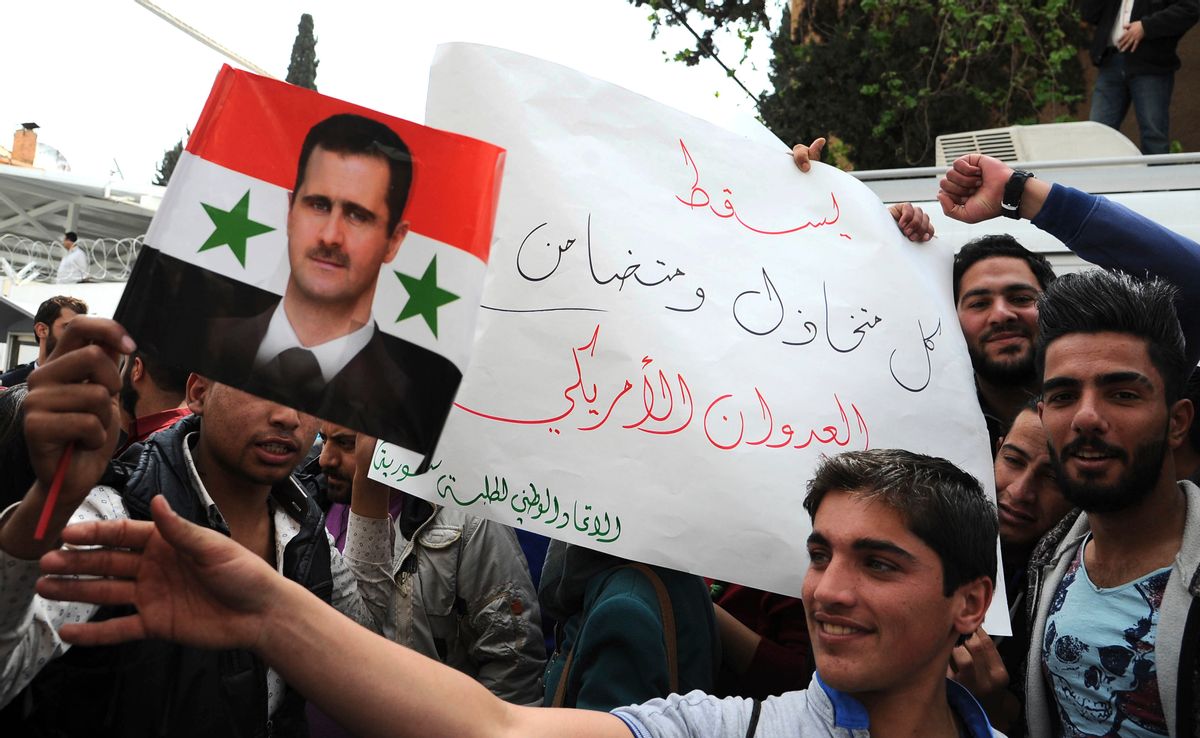 Russia is assuming an aggressive pose in response to the United States shooting down a Syrian aircraft on Sunday.

The U.S. F-18 Super Hornet shot down a Syrian SU-22 fighter-bomber that had just dropped bombs near the Syrian Democratic Forces, which is assisting the United States in its war against the Islamic State.

In response to this, Russia is saying that while its planes are engaged in combat missions, they will consider any aircraft or drones operated by American coalition forces as targets should they venture in Syrian airspace west of the Euphrates.

According to the BBC, the Russian defense ministry has stated that "any aircraft, including planes and drones belonging to the international coalition operating west of the Euphrates river, will be tracked by Russian anti-aircraft forces in the sky and on the ground and treated as targets."

The BBC also points out that there have been several previous clashes between the American and Syrian militaries. In September, planes from the U.S.-led coalition accidentally killed Syrian troops when it had intended to kill Islamic State fighters. In May, coalition forces bombed a convoy of pro-Syrian government forces. Earlier this month, they shot down an armed drone controlled by the pro-Syrian government.

On Monday, the Russian defense ministry released a statement saying that "multiple military actions of U.S. aviation under the guise of fighting terrorism against the legal military of a state that is a member of the United Nations are a flagrant violation of international law and constitute de facto military aggression against the Syrian Arab Republic," according to a report by The Washington Post.

The ministry added, "We view these actions by the American command as a conscious failure to neglect their responsibilities within the memorandum."