A massive trove of suspected Nazi treasures discovered in Argentina

The cache of artifacts does not, as some on the internet are speculating, prove that Hitler escaped to Argentina 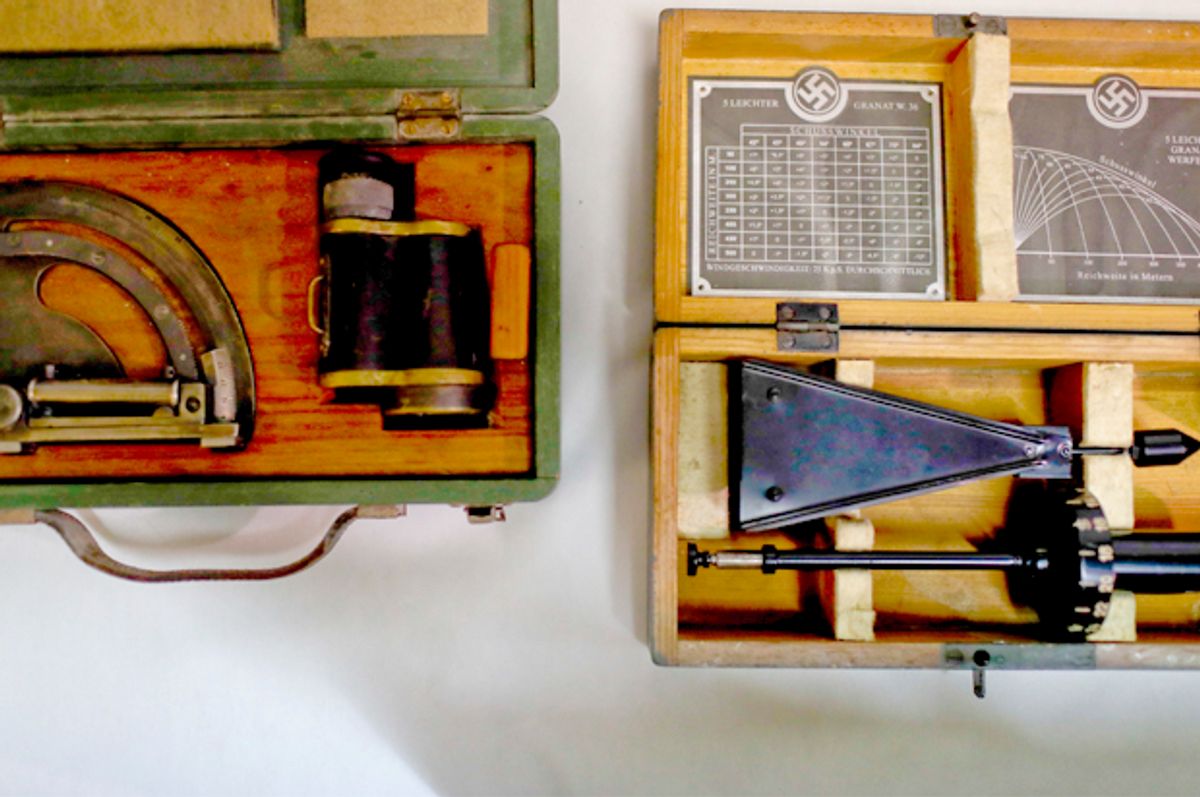 A raid on an Argentina home has yielded what many experts believe to be the largest collection of Nazi artifacts ever discovered in that country.

"Our first investigations indicate that these are original pieces," said Argentine Security Minister Patricia Bullrich, according to an Associated Press report on Monday. She later added, "This is a way to commercialize them, showing that they were used by the horror, by the Führer. There are photos of him with the objects."

One of the photographs (actually a photo negative) shows Hitler holding a magnifying glass similar to the ones found in some of the boxes. Some historians believe this may indicate that the magnifying glasses discovered were used by Hitler himself.

Among the other roughly six dozen pieces found in the Buenos Aires suburb of Beccar are toys used to inculcate children about the tenets of Nazism, a statue of the Nazi eagle over a swastika, a box of harmonicas, a bust relief of Adolf Hitler, a device used to measure head size and a Nazi hourglass.

The collectibles were discovered when Interpol, the international police force, began investigating how illicit artwork began to appear at a gallery in Buenos Aires. When authorities raided the collector's house on June 8, the Nazi artifacts were discovered in a secret room behind a large bookshelf. The collector, who remains unnamed, is free but under investigation by a federal judge.

Many people on the internet are speculating that this discovery proves that Hitler faked his suicide and fled to Argentina, with some individuals linking this find to stories of dubious origin about an Argentine centenarian who claims to be Hitler.

Although the current find does not add any convincing evidence to verify that Hitler escaped to Argentina, prominent Nazis fled to South America after World War II. The infamous Nazi doctor Josef Mengele, nicknamed the "Angel of Death," traveled to several South American countries after the war, while Adolf Eichmann (who was in charge of executing Hitler's Final Solution) was apprehended in Argentina before being deported and tried in Israel.