The daring of "Queen Sugar": A new season explores the social and economic weight of legacy

The drama's second season looks at the value of legacy, ownership and wealth 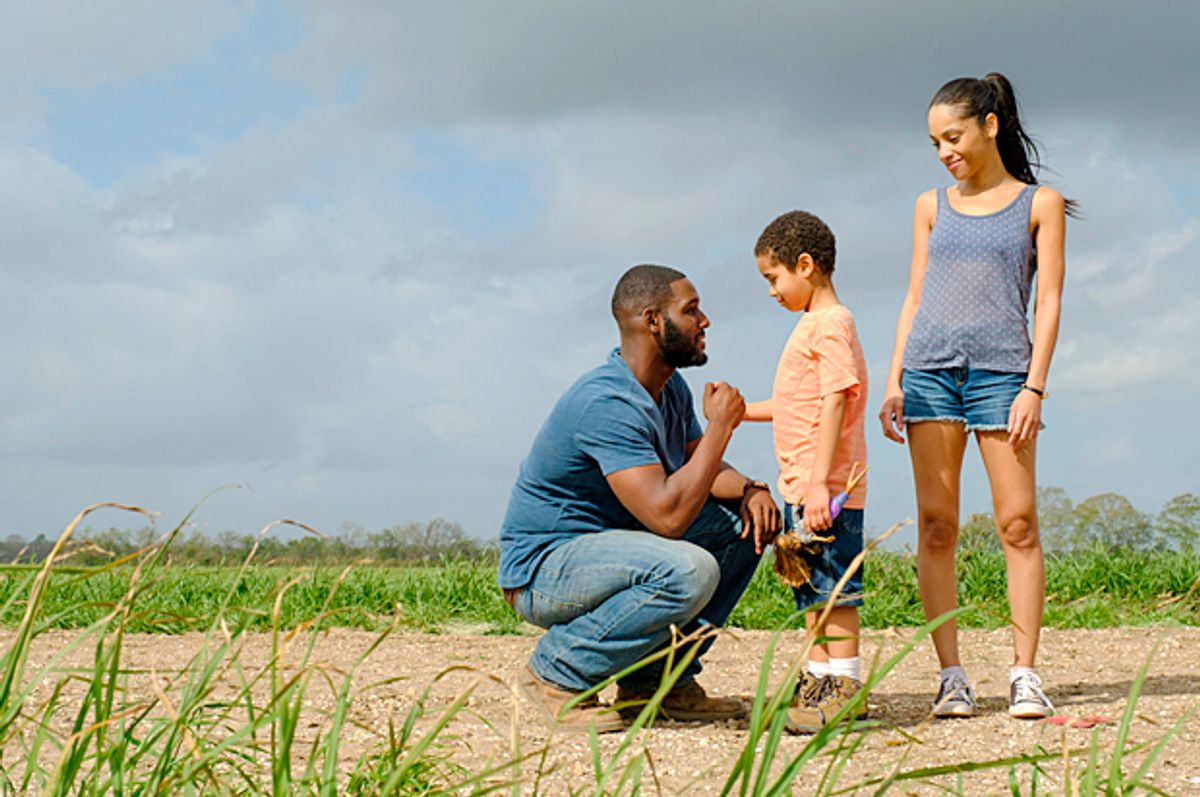 The very existence of “Queen Sugar” is an act of black daring. Think about it: Here is a series executive produced by Ava DuVernay and Oprah Winfrey, a pair of African-American creators who have dedicated significant portions of their careers to telling the stories of women and people of color. In doing so they’ve expanded their influence in an industry that overwhelmingly favors white men. The show airs on OWN, a network founded by Winfrey. She and DuVernay launched the series last year to record ratings for OWN, and DuVernay set a high stylistic bar that the series’ directors — all women, for every episode — met handily.

In “Queen Sugar,” the drama to which they’ve signed their names and imbued with their clout, the audience is invited to witness the lives of the Bordelons, three black siblings who are struggling to run the ailing sugar cane farm their late father left them. None of them is a doctor, a politician or a lawyer. Two of the three aren’t rich; one is striving to rebuild his life after a stretch in prison. On paper, only he has a real stake in trying to make the farm work. His sisters have found success in their respective professions, operating at levels he has trouble matching because he's an ex-convict.

But let's return to that concept of black daring. The second season of “Queen Sugar” appears to be amplifying that idea as it debuts over two nights, Tuesday and Wednesday at 10 p.m. The narrative swings look broader and the stakes are higher than they were in its first season, when Charley Bordelon West (Dawn-Lyen Gardner), Nova Bordelon (Rutina Wesley) and Ralph Angel (Kofi Siriboe) struggle to find their moorings in uncharted territory. As they reclaim their roots in the fictional town of Saint Josephine, Louisiana, they also figure out how to relate to and rely upon one another.

None of them had a clue about how to run the family farm as the series began. By the season’s end they realize that their father left them with an intergenerational charge that requires them to find a way for the sake of the family but, more than this, for the community at large.

For the beginning of the second season, showrunner Monica Macer doubled down on the value of legacy and made Charley Bordelon its engine.

For the lion's share of her adult life Charley has directed her efforts toward securing a legacy through her husband Davis West (Timon Kyle Durrett) and his professional basketball career, sculpting his image and forging a brand that makes him a golden boy among sponsors. But Davis destroys that image in a scandal that dominates a large chunk of the show’s first season and upends Charley’s confidence in her abilities and taints his relationship with their son Micah (Nicholas L. Ashe).

But the writers transformed Charley’s anger into motivation. For Charley has ambition and extensive business skills; she is made for success and won’t accept anything less than the utmost in achievement. In season 2, her opening move is to purchase a sugar mill and grind the cane supplied by the area’s black farmers — families that previously took their business to mills owned by the wealthy white planters who own much of the area’s land. The Bordelons’ entry into the milling business isn’t just a savvy move for their family; it’s the first salvo in what will no doubt be a battle pitched between the descendants of slaves and the rich heirs of the landholders who used to own these slaves.

The unflustered audacity of the plot is just one of the elements that makes “Queen Sugar” a rare act of beauty and bravery on television. While it caters to the tropes and archetypes that television viewers want in addictive storylines, each episode is unquestionably cinematic in scope and execution as it weaves an enticing and unapologetically political narrative.

But here is where the concept of daring takes on the specificity of the African-American experience. For it is through these characters that “Queen Sugar” depicts the weight of identity and legacy on the black experience. African-Americans live in a culture that hard sells the concept of individuality and equality. At some point in our lives many of us figure out that second notion is a lie. But are we really free to be the people we want to be if our families and the community at large expect us and need us to be something else? And does it matter if the viewpoint of the larger world refuses to shift to see black men and women as individuals?

Nova confronts this directly at the end of the first season when she concludes that her activism puts her at odds with her love life. She firmly believes she’s free to love anyone she chooses, regardless of gender or race. Yet she breaks off her relationship with a man who commits himself to her — less for the reason that he’s white than for where he works: He’s a cop in a region where overpolicing of poor black communities is a flashpoint.

Siriboe’s portrayal of Ralph Angel, meanwhile, touches on all the nuances of the challenges faced by black men who have served time in the penal system and radiates his character’s frustration with a sense of proud, painful forbearance.  DuVernay has explored the lasting impact America’s prison industrial complex has had on African-American communities in several films, the best known being her documentary “The 13th.” But Ralph Angel puts a human face on the struggle, centering it in a gentle man, who is a patient partner to his ex, Darla (Bianca Lawson), and an involved father with few avenues to self-reliance but for the family farm. His father bequeathed him a chance to make a clean start, in other words. And so far he’s shown that he's good at farming.

Charley, though, may be the most familiar and pluckily realized character on “Queen Sugar.” She checks all the boxes of a typical prime-time soap villainess: she’s wealthy, scheming, righteously furious and a blackmailer. But the legacy Charley values the most is financial, the only pillar that has any true longevity in this world. We stand at a time when declining home ownership among African-Americans has become a significant barrier to building wealth that can be passed on, to give the next generation a leg up. Charley and Davis are wealthy and famous. But Charley also is angry, and as a favorite character on another cable drama is fond of pointing out, angry gets shit done.

Remy, a friend of the Bordelons (played by Dondré Whitfield), warns Charley that Saint Josephine is littered with people like her who took on the area’s sugar giants, families with a long ugly history in the area that left bodies in their wake. But her pride and determination to resist the tide of history by refusing to walk away from a birthright bought and paid with the sweat and blood and pain of her forebears is gripping and perilous — and exciting.

Season 2’s opener also reminds us of the limits society places on African-Americans regardless of status or achievement and that this is doubly true for black women. The situation these characters face is all too typical and frustrating to watch. And the Bordelons keep on daring nevertheless.