The real problem with "All Eyez on Me": To fans, Tupac's biopic needed to be perfect 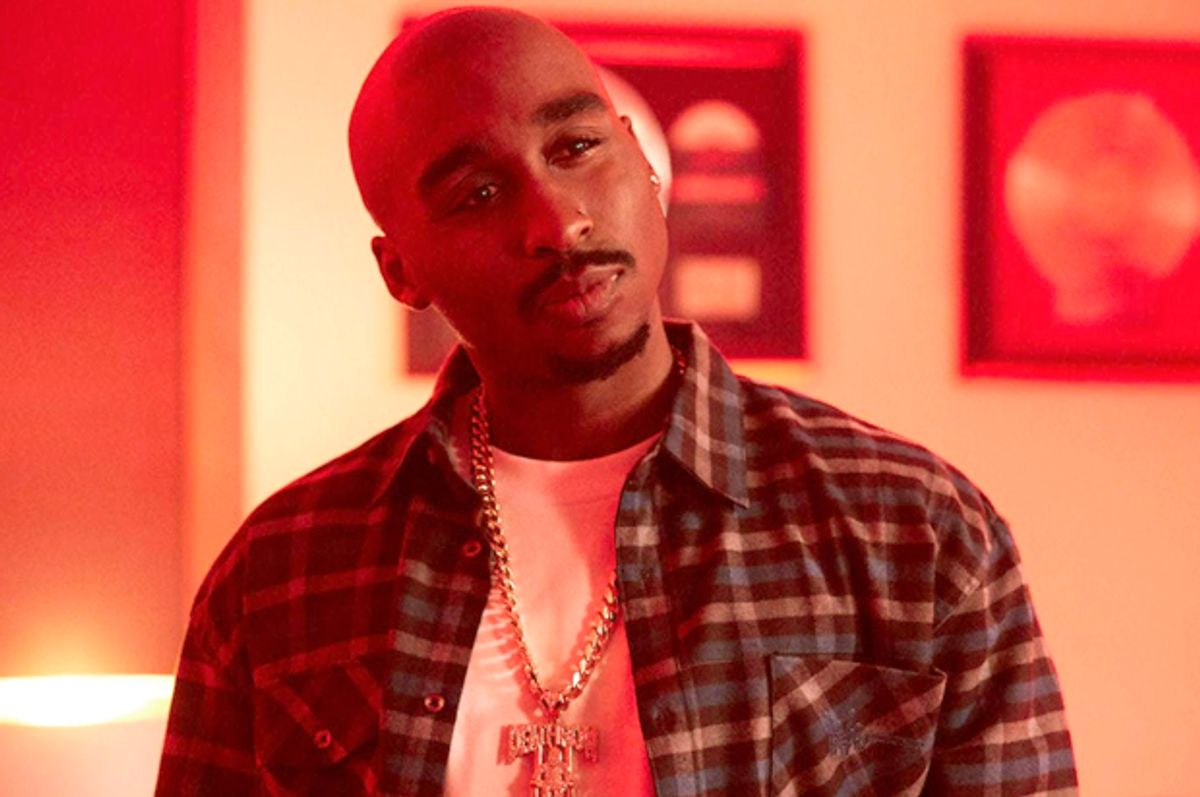 Demetrius Shipp Jr. as Tupac in "All Eyez on Me" (Lionsgate)
--

My friends have been trashing the Tupac Shakur biopic "All Eyez on Me" since it came out last week. They haven’t been alone either. Many celebrities have been vocal about their frustrations with the film as well.

“Man I watched the 2 PAC film, that was some bullshit," rapper and actor 50 Cent wrote on Instagram. "Catch that shit on a fire stick trust me. LOL SMH TRASH."

"I just want you to keep me in mind when you watch that shit,” 50 wrote in a separate Instagram comment, according to XXL. “Straight out of Compton was good. That was a bad movie man, 2PAC is suppose to be a classic they they fucked it up. John Singleton said it was wack, I had to see it for myself. Go check it out you gonna be mad as a mother fucker. I want my money back now!!!"

Jada Pinkett Smith, a lifelong friend of Tupac who was portrayed in the film as well, took to Twitter to denounce the film. “Forgive me," she wrote. "[M]y relationship to Pac is too precious to me for the scenes in All Eyez On Me to stand as truth. Pac never read me that poem. I didn't know that poem existed until it was printed in his book.”

She wrote, “Pac never said goodbye to me before leaving for LA." And she added. "He had to leave abruptly and it wasn't to pursue his career. I've never been to any of Pac's shows by his request. We never had an argument backstage.”

Equipped with celebrity reviews and the backstory, I still tried my best to go to the movie with a clear mind. Pinkett Smith had a real personal relationship with Pac, so I hold her opinion of the film in the highest regard­­. But 50 and I, along with all my friends who said they hated the movie, are cultlike Tupac fans. Tupac was our Jesus, our Elvis and our Michael Jackson all rolled into one hyperaggressive multitalented artist, and I knew going in that would present a challenge. Fans like us love Tupac so much that we don’t want anyone to play him. They could have thrown Denzel Washington — who is arguably every black person’s favorite actor — into a time machine to portray Shakur, and we still would’ve had an issue with the performance.

My father felt the same way about Muhammad Ali when Will Smith played him in 2001's "Ali." I thought Smith did an amazing job — truly an Oscar-worthy performance, though he lost to Denzel that year.

“Are you crazy?” My father yelled. “Ali is Ali! And the man already played himself! Smith's goofy ass can’t top that!”

Sixteen years later, I finally understand my dad's argument. Although he was also an actor, Pac never played himself in a feature film, but his life was a movie that we loved to watch. We felt cheated when it ended so soon. Demetrius Shipp Jr. took on an impossible job portraying Tupac, and I applaud Shipp and director Benny Boom for being brave enough to take on this story, especially since this is Shipp's first feature film role. But his inexperience is still a valid reason for fans to be upset. Tupac was our hero; the filmmakers shouldn't have placed his portrayal in the hands of an untested actor. In boxing, you don’t start out fighting the undefeated Floyd Mayweather. You have to work your way up to that level. Shipp did OK, but that's not good enough for Pac. We needed him to be great.

Other gripes that I've heard from fans involve the timeline and parts of the story that are missing (which are frequently issues in biopics), as well as Shipp’s inability to fully capture Pac’s revolutionary spirit. But other than that, the film is entertaining and gives new audiences a general idea of why Tupac was so special to millions of people. No biopic will ever get everything right, so treat them like Wikipedia instead — a source to give you the basics. If you want the real story, then watch for yourself Tupac’s amazing collection of films, including "Juice" (1992) and "Above the Rim" (1994) — and brilliant interviews. And please listen to his music because there lies the truth.