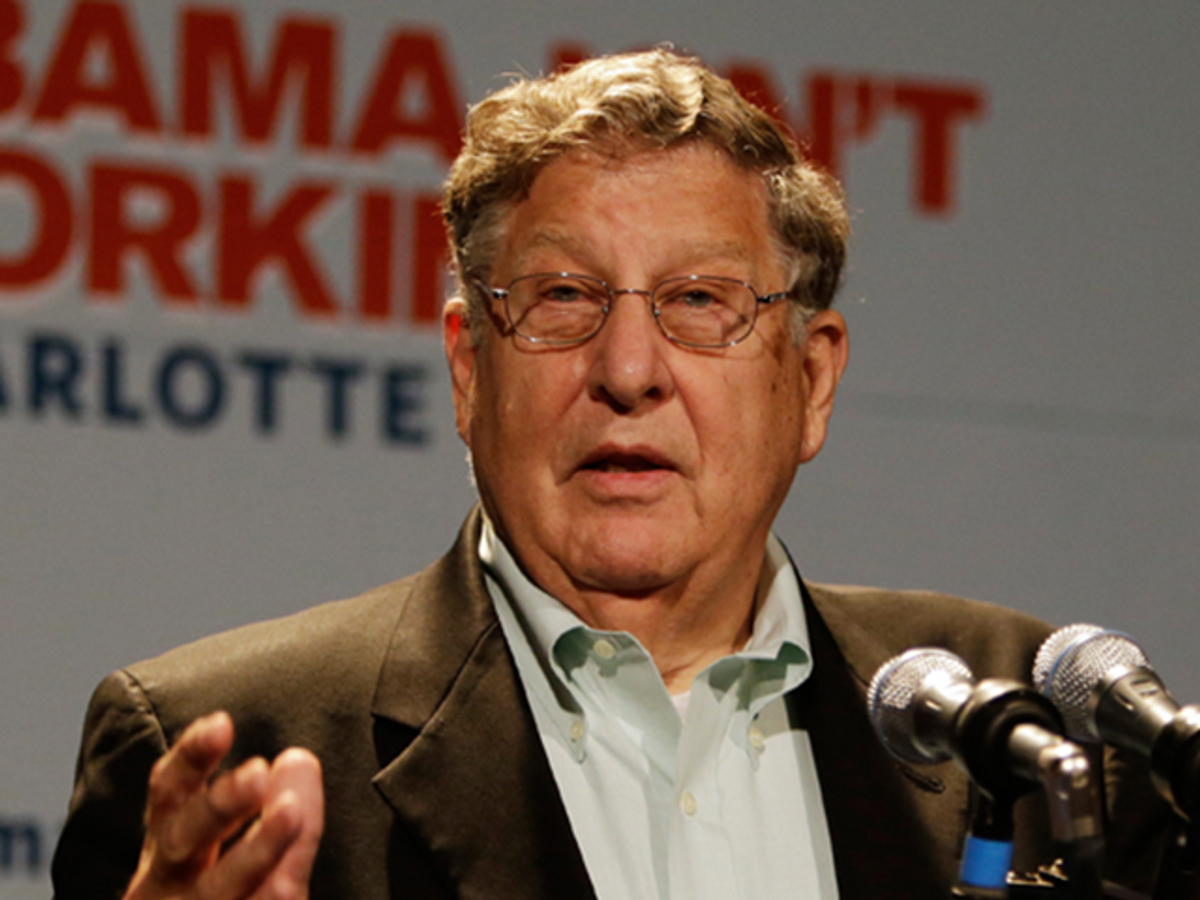 John H. Sununu, the former Republican governor of New Hampshire who is perhaps best known for serving as President George H.W. Bush's chief of staff, recently appeared on Salon Talks for a video conversation about his book on the one-term tenure of his former boss, "The Quiet Man: The Indispensable Presidency of George H.W. Bush." (It was first published in 2015, but is just out in paperback.)

In well-informed and accessible prose, Sununu lays out a case for the possible greatness of a president whose accomplishments have long seemed eclipsed by the charismatic and divisive figures who came before and after him -- Ronald Reagan and Bill Clinton, respectively -- and who runs the risk of being confused for all posterity with his far more famous (and notorious) son. Even many liberals and progressives who disliked the senior Bush at the time may have reason to look back at him fondly today: He was the last Republican president to hold somewhat nuanced positions on "culture war" issues like abortion and gun control, and famously described Reagan's trickle-down policy of tax cuts for the rich as "voodoo economics."

Compared to the current occupant of the White House, Bush 41 may look to many people like a veritable Renaissance man, a topic Sununu discussed, if only briefly. Interestingly, he was inclined to praise Trump during our conversation, even though his former boss was reported to have supported Hillary Clinton in the 2016 presidential election. It was the first time in living memory that a former president had refused to support a nominee from his own party, a fact that clearly made Sununu uncomfortable.

What qualities did George H.W. Bush possess as president that you think other leaders can learn from, whatever party or ideology they represent?

Well, George Herbert Walker Bush, first of all, was smart. He really was an individual that came to the office with a lot of intelligence. He had experience. His résumé is well-known: vice president, head of the CIA, first U.S. representative to China, member of Congress, head of the Republican Party. So he came with experience both out of the business world and out of the political world. And he had a pretty good ear for politics. Sometimes he was a little too accommodating of the other side, in my opinion, but he had a very good ear for politics. But most of all, he really was an individual who was willing to give credit to others and, in working out solutions, really was ... able to sit back and put the country first. I really think that combination of qualities is rare in the presidency, and even though he only served one term ... those qualities allowed him to get tremendous successes in foreign policy and end up passing more successful important domestic legislation than any president except Lyndon Johnson and Franklin Roosevelt.

You discuss civil rights and Bush's record when it comes to civil rights. Some aspects of his record — for instance, the Americans with Disabilities Act — are very admirable. But other things about his legacy are a little more iffy. You devote several pages the crime legislation that he passed, which ultimately culminated in Bill Clinton's big crime bill of 1994, which is now widely seen as disproportionately impacting racial minorities. You try to present Bush as something of a progressive on racial issues, but millions of African-Americans and Hispanics have suffered because of the draconian policies involved with the war on drugs. Does that tarnish his legacy?

I think if you go back and look at what the president put forward as his crime bill, it was a little bit different than what Bill Clinton expanded it to be. But I actually give them both credit for passing legislation that was critical at the time in the country. That legislation probably has to be rehoned and I would not oppose a smart reform of that legislation, but at the time the country really was going through an inner-city crisis with a lack of resources in local police departments, county departments, municipal departments. And I think what President Bush and Bill Clinton both did in that legislation ... was to send federal funding and federal assistance in terms of equipment that was lacking in those departments. I think both Clinton and Bush deserve credit for helping modernize local police forces.

Look, you and I are going to disagree on what is a constructive approach to dealing with some of the drug issues that were prevalent at the time. I think both Clinton and Bush made a positive contribution to dealing with a very difficult problem. You feel otherwise. I'm happy to let your viewers and listeners decide whether or not it was a plus or a minus. I will acknowledge that there were tough sentences built into that. There was an aggressive program to try to get drug dealers off the streets. You feel it went too far. I feel it didn't go far enough.