Here's a look at how Ossoff, Handel and outside interest groups played a role in the most expensive election ever 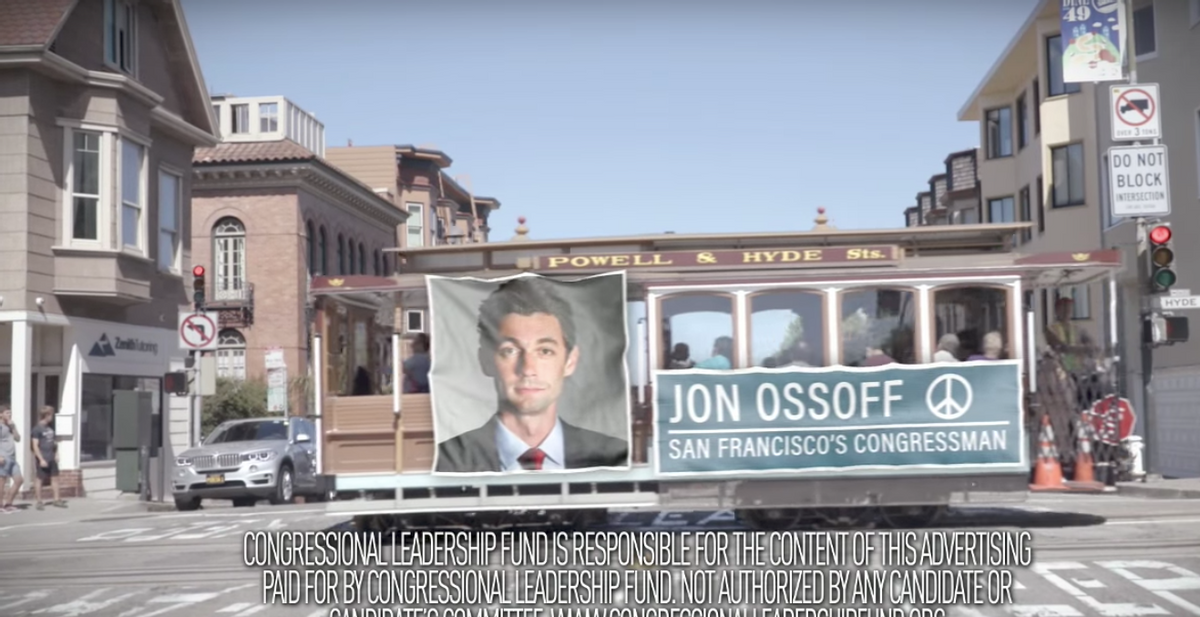 Jon Ossoff, as the pre-election story goes, was an anti-Donald Trump candidate because he connected with anti-Trump voters across America in order to "Make Trump Furious." Funded by mostly small donations of less than $200, he wasn't focused on the issues like his Republican challenger, Rep.-elect Karen Handel, was.

Handel's campaign speeches were almost always on the issues, "[she] talked up her experience in Georgia of balancing budgets, creating jobs and keeping taxes low."

But a look at the campaign ads tells a different story. The Ossoff campaign focused on portraying him as a serious, focused problem-solver, while the Handel campaign cast him as an inexperienced, lying, terrorist-loving, weak San Francisco hippie politician.

Here's an ad from the Handel campaign, painting Ossoff as a puppet of Iran who may or may not give the country the green light to nuke Georgia.

Meanwhile, the Republican Congressional Leadership Fund — a Republican super PAC — spent part of their $6.5 million in funds they poured into this race to show that Ossoff wasn't a puppet of Iran. No, he was a puppet of San Francisco.

The attack ads on Ossoff were consistent, clear messages.

It is true that Ossoff did make a campaign ad against the president. That ad came in March, before the April 18 run-off election, and focused on Trump's Twitter habit.

But after the run-off election, Ossoff's campaign strategy was to position himself as a non-partisan, independent voice for the Georgia district — determined to spur economic growth on the heels of new high-tech jobs and cutting government spending.

For the supposed anti-Trump candidate, Ossoff's messages were pretty upbeat, like this one about how much money Washington was wasting.

Both candidates benefitted from — or should we say, hammered by — spending from outside interest groups. The conservative Club for Growth attacked Handel before the runoff election on her spending habits.

Handel's spending habit was a target for the Democratic Congressional Campaign Committee — the DCCC — which provided the teeth for Ossoff's campaign.

But no ad roundup is complete without the best, most absurd campaign ad of the year so far.