John McCain is complaining about the Senate's secretive health care bill, but not doing much else 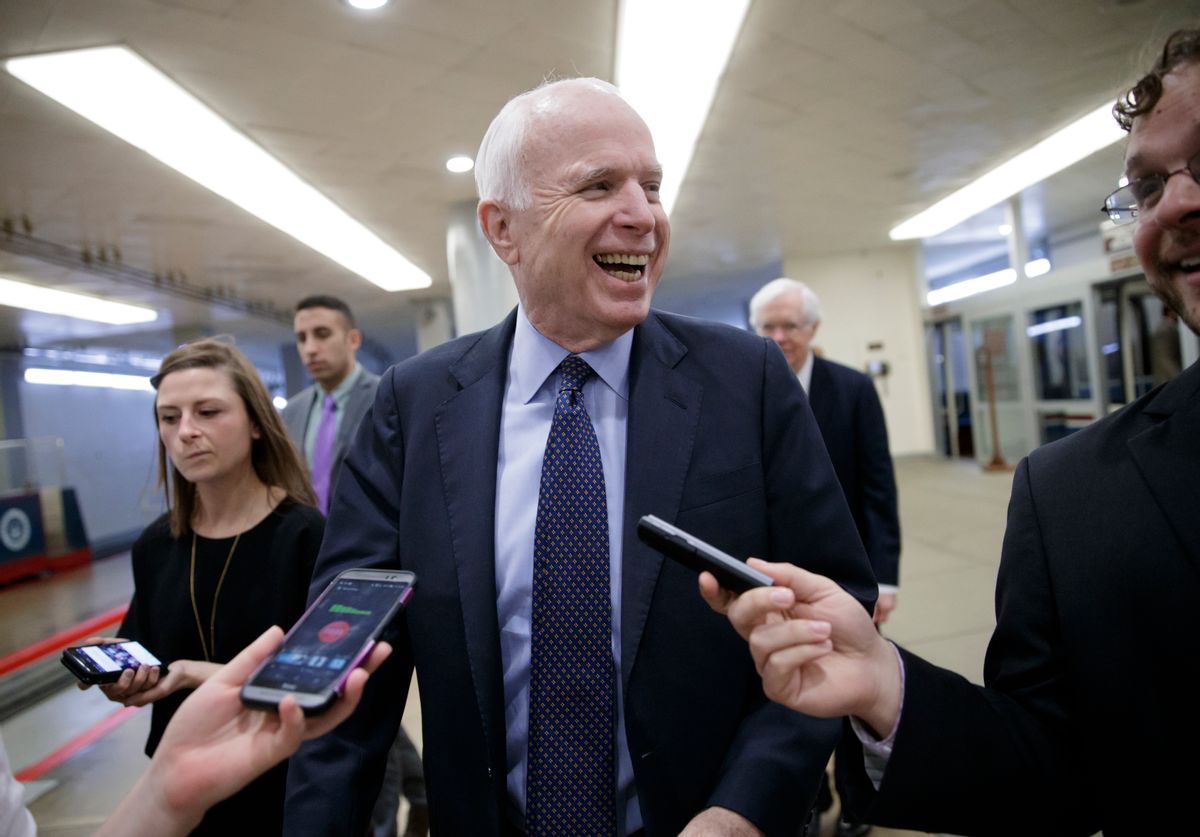 Many Senate Republicans are speaking out against the process used by their party's leadership to write a bill to repeal and replace Obamacare. Like their Democratic colleagues, they are noting that the bill is being written in secret and that they won't be given enough time to study it before needing to vote on its passage.

"It’s apparently being written by a small handful of staffers for members of the Republican leadership in the Senate," said Sen. Mike Lee of Utah in a video posted to his Facebook page. "So if you’re frustrated by the lack of transparency in this process, I share your frustration. I share it wholeheartedly."

Sen. John McCain of Arizona has also vented his frustration about the bill, although neither he nor Lee have given any public indication that they're doing something about it. When asked if he'd seen the bill, McCain replied, "No, nor have I met any American that has. I’m sure the Russians have been able to hack in and gotten most of it."

McCain was also recorded telling reporters that "we used to complain like hell when the Democrats ran the Affordable Care Act. Now we're doing the same thing."

.@SenJohnMcCain: "We used to complain like hell when Democrats ran the Affordable Care Act...we're doing the same thing." Watch: pic.twitter.com/t2LUbDWVlS

McCain and Lee aren't alone among Republican skeptics. Sen. Shelley Moore Capito of West Virginia has warned that spending limits on Medicaid may cost the bill Democratic support, Sen. Ted Cruz of Texas has admitted that "I don’t know what’s in the bill," and Sen. Rand Paul of Kentucky joked to reporters that "We might have to get the copy machine out."

Not surprisingly, Senate Republican estimates are that their party has far fewer than the votes they'll need to pass the new bill, prompting a Thursday morning meeting within the party that they hope will smooth things out for them.