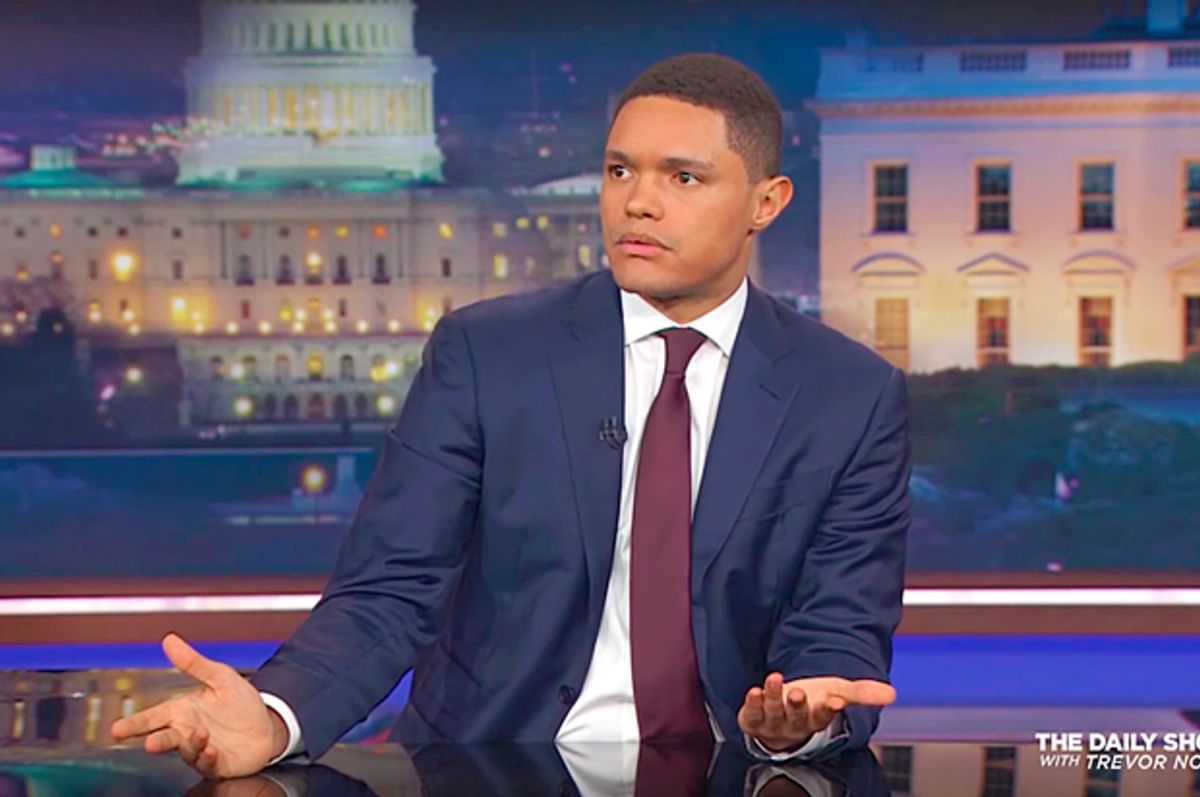 "Daily Show" host Trevor Noah has never shied away from speaking out against police brutality. His Tuesday night broadcast was a particularly strong example of that.

During his segment "Ain't Nobody Got Time For That", the South Africa-born Noah discussed his experiences as a black man living in America, and the acquittal of Jeronimo Yanez, the man who fatally shot Philando Castile in July 2016.

"It's just a part of a black person's life in America," says Noah in a Between the Scenes video. "Here's how crazy it is — I've lived in America for 6 years. . .  I have been stopped by the police maybe going on at least 8 to 10 times."

Through jokes and a reenactment of an interaction with police, Noah discussed a harsh truth that was highlighted in Castile's death and the countless other cases like it: even a traffic stop can prove fatal for a black person in America regardless if they do every single thing they're told to do. "As soon as I come to a dead stop I throw my hands out the window," he says while launching his hands at his desk.

Though he garners a round of laughs from the audience, Noah explains a reality much more vicious than his witty reenactment. He explains that there is a "state racism" that is created by the police force as an institution.