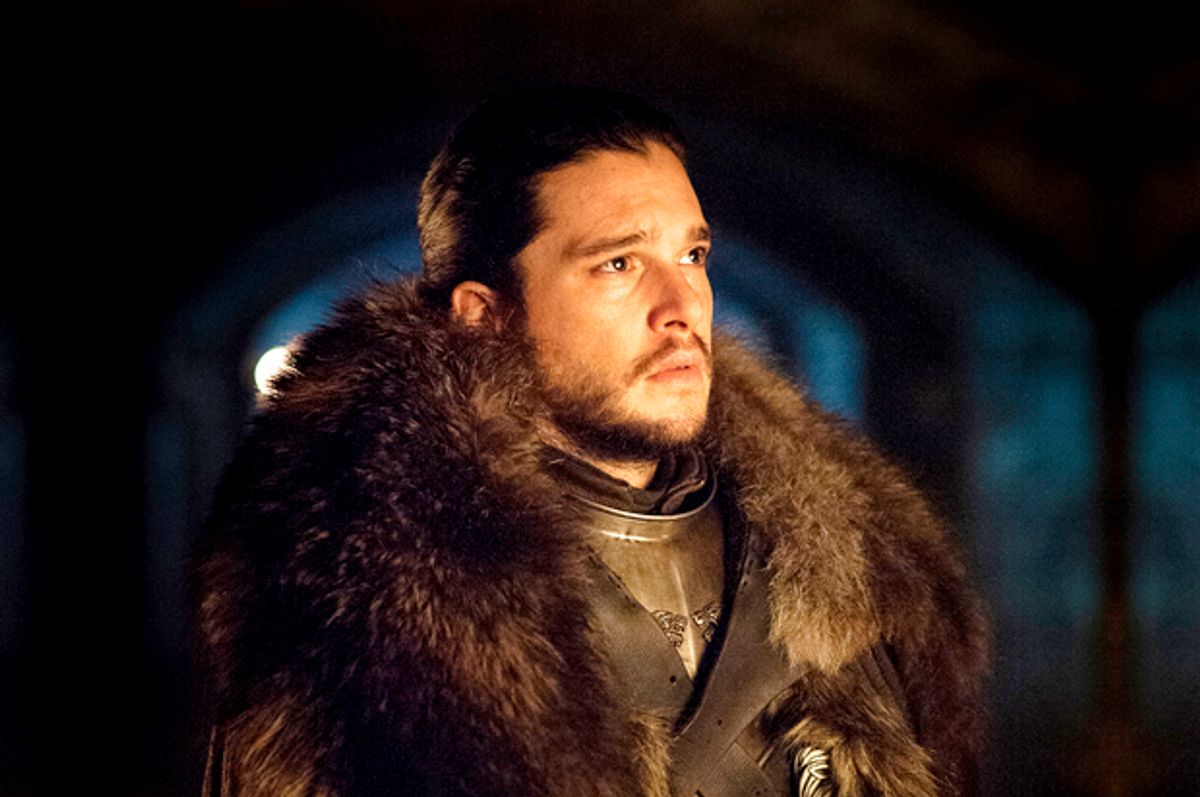 HBO has just released a second trailer for the upcoming seventh season of their tentpole fantasy series "Game of Thrones." It comes almost a month after the premium-cable network dropped its first preview for new installment of the multi-award-winning show inspired by George R.R. Martin's "A Song of Ice and Fire" book franchise.

Moodier and even more ominous than the first, today's trailer offers a slower burn than May's release, though is no less a tour of what's going on in the many war-torn corners of Westeros' seven kingdoms. Further, the White Walkers, the supernatural icebound zombie kings who present the greatest existential threat to the characters of Martin's world make their first appearance in the small trove of season 7 footage now available (as does Podrick Payne!).

Battles on land, in the sea and, at least partially, in the air are teased. Beric Dondarrion lights his flaming sword. Jon Snow, now the King in the North, ventures once again beyond the Wall. Tormund Giantsbane fights like a berserker. Tyrion looks pensive. The trailer is very much, as they say, a corker and features the chilling lines "When the snows fall and the white winds blow, the lone wolf dies, but the pack survives." Brrrrr.

Fittingly, the trailer ends with a new hashtag associated with a multi-platform promotional push by HBO, #WinterIsHere.

As reported here earlier, the next two seasons of "Game of Thrones" will be far shorter than previous installments, though longer episodes of near movie length are in the offing.

See the whole trailer below and start those fan theories brewing. "Game of Thrones" season 7 arrives on HBO July 16.