Alexis Bledel is returning for "The Handmaid's Tale" season 2, but how? 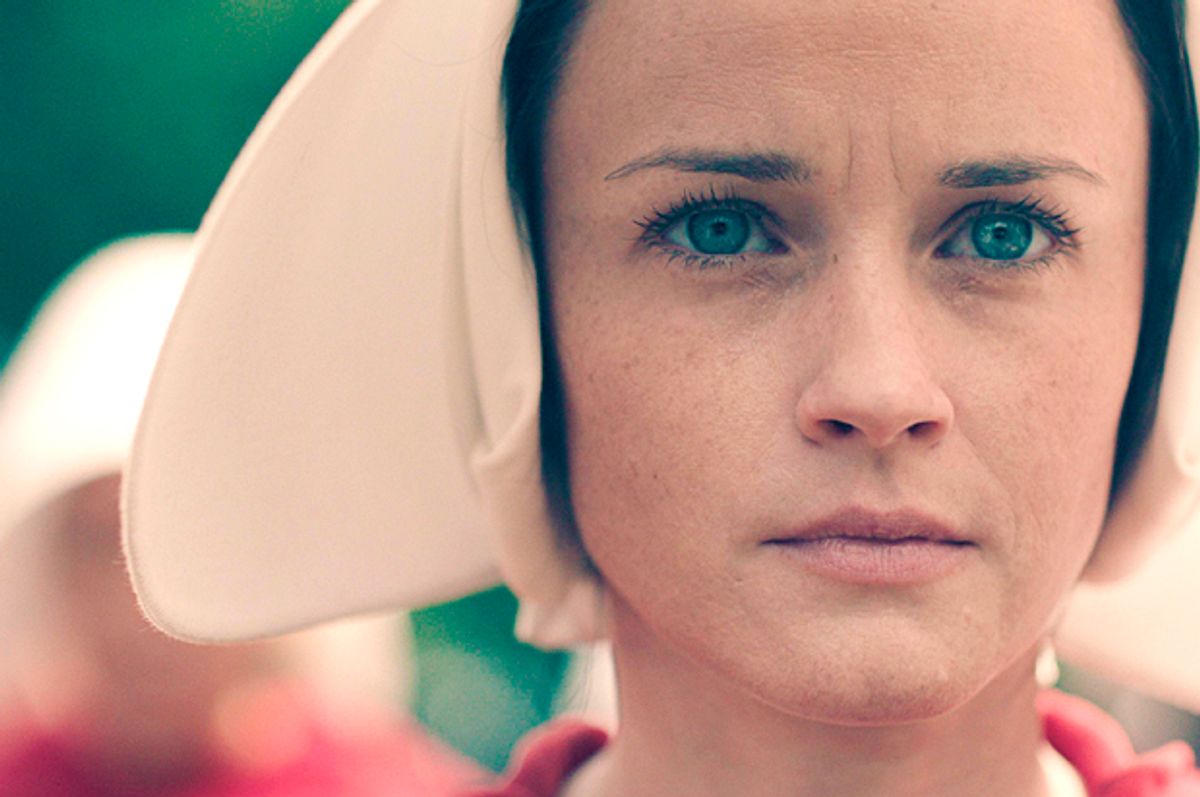 Alexis Bledel as Ofglen in "The Handmaid's Tale" (Hulu/Take Five)
--

According to a report in Variety, "Handmaid's Tale" guest star Alexis Bledel will be returning to the show as a series regular in the second season of the lauded Hulu property. As Bledel (known to many viewers beforehand for her work as Rory Gilmore in "Gilmore Girls") received high marks for what is perhaps the best performance of her career as Emily/Ofglen, it is welcome news for fans of the dystopian series and of good television in general.

Still, it's a bit of a surprise. To explain, let's get spoiler-y for a second.

Anyone who's watched the series in full knows that things don't go very well for Bledel's character at all. She is shunned and punished for her lesbianism, forced to be a living incubator for the rich, subjected to female mutilation and made to watch her partner being executed at hands of the theocratic patriarchy that rules the future America presented in the series (though not in that order).

After running over people in a car while striking back at the government of Gilead, the nation that has replaced the U.S., Emily (known by Ofglen after her indoctrination as a "Handmaid") is clapped in irons and presumedly dragged to a radioactive gulag where she will toil and find a very early death.

In the Margaret Atwood novel on which the Hulu series is based, Ofglen's fate is just as dark, though more specific. After killing a member of Mayday to save him from torture, she is found out as a resistance agent and commits suicide to prevent the Eyes (Gilead's secret police) from getting to her. It's heartbreaking that the main character, Offred, is informed of Ofglen's death by her replacement, a new recruit also named Ofglen.

It wouldn't have been too much to assume that TV viewers had seen the last of Ofglen. Certainly, many did guess that she was destined for an offscreen execution or a slow, painful death in a radioactive wasteland. This would have aligned well with the original source material.

And yet, Bledel, perhaps based on the quality of her performance, is returning — how is entirely unclear, though it's nice to theorize we'll get a look at the Colonies (the aforementioned radioactive wasteland) through her eyes or that she'll escape from her captor's clutches before she even arrives there.

The moderate surprise of Bledel's return is just another sign of how open and undetermined the future of the "Handmaid's Tale" is. While hewing very close to the spirt of Atwood's 1985 novel, the Hulu series has made some very pronounced deviations from it (all with the author's blessing). Indeed, the first season ends roughly where the novel does, meaning that its follow-up will tread entirely new territory.

The fact that Bledel's Emily/Ofglen has a bigger role in the future speaks well for the wide possibilities offered in the unwritten season to come.