Police drag away protesters in wheelchairs from Mitch McConnell's office 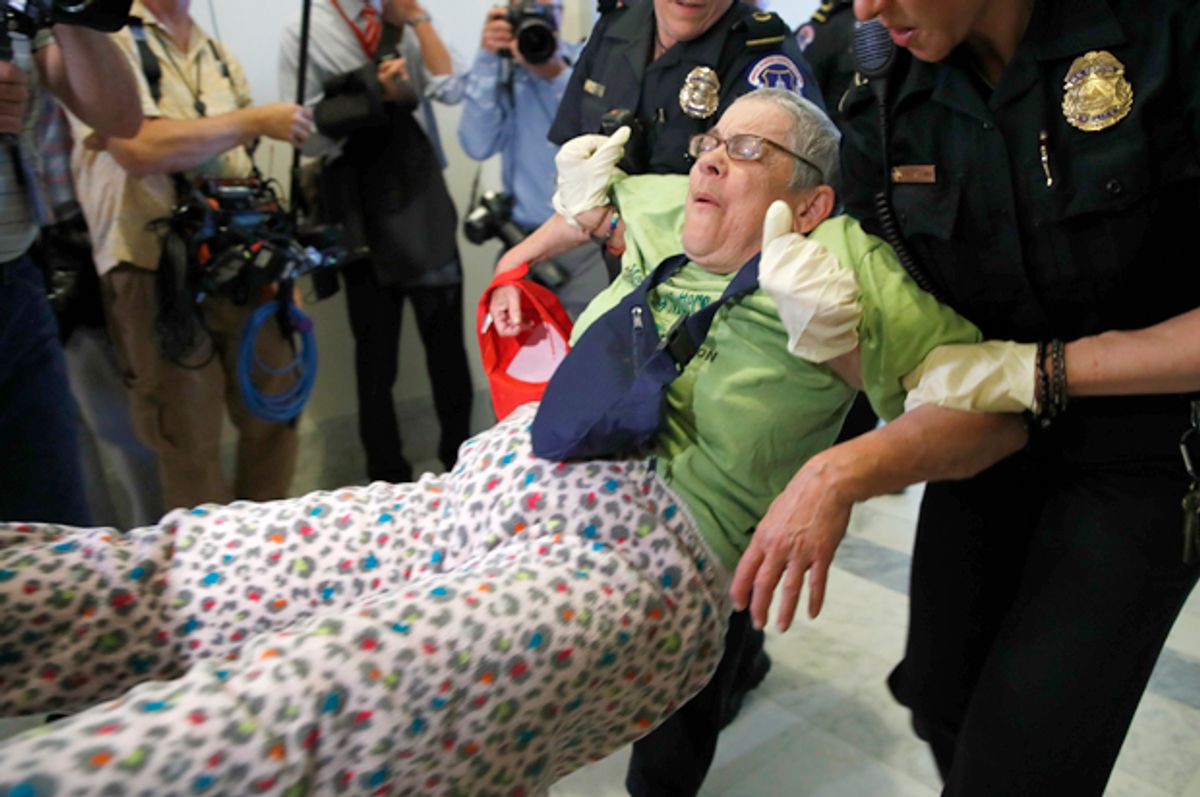 Minutes after Senate Republicans released the text of their bill to repeal Obamacare a group of protesters, some wheelchair-bound or wearing medical devices, were carried away by police after blocking the hallway outside of Senate Majority Leader Mitch McConnell’s office. ADAPT, the national disability rights group behind the protest, said the Senate GOP's bill is a direct threat to the future of people with pre-existing conditions and disabilities.

A group that advocates for people with intellectual and developmental disabilities organized the “die-in” against the GOP’s bill on Thursday. According to the Washington Post, about 60 protesters chanted “No cuts to Medicaid — save our liberty” while being forcibly removed by Capitol Police.

McConnell was not in his office to see the protests. Instead, he was introducing the Republican plan on the Senate floor as a bill that it will "strengthen Medicaid."

While the Republican plan does little to actually repeal Obamacare, it does repeal the taxes that help pay for Obamacare by snatching access to health insurance from low-income and poor Americans through severe cuts to Medicaid. Beginning in 2020, the Senate bill would limit the federal funds states get each year for Medicaid. The program currently gives states all the money needed to cover eligible recipients and procedures — including 60 percent of all children living with disabilities in America. Medicaid cuts spike further in 2025, the year many baby boomers turn 80, under the GOP plan.

Watch footage of the "die-in" below, via the Washington Post: