Stefanie Martini fails to be stirring as a youthful, profoundly plain Jane Tennison 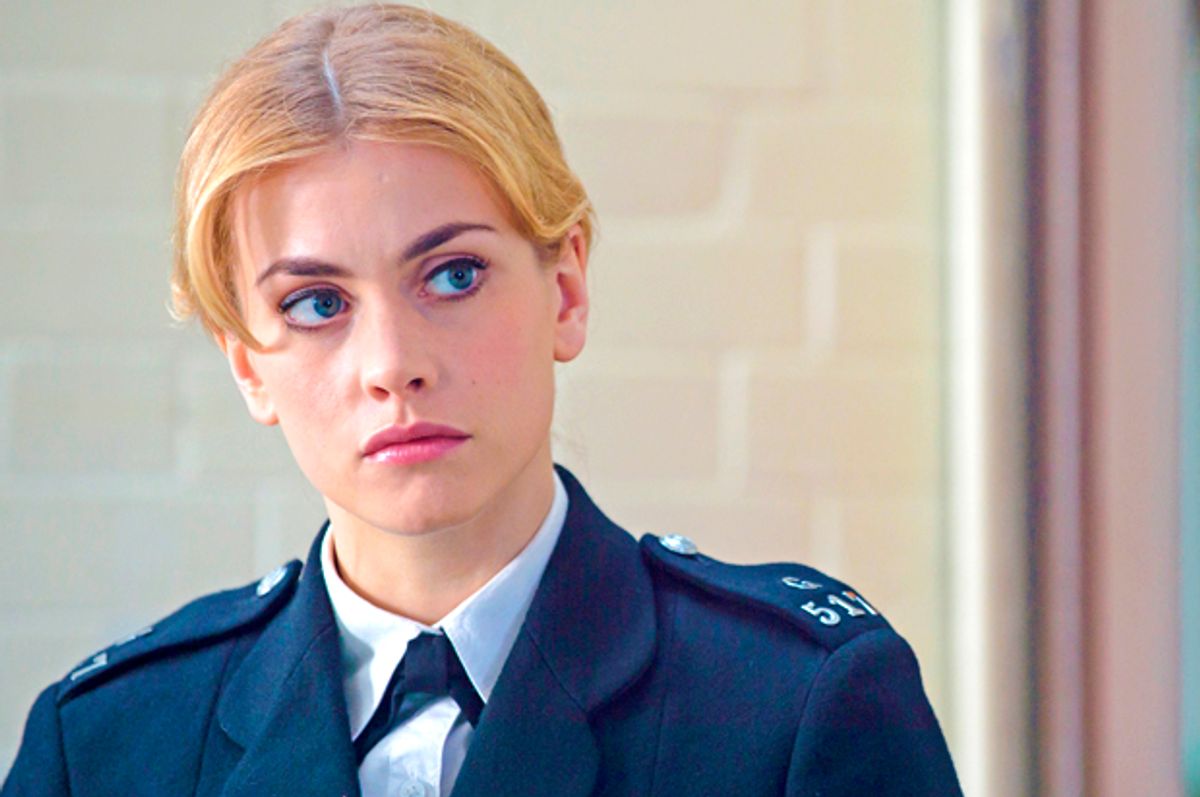 Detective Superintendent Jane Tennison is a force. As realized by Helen Mirren in the '90s on the British crime series "Prime Suspect" as well as in two chapters that aired in the aughts, the detective is impenetrable and pitiless. She's also a doggedly determined sleuth who stands among the best of the best within London’s highly competitive Metropolitan Police Department. Tennison’s path is paved at severe cost: She distances herself from romantic love or much in the way of real emotional connection and numbs her inner demons with alcohol. Her choice to isolate herself catches up with her in the end.

Long before that came Woman Police Constable Tennison, portrayed by Stefanie Martini in “Prime Suspect: Tennison.” And WPC Tennison is the superintendent as a zygote, a rookie destined to grow into the dauntless crimefighter that Mirren spent 15 years carving and polishing into legendary form but that is in no way present as the prequel begins Sunday at 10 p.m. on PBS member stations — or, in truth, when it ends.

Martini’s Jane Tennison is 22, fresh out of training and starting a probationary stint at East London’s Hackney Police Station in 1973. Her outlook and her liver have yet to be hardened by years of repressed rage and loneliness, even as she bristles at being ordered to back-burner her desire to solve cases so as to focus on secretarial duties, including fetching tea for her male co-workers.

“Tennison” soon places Jane, purely by happenstance, on the periphery of a case involving the murder of a young woman — not at the center of it, mostly just on the sidelines as her mentor, Detective Chief Inspector Len Bradfield (Sam Reid) takes point and brings her along for the ride.

Now, this is appropriate to the era as well as Tennison’s level of training. It also explains why “Prime Suspect: Tennison” plods along listlessly, which, given the title’s legacy, is a larger crime than anything author Lynda LaPlante could dream up.

The fault for this lies less with Martini than with a lack of realization on the part of producer Rhonda Smith and director David Caffrey that this franchise’s draw is the main character, not its cases. And this pedestrian march through London’s criminal underworld — which inexplicably requires three 90-minute episodes to fully realize — doesn't change that.

Prior “Prime Suspect” episodes are effortlessly taut in comparison, with every season except for its fourth consisting of two episodes. Even season 4’s three episodes didn’t feel like enough at that time; it was tough to succumb to the gravitational pull of Mirren’s performance only to be set adrift after so short a stint. “Prime Suspect” is an ensemble piece in title only; Mirren always shouldered the weight of those plots, making Tennison’s edges increasingly jagged as more time passed.

But Martini is not afforded the opportunity to test the extent of her ability to engage viewers because the series isn’t expressly about her character. Because of this, little is illuminated about Jane Tennison’s early years, effectively negating its value as a prequel.

Expecting Martini to channel Mirren isn’t reasonable or fair, and Martini shouldn’t have to. One needs only to look at the success of “Endeavour,” the period piece prequel to “Inspector Morse.” Like “Prime Suspect: Tennison,” “Endeavour” airs under the “Masterpiece” umbrella and presents a youthful Endeavour Morse (played by Shaun Evans) as an Oxford dropout navigating class differences within the town that he helps to police. Evans’ characterization of Endeavour tips his hat at his future incarnation, played in “Inspector Morse” by the late John Thaw. But the young Endeavour is a standalone creature, inquisitive and confident, as daring as he is determined.

Viewers could have been treated to something similar with a young Jane Tennison. Women like her aren't transformed into blunt instruments overnight. Her personality is the result of a kind of spiritual wiring gone dead, internal switches turning off one by one, never to be flipped on again. This is why the prospect of “Prime Suspect: Tennison” seems enticing.

Yet we only see hints at this midway through the final episode of “Prime Suspect: Tennison,” following three and a half hours of muddled gumshoeing that largely focuses on Hackney’s run-of-the-mill rough detectives and rumpled perps.

Fortunately Martini’s Tennison is being forced into early retirement. ITV announced it would not commission a second series of the prequel, known in the U.K. as “Prime Suspect 1973,” in spite of its high ratings. Creative differences between LaPlante and ITV are said to be the cause, which the author confirmed in a lengthy Facebook post that explained much about why this TV chapter comes up short.

“During the production it became apparent to me that ITV’s vision for the series would not be an accurate adaptation of my novel ‘Tennison,’ and the characters that had been cast were far from how I had written them in the book,” LaPlante wrote.

The author goes on to assure her fans that young Jane Tennison lives on in her books. Mirren’s Jane Tennison can be accessed on Hulu, where the original “Prime Suspect” seasons are currently being streamed.

Revisiting the original is beyond worthwhile, and reminding audiences of its existence may be the noblest purpose served by “Prime Suspect: Tennison” popping up on the schedule. Your 270 minutes are better spent with those reliable classic episodes than with Martini’s muddled contribution.