The hacking of state and local election databases is broader than previously thought, officials say 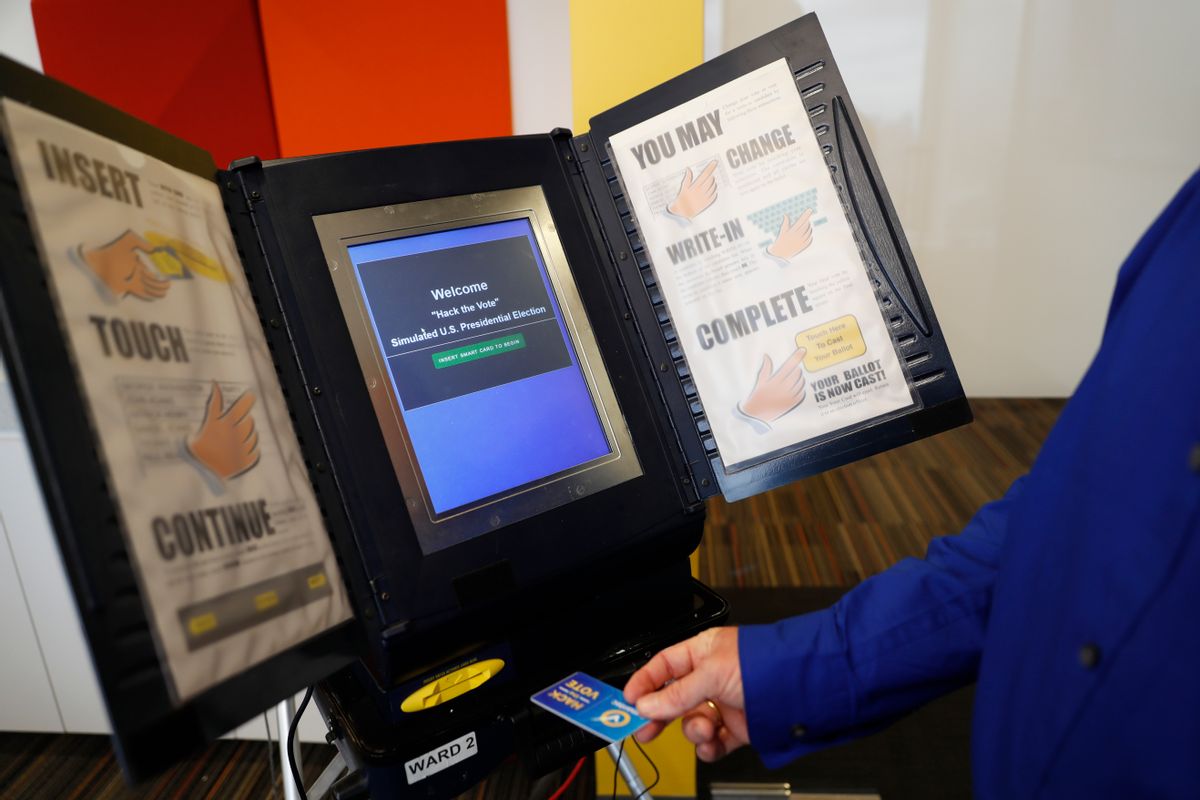 FILE - In this Wednesday, Sept. 28, 2016 file photo, Brian Varner, a principal researcher at Symantec, inserts an identifying chip card into an electronic voting machine as he demonstrates how to hack an electronic voting machine at a Symantec office in New York. The U.S. voting system, a loosely regulated, locally managed patchwork of more than 3,000 jurisdictions overseen by the states, employs more than two dozen types of machinery from 15 manufacturers. Elections officials across the nation say they take great care to secure their machines from tampering. (AP Photo/Mary Altaffer, File) (AP)
--

The hacking of voter databases prior to November's presidential election was more broad than previously understood — and in addition to stealing personal information, hackers altered voter data in at least one county's voter database, according to current and former government officials who spoke to Time magazine.

Hackers were able to steal "thousands of voter records that contain private information like partial Social Security numbers," Time reported. And investigators found in one case, that voter data in a county database had been manipulated — though that data was corrected prior to the election.

While much of the voter database hacking has been linked to Russia, the instance of county-level voter-roll data manipulation has not been linked to any specific actor.

In another case, 90,000 voters' records were stolen from Illinois — allegedly by Russian state actors. More than 90 percent of those records included driver's license numbers, and 25 percent of these records "contained the last four digits of voters’ Social Security numbers," according to Ken Menzel, the general counsel of the State Board of Elections, who was quoted in the Time report.

Congressional investigators are looking into whether any of this information made its way to President Donald Trump's campaign but have yet to see evidence that would suggest it did. "If any campaign, Trump or otherwise, used inappropriate data the questions are, 'How did they get it? From whom? And with what level of knowledge?'" said Michael Bahar, the former top Democratic staffer on the House Intelligence Committee, according to Time.

The House Intelligence Committee plans to seek testimony this summer from Brad Parscale, the digital director of the Trump campaign, CNN reported last week. Hill investigators in February asked the White House and law enforcement agencies to ensure that all materials relating to contacts between the Trump administration, transition team and campaign had with the Russians had been preserved. Parscale did not return messages requesting comment for this story. Trump’s press secretary, Sean Spicer, referred questions regarding the investigations to Trump’s legal team, which did not respond to requests for comment.

Both [the House and Senate] intelligence committees are looking at whether and how the intrusions could have furthered Russia’s larger strategic goals of undermining U.S. democracy, hurting Hillary Clinton and helping Donald Trump. During the run up to the vote, Obama Administration cyber-security officials took steps to prepare for widespread voter registration manipulation, fearing Russia might seek to cause chaos at polling places to undermine the credibility of the election.

The House and Senate committees held hearings on Thursday in order to understand further vulnerabilities in U.S. voting systems. "I’m deeply concerned," Sen. Richard Burr, R-N.C., told Time. Burr is chairman of the Senate Intelligence Committee and is worried that the hacking problem may worsen in the future.

Cybersecurity officials under the Obama administration feared Russia planned to undermine the election, and prepared for contingencies. Yet on Thursday, Trump bashed his predecessor for not doing anything about it.