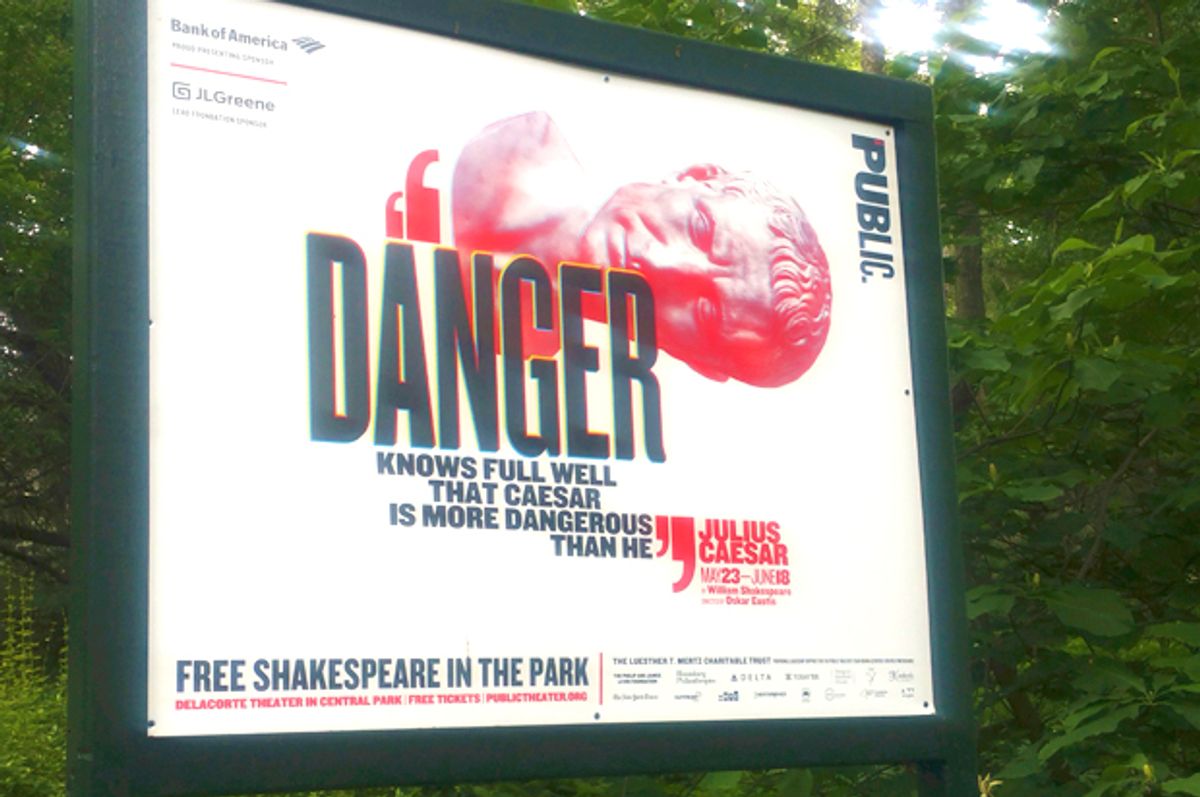 It's a story that never ends. The Shakespeare in the Park staging that depicted President Donald Trump as Julius Caesar has produced an investigation into death threats made against the director of the play's wife, Associated Press reported.

Police are investigating threats made to the wife of Oskar Eustis, the director of the Public Theater's production of Shakespeare's "Julius Caesar" that features a Donald Trump lookalike character being assassinated.

Police said Wednesday that Laurie Eustis filed a complaint on June 9 citing death threats she had received since the fallout from the first play. She reported receiving threatening phone messages related to the Trump-adjacent character's fictionalized assassination, AP reported.

One caller allegedly told her to die after decrying her husband for showing the president's fake death.

Due to pressure from the right, Delta airlines and Bank of America pulled their sponsorships from the Public Theater, even though Eustis has publicly said that violence is not a solution to political problems. The theater stood behind the production.

“The thing that’s new is that somebody is using the arts as a way of manipulating people and lying about the arts,” Eustis told The Washington Post last week. “That’s the new toxic element in our culture."