The president delivered a political stump speech that defended his immigration, global warming and other policies 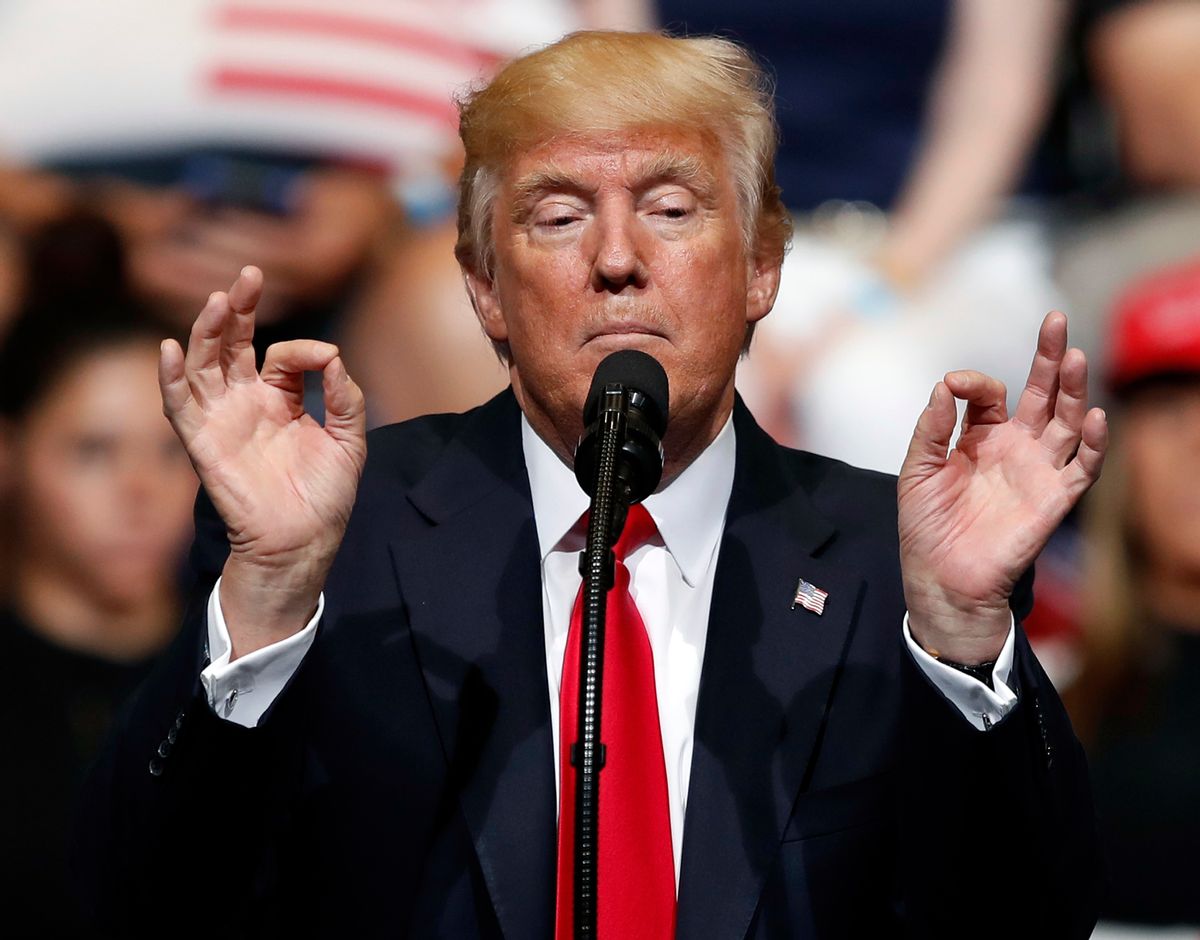 This was the president's first trip to Iowa since the election and his die-hard fans were eager to cheer him on. This didn't stop The Gazette, a local newspaper for Cedar Rapids, from greeting Trump with a blistering editorial.

"Mr. President, the campaign is over. You won," the editorial wrote. "Now is not the time to rally. Now is the time to sell your policies, listen to Americans with a stake in those efforts and govern."

The newspaper discussed trade policy, flood protection, climate change, alternative energy, Obamcare and marijuana, among a host of other issues. It urged him to focus on solving problems rather than simply riling up his base.

"We concede it’s not as much fun as hearing the cheers and chants of folks convinced you’re making America great again. But it’s what presidents do," they argued.

During his speech, Trump tried to brandish his perceived achievements for the enthusiastic crowd.

"When I'm signing for the XL Pipeline and the Dakota I said, 'By the way, who made the pipe?'" Trump said at one point during his speech. "But I put a little clause, handwritten. It said, 'Anybody builds a pipeline in the United States will use American steel and fabricate in America.' No more taking it over on boats!"

On another occasion, he bragged about helping American workers by opening up trade with the Middle East.

The president made a similar boast about coal mining jobs, proclaiming that "last week a brand new coal mine just opened in the state of Pennsylvania for the first time in decades! Decades! We've reversed it!"

He also took the opportunity to take swipes at one of his favorite targets, the mainstream media, even falsely claiming that a camera went off after he had insulted them.

"I can't imagine why..." he said, prompting cheers from the crowd.

The president also defended his controversial decision to pull America out of the Paris climate accord.

"I could tell you stories, I could give you stats, I could go on all day," Trump proclaimed. "It's a catastrophe if we would have agreed. And they all say, 'It's non-binding.' Like hell it's non-binding!"