WATCH: Can the mind heal the body? Tackling chronic pain outside the medical establishment

Documentary "All the Rage" investigates the mind-body connection through the controversial career of Dr. John Sarno 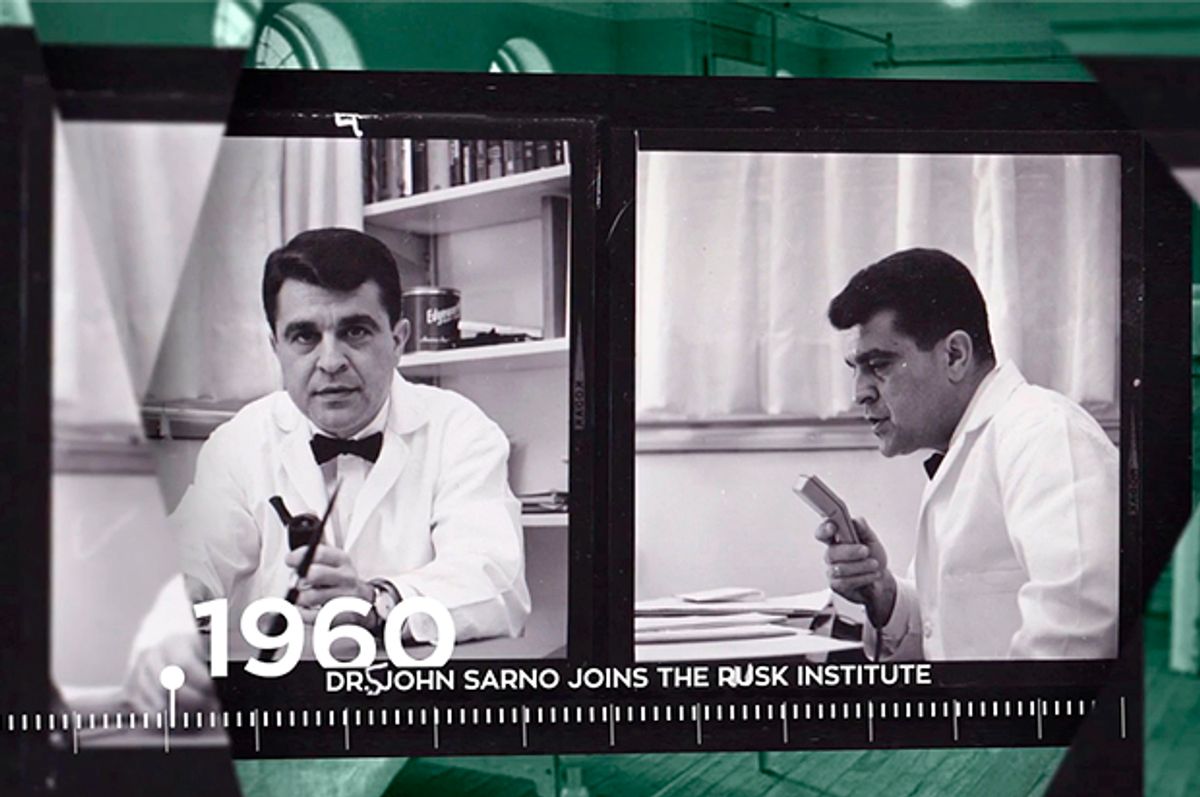 Just a day after publication Salon learned that Dr. John Sarno had passed away.

Directors Michael Galinsky and Suki Hawley have released "All The Rage," a film that discusses the theories of Dr. John E. Sarno — that emotions can cause physical pain and the mind is capable of healing that physical pain. While the subject is controversial and I personally am not entirely convinced by its thesis, this is still a must-see film for people struggling with chronic pain of any kind.

"For me, this story started 35 years ago when my father was given Dr. Sarno's book 'The Mind Body Prescription' which lays out Dr. Sarno's idea that most of the back pain people experience has its genesis in the repression of emotions rather than some structural abnormality like a herniated disc," Galinsky explained to me in an interview via email. After describing how Sarno's book helped his father, his brother and himself, Galinsky decided that the subject warranted a documentary, even though producers were by and large reluctant to fund it.

Make no mistake about it: Sarno's theories are controversial and not much supported by the mainstream medical community. My intention here is not to endorse them or claim they have somehow been proved. Nevertheless, Galinsky and Hawley make a persuasive case that Sarno's theories should at the very least be seriously considered, if for no other reason than the fact that so many people swear they were effective for them.

"We recently did a screening in Chicago where the first question dealt with the danger of suggesting that pain is 'all in someone's head,'" Galinsky wrote. "What Dr. Sarno postulates is that most chronic pain is not related to something serious — like a tumor or a bone break — but instead is generated in the unconscious mind from the repression of emotions. Western medicine tends to look at physical symptoms and how they relate to physical systems, period. Dr. Sarno suggests that if we also think about including the social/emotional factors that contribute to pain — and really all illness — we can have much more success in treating these issues."

What makes Sarno's theories intriguing, at least to me, is that they directly address a shortcoming in current medical approaches. We like to think of the brain as somehow separate from the rest of the body, but when you realize that the brain is just an organ, it makes sense that dysfunction in the brain can have an impact on other parts of the body.

While this doesn't mean that Sarno's arguments should automatically be taken more seriously than the scientific consensus, it does suggest that we should at the very least hear them out. Hence that's why "All The Rage" is worth a watch.