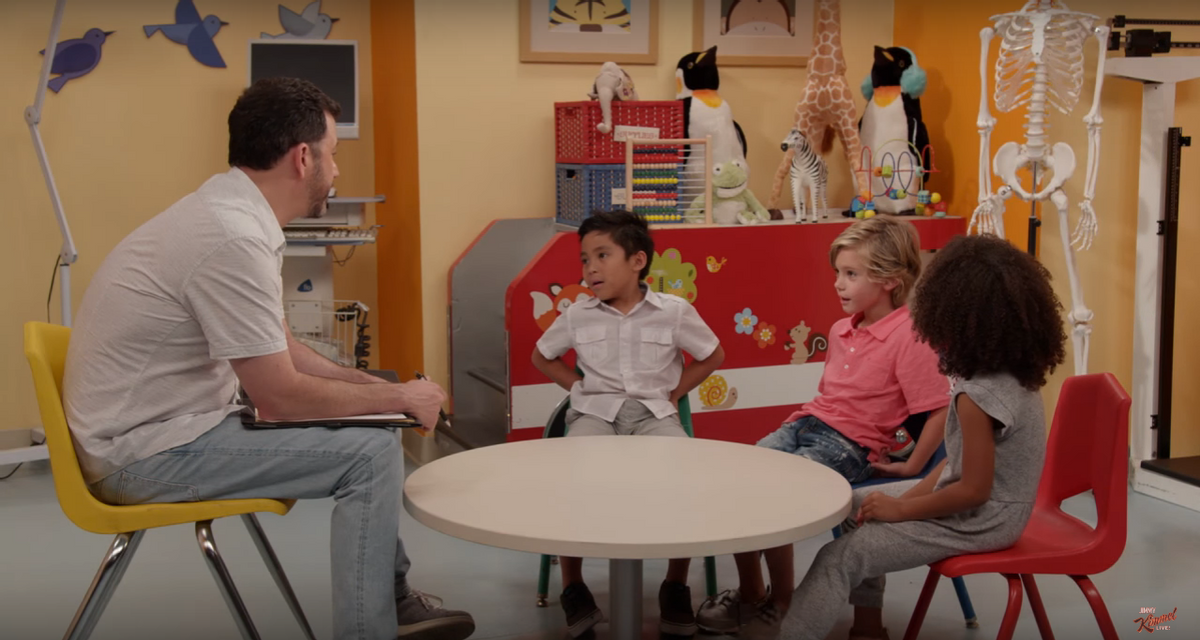 The big story of the week was the health care bill the Senate unveiled Thursday, so Jimmy Kimmel celebrated the occasion by talking to children, who will undoubtedly be affected by the "mean" legislation.

The host of "Jimmy Kimmel Live" conducted a few focus groups of sorts, sitting down with a diverse group of kids to get their insight on health care in this country.

"I decided to sit down with a group of them, our future voters and leaders, to see what they know, what they expect, what . . . I don't know," Kimmel said when introducing the clip to his audience Thursday night.

To start off the discussion, Kimmel asked one group of kids when was the last time they had visited the doctor. One girl, not even 10 years old, guessed that it had been three years since her last doctor's appointment. The boy sitting next to her said that he was at the hospital only four days ago, where he said he had heart replacement surgery.

"My heart was not beeping anymore," the kid said. "So the doctor got another one."

In most skits when Kimmel talks with children, they are often unreliable narrators, even of their own lives.

"To have your heart actually replaced and to be here four days later is remarkable. Really amazing," Kimmel said.

The late-night comedian then brought up one of the more serious health concerns for kids their age: cooties.

"In my school, a lot of kids had cooties. They were all over the place. So, try to steer clear of those," he said, offering sage advice to his new friends.