Who is Felix Sater? Meet the shady Russian investor who may be a centerpiece of the investigation 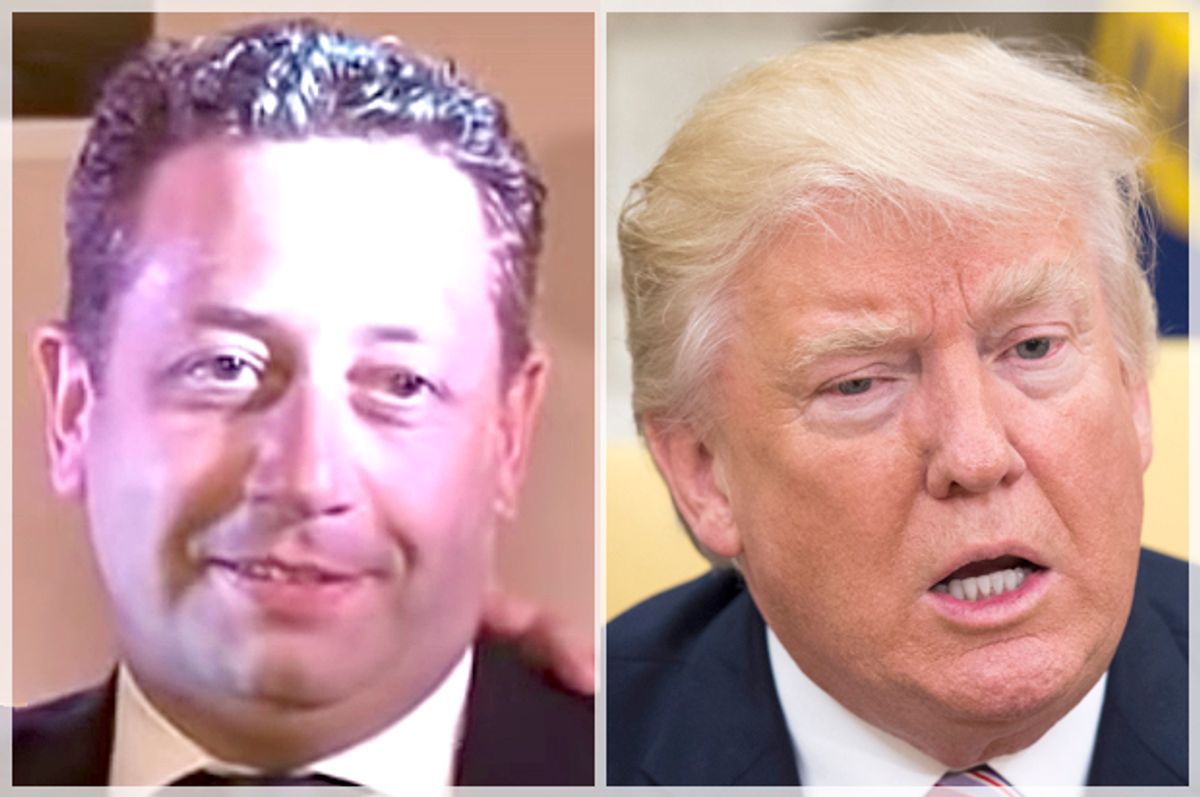 This is what happens when candidates aren’t fully vetted during their campaigns. We end up with a president like Donald Trump, who admittedly might have won the election anyway, even if he'd spilled the beans about the myriad skeletons in his closet. Trump was somehow capable of surviving daily scandals that would have annihilated any other presidential contender. Despite an exhausting election season that seemed to last for years, we’re only now, nearly 200 days into his presidency, learning more details about Trump’s duplicity, ignorance and dark secrets including, yes, his possible ties to both Russia and organized crime.

Back in late February, we first learned about a Trump-linked character named Felix Sater. (True scholars of Trumpology, to be fair, have known about Sater longer than that.) At the time, we discovered that Sater, along with Trump’s personal lawyer, Michael Cohen, had approached short-lived national security adviser Michael Flynn with what The New York Times has described as a peace plan designed to end the crisis in Ukraine. Flynn apparently rejected the plan, which would have significantly undermined Ukrainian sovereignty on terms highly favorable to the Russian government and President Vladimir Putin. Cohen and Sater were joined in the deal by an ambitious politician named Andrii Artemenko, who apparently fancies himself as a Ukrainian version of Trump.

Cohen, Trump’s lawyer, confirmed to the Times that he did in fact deliver an envelope to Flynn’s office at the White House. But then, in keeping with the whiplash messaging of Trump and his team, Cohen denied to NBC News ever having met with Flynn, though he did confirm that he met with Artemenko. Additionally, Cohen confirmed that he knew Sater on a first-name basis, telling NBC, “I’ve known Felix for years.”

I’m not sure that’s something Cohen ought to be bragging about, especially given his close ties to the president.

According to a new bombshell article for Bloomberg by Trump biographer Timothy L. O’Brien, the Russian-born Sater — who came to the United States as a child in the 1970s — is a "career criminal" with ties to organized crime in both countries. O'Brien's article hints that Sater could become a central figure in special counsel Robert Mueller's investigation of what The Washington Post has described as "suspicious financial activities" involving "Russian operatives" and Trump's inner circle.

Sater, we learn, was involved in what’s called a “pump and dump” Wall Street scam, in which Russian and American mobsters artificially boosted the value of junk stocks and then sold the commodities at ridiculously inflated prices. In the end, it was a $40 million swindle, with unsuspecting investors being screwed out of piles of cash.

Sater served prison time, O'Brien reported, for stabbing another stockbroker in the face with a broken margarita glass during a 1993 bar fight. His victim apparently required more than 100 stitches to repair his Tyrion Lannister-style lacerations. Sater also pleaded guilty on charges of stock manipulation for the pump-and-dump plot, and he ended up becoming an informant for the FBI and the CIA in the late '90s, helping the intelligence community track down loose U.S.-made Stinger missiles. (In a bizarre plot twist, Sater's Justice Department supervisor was future Attorney General Loretta Lynch, then the U.S. attorney in Brooklyn.) All this went down after Sater went into hiding in Moscow, turned himself in to American authorities and bragged openly about his supposed ties to the KGB.

Around the same time, Donald Trump "was enduring a long stretch in the financial wilderness," as O'Brien put it. Trump's infamous Atlantic City casino investments had crashed and burned in spectacular fashion. He barely avoided personal bankruptcy, although several of his business ventures went bust. Trump linked up with Sater and a real estate investment group called Bayrock, which made a variety of deals from 2002 to 2011 with various members of the Trump family, including Donald Trump Jr. and Ivanka Trump as well as their dad. Bayrock was founded, O'Brien reported, with a considerable infusion of Russian cash. This background lends additional context to Eric Trump's famous remark about the family business: “We don’t rely on American banks. We have all the funding we need out of Russia."

Through Bayrock, the Trump family was able to bring in Russian investment capital at a point when most American banks refused to give the Trumps the time of day. Much if not all of this capital, according to O'Brien, was laundered cash from unknown sources, funneled through easily pliable overseas banks. O’Brien also reported that a former Bayrock employee named Jody Kriss sued the firm — again, a company directly linked to Trump and two of his kids — alleging, among other things, that it was involved in money laundering. That lawsuit eventually morphed into a racketeering case.

Trump seemed to welcome the money, regardless of how it was attained. Bloomberg quoted the future president in a 2007 deposition: "It's ridiculous that I wouldn't be investing in Russia. Russia is one of the hottest places in the world for investment."

In his sworn testimony, Trump added that officials from Bayrock visited his office at Trump Tower to talk about deals with Russia. More recently, however, Trump has contradicted that testimony and denied having ever done business with Russians of any stripe. Trump also claimed he barely knows Sater, despite being photographed with him (see the top of the Bloomberg item). Furthermore, Sater and Bayrock leased offices in Trump Tower — two floors below Trump’s own office.

So it seems that everyone, including Cohen, Donald Jr., Ivanka and probably Eric, knows Sater — except Donald Trump himself. In the Bloomberg article, Jody Kriss (the former Bayrock employee) noted that Trump is closely involved in all his own deals: "Donald was always in charge. Donald had to agree to every term of every deal and had to sign off on everything." Kriss also said that Sater and Trump met in Trump’s office “on a constant basis."

Has Trump ever given us any reason to believe his word over — hell, anyone else’s word? No way.

Not only does the Trump-Sater linkage provide startling evidence suggesting that Trump’s has not been truthful about his relationship to Russian money, but it also speaks volumes about the kind of underworld characters the president has been willing to align with over the years of his business career. It makes sense that Trump would treat his White House, including former officials like James Comey, as if Trump were the don (literally and figuratively) of a powerful Mafia family, complete with loyalty oaths and ham-fisted efforts at intimidation.

It wouldn’t shock me to learn that Trump never really wanted to be president. Now that he’s actually been plunked down behind the Resolute Desk (thanks, Putin!), he has weaponized the same tactics that he learned through countless shifty Manhattan real estate deals in order to conceal his admitted links to Moscow, not to mention his links to bad actors like Felix Sater, who lurk on the outer periphery of legality and legitimacy.