Can we lose the liberal jingoism? Loose talk about "treason" is only harming the resistance 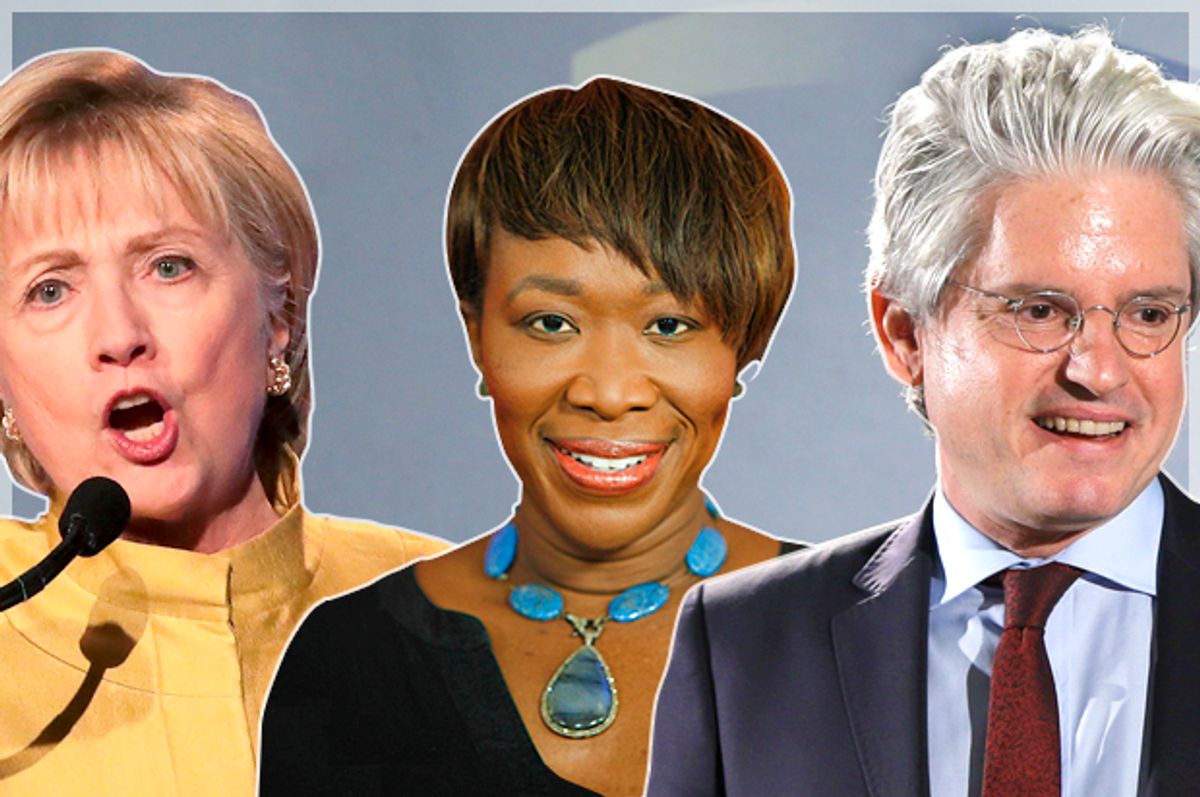 After James Hodgkinson shot Republican congressman Steve Scalise and four other people at the Republican congressional baseball team practice last week in Virginia, it did not take long for right-wingers to start blaming the left. Hodgkinson, who had an anger management problem and a history of violence — yet no trouble getting his hands on an assault rifle and handgun — had also been a supporter of Bernie Sanders’ 2016 presidential campaign, which was more than enough for partisans on the right to denounce the entire left for violence.

On Fox News, former House speaker Newt Gingrich called the shooting “part of a pattern” on the left, where there has been “an increasing intensity of hostility.” Those on the left, Gingrich further claimed, have sent certain “signals that tell people that it's OK to hate Trump, it's OK to think of Trump in violent terms, it's OK to consider assassinating Trump” (Incidentally, Gingrich has yet to call out Trump for encouraging political violence last year, nor has he discussed the much more serious “pattern” of violence on the far right).

Outside the right-wing echo chamber the mainstream media did not go so far as to blame the left for the actions of one deranged individual, but they did attempt to highlight what New York Times reporter Yamiche Alcindor called “the rage buried in some corners of the progressive left," noting that Sanders supporters had come to have a “belligerent reputation." Alcindor also observed that Hodgkinson’s own social media posts were “not far from Mr. Sanders’s own message.”

In other words, the paper of record rehashed the “Bernie Bro” narrative from last year’s Democratic primary, which had been originally manufactured by Hillary Clinton's camp to undermine the Sanders campaign. Though the Times uncritically reported this narrative, it was largely debunked during the election (one study, for instance, found that Clinton supporters were more aggressive than Sanders supporters online).

While most of the press similarly portrayed Hodgkinson as a “Bernie Bro” leftist, it became increasingly clear as more information came out about the gunman that the he was not only a deeply unstable and abusive man (described in court papers as an “abusive alcoholic” who hit his foster daughter repeatedly), but that he had been taken in by much of the Russia hysteria that has engulfed a large part of the Democratic Party over the past six months.

In late March, for example, Hodgkinson signed and shared a Change.com petition calling for the removal of “the President & Vice President, et al” for “misprision of treason,” and posted on Facebook: “Trump is a traitor. Trump has destroyed our democracy. It’s time to destroy Trump & Co.” The petition itself claims that members of the Trump administration, along with certain donors and Republican members of Congress, had knowledge of Trump’s relationship with “numerous Russian oligarchs and one Vladimir Vladimirovich Putin,” yet did not find “patriotic merit in informing any US authorities of the 'clear and present US national security threat danger' posed” by Trump's presidential campaign.

“So that the nightmare of having traitors to our nation, in charge of our nation's affairs and our nuclear deterrent forces, might be swiftly rectified,” the petition continues, Clinton and Tim Kaine should "be simply declared the overall victors of the 2016 popular count election and installed immediately.”

Considering that the “progressive left” has been highly critical of this Trump-Russia collusion narrative, which has generated a great deal of fake news and conspiracy theory, it looks like the gunman was more a product of partisan hackery than left-wing politics. After all, it hasn’t been left-wing publications that have been freely tossing around the T-word and peddling Russia conspiracies, but partisan groups like ShareBlue (headed by Clinton loyalist David Brock) and fake news websites like The Palmer Report.

Just because there has been a lot of fake news doesn’t mean that there’s no Russia scandal, or that the president hasn’t been compromised in some way — and all reasonable people should support the investigations that are currently underway. As of this writing, however, there is still no evidence that the president of the United States has committed any act that would qualify him as a “traitor.” There is plenty of evidence that Trump is a demagogue, an ignorant bigot and a con man without an ethical bone in his body. But a traitor? That isn’t a charge that should be thrown around lightly.

There is a reason why many on the left have been critical of this kind of language and the Russia narrative in general. While partisan hacks have been quick to jump on the “Trump is a treasonous Russian operative” bandwagon, most leftists have cringed at what feels like a 21st-century liberal version of McCarthyism. Left-wingers know a thing or two about being called “traitors” without any basis, and the paranoid rhetoric that has grown around the Russia scandal has come to sound increasingly like the paranoid jingoism that we witnessed at Tea Party rallies years ago. A tweet from MSNBC host Joy Reid last September — before the Russia hysteria became all-consuming — perfectly captured this neo-McCarthyism that has made some left-wingers wince:

“I imagine the old time American Communist Party is spinning in its collective grave with envy at what Trump is accomplishing ... That said, for most Americans it's shocking to see an American presidential candidate openly touting authoritarian, communist Russia.”

Reid seems to be unaware of the fact that Russia ceased to be “communist” more than 25 years ago, and appears to think that Joseph McCarthy had the right idea when he led witch hunts to crack down on the Communist Party USA and expose “communist infiltrators” in the U.S. government. What is truly revelatory, however, is Reid’s apparent ignorance of 20th-century communism’s internationalist nature, as opposed to the fervent nationalism of Russia under the Putin regime. In other words, she seems to think that the CPUSA and similar groups around the world aligned with the Soviet Union because it was Russia, not because it represented the supposed ideals of global communism.

This brings us back to why the political left — which is also internationalist in nature — has rejected the jingoism and neo-McCarthyism that has come to dominate in some liberal circles, where Russian apologists and “traitors” are seen at every turn.

There is another important reason why the left has been critical of the Russia narrative, of course: It has been used by many partisan Democrats and Clinton loyalists — including Hillary Clinton herself — to avoid any significant self-reflection about last year’s disastrous election results. Rather than looking in the mirror and trying make sense of 2016, they have blamed all their woes on Russia (and on James Comey). This is not only irrational but self-destructive. If Democrats do not adopt a more compelling message and populist tone in the years ahead, then 2018 and 2020 may not be the big electoral comebacks some are anticipating.

Political discourse has become increasingly toxic and tribalistic in America over the past few decades, and James Hodgkinson — though clearly an unstable and isolated lunatic — was a product of this tribalism. While Republicans have played the biggest role in creating today’s hyper-partisan atmosphere — many Republicans (including the current president) were accusing Obama of being a Kenyan-born jihadi-sympathizer long before liberals started calling Trump a traitor — many Democrats have recently embraced this same partisan tribalism. One expects mindless jingoism and conspiracy-peddling from the party of Donald Trump, but even in this age of intense division and mutual incomprehension, liberals and progressives should know better.