In an interview on CNN, Stein pushed back against the idea that her candidacy helped secure Trump's electoral win 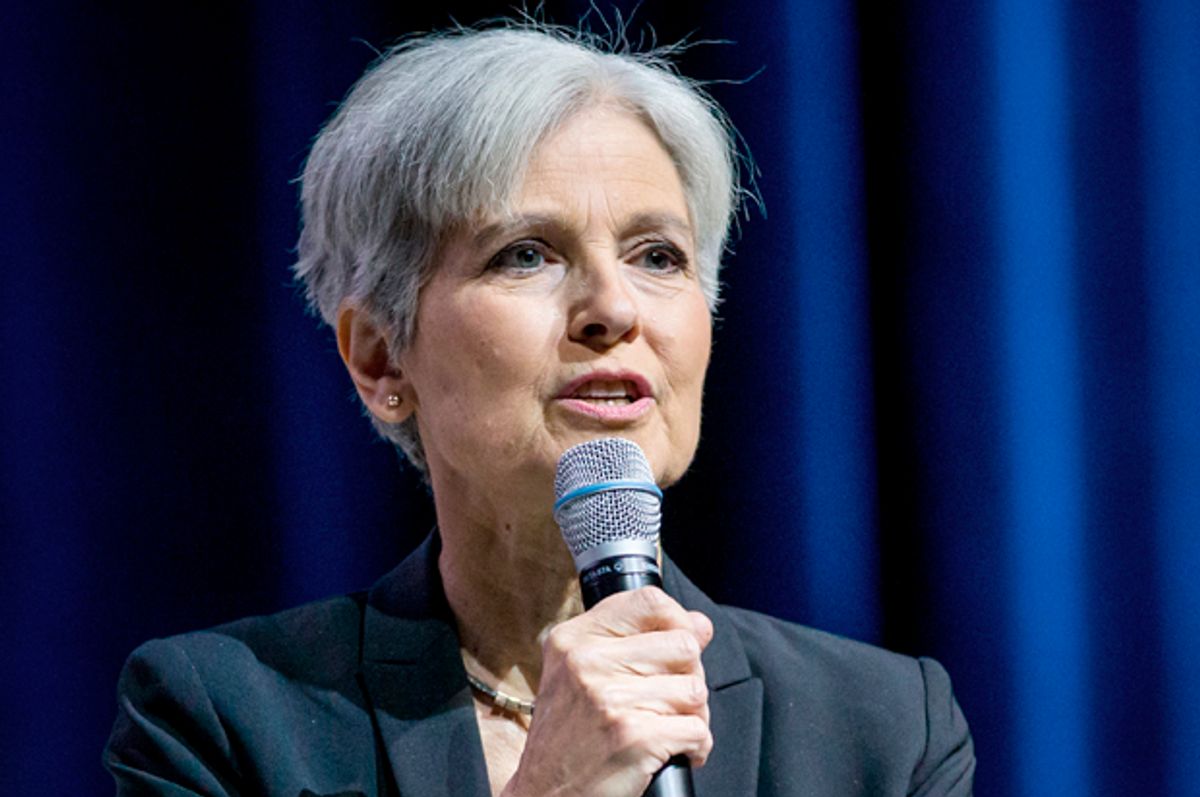 Green Party candidate Jill Stein was adamant Saturday morning that her candidacy in no way influenced the outcome of the 2016 presidential election.

In an interview with CNN's Michael Smerconish, Stein batted down the suggestion that she tilted the race in favor of President Trump. She also addressed the Russian dinner event she attended with President Vladimir Putin.

‘Let’s be clear, that was a conference,” Stein said after CNN showed an image of her sitting next to the Russian president. “That picture didn’t start to circulate until long after the election. It essentially wasn’t covered here in the U.S. There was media at that conference, and it was a day-long conference where my message was very clear. It was the message of my campaign, which was that we need a peace offensive in the Middle East. Now, this was a message that was particularly friendly to the Russians. It was saying to them that we need to stop the bombing. They had just begun bombing in Syria.”

“I would have loved for that message to have gotten out but there’s basically zero coverage,” she added. “It’s now circulating. It’s funny, Michael, you have to ask why is that picture kicking up a storm right now? I think it’s very related to the fact that the Democrats are looking for someone to blame.”

Smerconish asked Stein if Democrats have reasonable grievances with her. In states such as Wisconsin, Pennsylvania and Michigan, Trump won by a margin less than the the number of votes Stein received.

The Green party candidate insisted that most of her coalition would not have turned to the Democratic Party if she had bowed out of the race.

"Wishing that pigs fly doesn't make pigs fly," she added. "Democrats might wish and they might assume that they own Green votes, but they don't own Green votes. Candidates have to earn our votes and Hillary Clinton did not earn the votes of Greens."