How to launch a shared cinematic universe (and how not to)

What the failure of "The Mummy" teaches us about the successes of Marvel, Warner Bros. and Lucasfilm 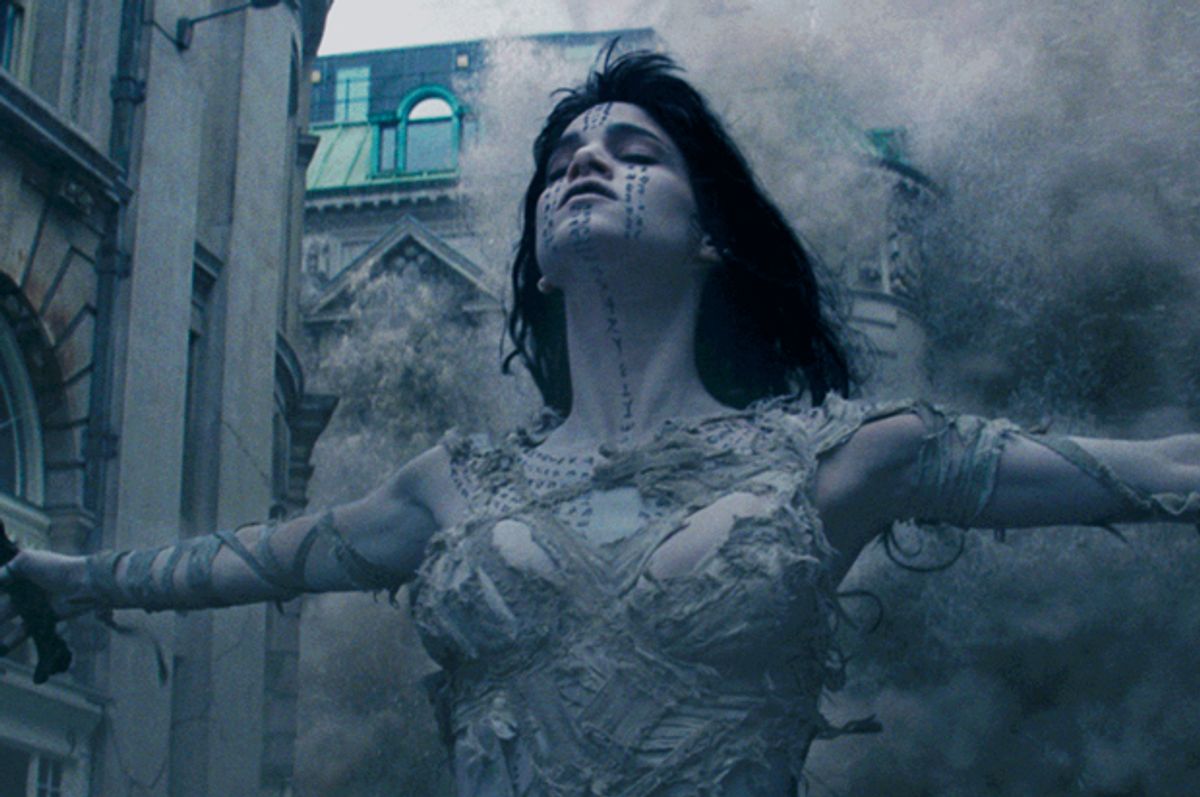 Sofia Boutella as Princess Ahmanet in "The Mummy" (Universal Studios)
--

Leaving our nearly empty screening of "The Mummy," there was an awkward silence between my girlfriend and me as we walked toward the car (she had been less than enthusiastic about attending). Finally, she snapped us out of it.

"You know, before they started making this movie, they really needed to decide what they wanted it to be," she said.

Indeed. As many critics have noted, the biggest problem with "The Mummy" is that it feels less like a movie than a series of compromises worked out by a corporate committee. It isn't scary enough to be a good horror flick, it isn't thrilling enough to work as a good action movie, and it takes itself way too seriously to work as camp.

Aside from making me appreciate the genuine enthusiasm that obviously went into the 1999 version of "The Mummy" (seriously, that movie really did not get its due, which has never been as clear as it is now), there wasn't much of value in this film.

And, yet "The Mummy" is supposed to launch its own cinematic universe, the so-called Dark Universe consisting of classic Universal monster movie characters.

Ever since the Marvel Cinematic Universe launched with "Iron Man" in 2008, every movie studio and their dog has seemed determined to create their own successful cinematic universe. There have been a number of efforts that never made it past the first film or two — "The Amazing Spider-Man" in 2012, the "Ghostbusters" reboot in 2016 — but looking at three efforts that did succeed, it's clear what makes "The Mummy" such a failure.

One lesson stands out above all others: In order for a movie to be a good launch pad for a cinematic universe, it has to try to be a good movie in its own right.

You might think this is obvious, but it's a point that a lot of movie studios seem to miss. Take "Iron Man," for example. While hardly a masterpiece, the Jon Favreau film worked — despite its titular character's then-obscurity — because it was funny, smart and anchored by Robert Downey Jr.'s charismatic performance. Even if it had never been followed by an entire universe of related movies, it still held up as an incredibly entertaining flick on its own merits. As a result it laid the foundation for what audiences could expect from other Marvel Cinematic Universe entries: Well-paced, action-packed, colorful and witty movies in steady succession.

Even 2013's dislikable "Man of Steel" worked in its own way as the launch pad for the DC Cinematic Universe. Ultimately, Zack Snyder's attempt to apply "The Dark Knight's" dark and gritty approach to Superman was misguided and poorly executed. Yet, say what you will about that movie, it had an undeniable vision behind it. There was a distinct look to "Man of Steel," as well as a memorably brooding approach to storytelling, that allowed the other entries in the DC Cinematic Universe — from the failure of "Batman v. Superman: Dawn of Justice" and the mixed bags of "Suicide Squad" to the smash hit "Wonder Woman" — to have a distinctive vibe of their own.

Most importantly, like "Iron Man," "Man of Steel" felt like a movie with passion behind it. Even if you disagree with the approach that Snyder used for the material, you can't deny that it felt like a movie he genuinely wanted to make. As a result, it comes off as an actual movie rather than an attempt at corporate branding (the absurd amount of product placement notwithstanding). The same cannot be said of "The Mummy."

This brings us to the most successful effort at launching a cinematic universe — and certainly the best actual movie to be produced from initial forays into that endeavor — 2015's "Star Wars: Episode VII — The Force Awakens." Although it had the advantage of existing in a canon that already had spawned six live-action films, an animated series and a metric ton of novels, comic books and video games, that didn't mean the movie's job was necessarily an easy one.

The "Star Wars" prequels from 1999, 2002 and 2005 were absolutely awful with their wooden dialogue, tedious plotting and overcooked special effects. "The Force Awakens" had to scrub memories of those movies while providing an effective template for a Marvel-esque cinematic universe for the "Star Wars" franchise.

While the involvement of many creative and talented cast and crew members made its success possible, the real reason it worked is because the director at the helm was a bona fide "Star Wars" nerd himself, J. J. Abrams. As with "Iron Man" and "Man of Steel," you could tell that the director of "The Force Awakens" absolutely loved this material and was psyched as hell about making it. The movie isn't perfect — many critics have drawn attention to its derivative aping of the plot from the original 1977 "Star Wars," and rightly so — but it's incredibly fun because we can tell that Abrams had a vision for an engaging, funny, and poignant installment into a space opera that was suitably grand and epic. As a result, it laid the foundation that will allow the other movies in the new "Star Wars" cinematic universe to also be, dare we say, fun.

This was the point that the makers of "The Mummy" failed to grasp. In their desperate attempt to launch a cinematic universe of their own, they clearly had a checklist of qualities that they assumed the movie needed to have: a bankable star, wall-to-wall CGI special effects, references to other horror characters so that we can use them to segue into new entries. Those are all there, often to the film's detriment.

Yet, the forces behind it forgot to include any sincere love for the material. Not one person involved in "The Mummy" seems to have cared about actually telling a good story, invoking real fear beyond cheap jump scares or creating characters that the audience could feel invested in. The movie is so determined to be a launch pad for other movies yet to come that no one involved seemed to be concerned about whether this movie itself would be entertaining. Certainly, the bland and boring product speaks to this lack of care.

Honestly, the only genuinely entertaining thing to come out of "The Mummy" is this trailer for the film that was posted online without all of the layers of sound added to it. The few seconds of the airplane crash, sans proper sound editing, are far more fun than the two hours of content it advertises.

The one positive here is that the tone of "The Mummy" is so nondescript that the next Dark Universe installment could easily shake off its toxic precedent. All it has to do is be creative, distinctive and passionate in some way. Like "Iron Man," it doesn't need to be a great movie. In fact, as "Man of Steel" demonstrated, it doesn't have to even be a good movie.

What it needs to be, though, is a movie. Something with a vision and a voice and the ability to leave an impression. Something that the people behind it would have made even if it had not been part of a larger cinematic universe, or, barring that, capable of tricking its audience into believing that this was the case. If it follows in the cynical footsteps of "The Mummy," however, expect it to land in theaters with the same dull thud.