Moral of the story: emotions speak louder than words 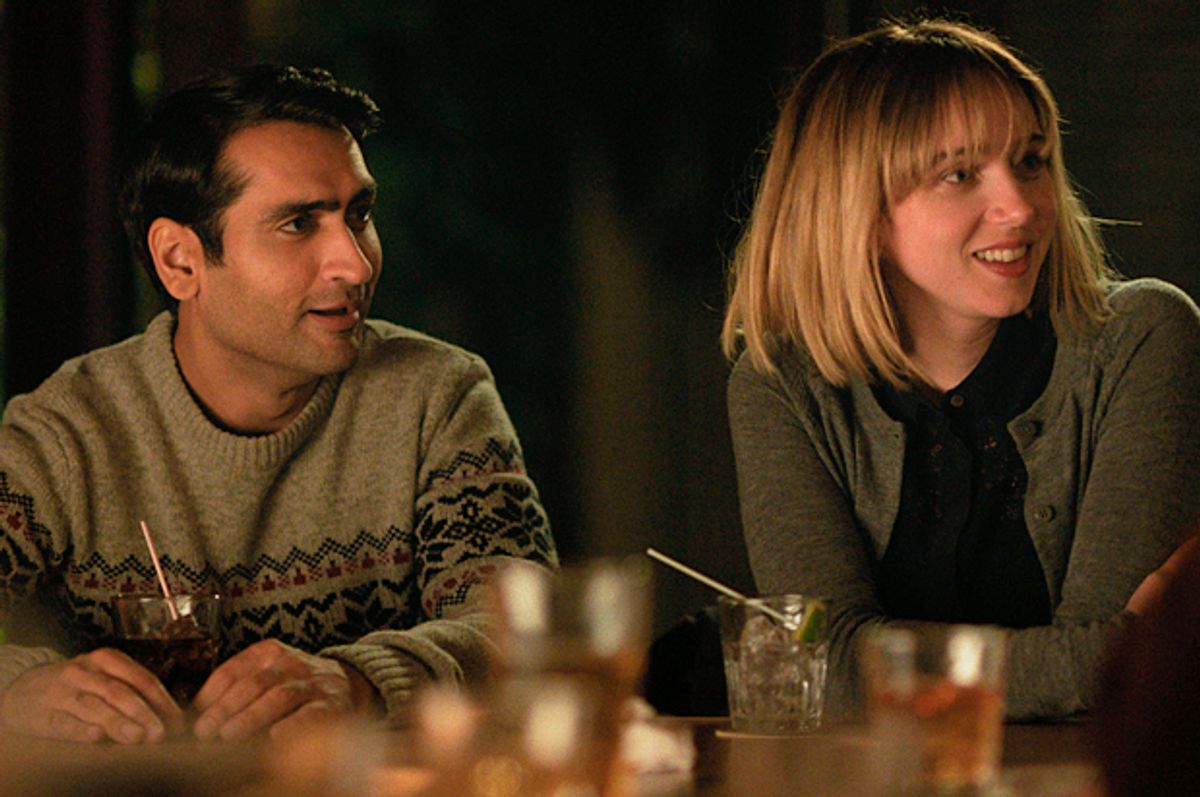 “The Big Sick,” which played this week at BamcinemaFest and will be in wide release next month, is a film that evokes a great number of feelings. For me, one was déjà vu.

Written by and starring Kumail Nanjiani (of “Silicon Valley”), “The Big Sick” is about a forbidden romance. Nanjiani wrote the film with his wife, the screenwriter Emily Gordon, based on their own experiences. In the film, Nanjiani’s character, also named Kumail, is an aspiring comedian living in Chicago who falls in love with a flirty heckler named Emily (Zoe Kazan). The problem is that Emily is not Pakistani — worse, she’s white and not Muslim — and Kumail’s parents, who sacrificed everything to bring his brother and him from Pakistan to America, will disown him if they find out about the relationship.

The reason for the feeling of familiarity was that days earlier, also as part of BamcinemaFest, I had seen “Signature Move,” a film with the same basic premise as “The Big Sick.” In “Signature Move,” the protagonist, Zaynab (Fawzia Mirza), also lives in Chicago, comes from an immigrant Pakistani family, has a mother who desperately wants her to find a culturally acceptable partner and, to her mother’s chagrin, she winds up falling in love with a Western woman.

There are differences, of course: Zaynab, a woman, faces the additional burden of being a partially closeted lesbian; unlike Kumail, who comforts his parents by telling them he’s studying for the LSAT, Zaynab is a lawyer; Zaynab’s passion is for wrestling rather than comedy; and Zaynab’s love interest does not fall gravely and mysteriously ill, like Emily. But the two films follow a similar three-act structure and hit many of the same thematic notes, including an uncannily similar scene in which the respective girlfriends find out that Kumail and Zaynab haven’t told their parents about the given relationship, leading to a brutal fight.

But you need not have seen “Signature Move” for “The Big Sick” to feel familiar. It’s a story as old as “Romeo and Juliet” — or, arguably, Adam and Eve — and reliable enough that it serves as the backbone for Disney princess movies (including “Beauty and the Beast,” “Pocahontas” and “Cinderella”) and Eddie Murphy movies (“Coming to America,” “Shrek”) alike. Every good love story needs an inciting incident that threatens and ultimately strengthens the romance, and what better existential threat than seemingly irreconcilable cultural differences?

The story can be recycled endlessly because no matter how much culture progresses, there will always be an "other"and, consequently, a forbidden fruit. Right now, amid talk of walls and bans, there are a lot of "others." And with progressive streaming platforms and public pressure for inclusivity, there are  more opportunities than ever before for others to create — though still not nearly enough. So it’s no wonder that two movies about the same central tension — how does a Muslim American go about being honest with his or her family, respectful to the culture and true to himself or herself? — would be shown at the same festival.

By screening “The Big Sick” days after “Signature Move,” BAM illustrated what makes these movies work. And that has less to do with the politics they promote than the power of the feelings they elicit. Both of these films complicate the idea of honesty, deftly portray the hurdles of cultural difference and foster empathy toward a culture that has been unfairly demonized since 9/11 (before that, too, but especially since then). But without the right vessel, a worthy message gets lost.

I wanted to like “Signature Move.” Frankly, “underground female wrestler” sounded like a more interesting wrinkle to the forbidden love plotline than a “girlfriend who falls into a life-threatening coma.” But you can’t wish into existence things like chemistry, humor and heart.

There are glimpses of those qualities in “Signature Move,” but more often the film resorts to clichés like a water’s edge kiss scene with the cityscape as a backdrop, the “signature move” as a double entendre and the use of a mask as a metaphor. By the end of the film, you’ll thank the benevolent spirit of André the Giant that “Signature Move” is only 82 minutes.

The movie’s brevity might be the root of its problems, however. It resorts to so many clichés because they’re expedient signifiers. The water’s-edge kiss, for instance, communicates that the night Zaynab and Alma (Sari Sanchez) fall in love is special. So you believe that they fall in love, but you don’t fall in love with them, as you do in some of the best rom-coms; those films create a sense of blissful displacement followed by envy in the viewer. You feel like the depicted relationship, with all its effortless wit and whimsy, is your relationship, and then you wish it were your relationship. “Signature Move” doesn’t quite accomplish that.

“The Big Sick,” on the other hand, does. The film is two hours long, allotting Kumail and Emily plenty of time to fall in love. They bond through humor. And though the moments they share are small — they tease-flirt, make pop-culture references and create inside jokes — the dynamic between the two characters transcends the material. Nanjiani and Kazan both have great delivery. It’s apparent that Kazan became close with Emily Gordon, on whom her character is based, during the making of “The Big Sick.” There’s an undeniable and unquantifiable rhetorical and physical spark between the two actors.

So when Kumail and Emily fight over Kumail’s dishonesty, and then when Emily becomes sick, the stakes feel sufficiently high. Emily’s sickness is ultimately what elevates “The Big Sick” above the echelon of enjoyable-but-generic rom-coms. Kumail and Emily’s parents, played by Ray Romano and Holly Hunter, forge an unlikely bond in spite of Emily’s parents’ prejudices — which are ethnic (Emily’s father asks Kumail what he thinks of 9/11) and personal (Kumail broke Emily’s heart). This second love story is as enjoyable to watch as the first.

There’s a scene where Emily’s parents watch Kumail perform. In the middle of his set, a frat bro heckles, “Go back to ISIS.” When politics come thudding to the fore, Kumail is left speechless. But the film isn’t. Emily’s mother, a Southern firecracker, explodes. She doesn’t say all the right things, but it’s a galvanizing moment, when the audience feels anger towards the heckler, embarrassment for Kumail, righteous fondness for Emily’s mother; and there are some laughs sprinkled in, too. The politics are resonant and they inspire a moment of intense, confounding emotions. It was a one-two punch that “Signature Move” didn’t have in its arsenal but that every good sociopolitical film needs.