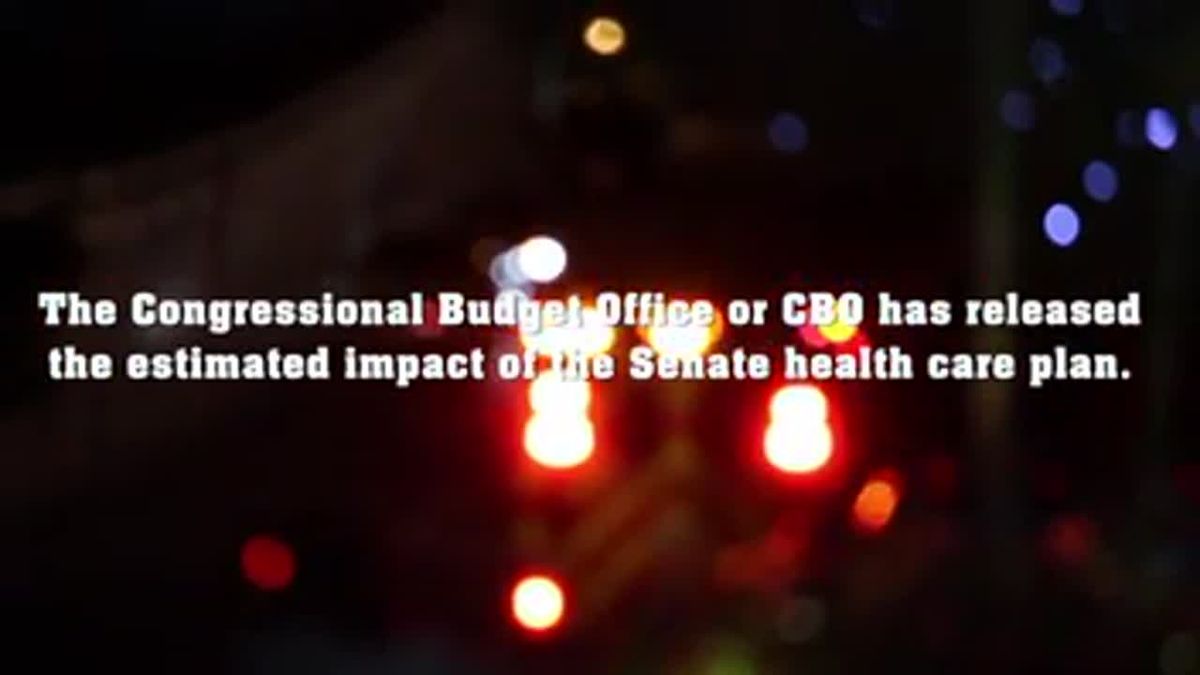 Just after the House of Representatives passed its health care bill, the American Health Care Act, President Donald Trump called the bill "mean," and several Senate Republicans insisted that they could do better. Their efforts resulted in the Better Care Reconciliation Act. Yet according to the Congressional Budget Office, the net social impact of the Senate's Better Care Reconciliation Act is about the same.

In a report issued Monday afternoon, the Congressional Budget Office, the government agency that conducts official analyses of legislation for Congress, said that Senate Republicans' Obamacare replacement bill will result in 22 million more Americans being insured compared with what the current law would accomplish. Earlier in the year, the agency had estimated that the final House-passed bill would leave 23 million uninsured.

Most of the people who would not have insurance by the end of the report's 10-year analysis period would be individuals with incomes below 200 percent of the federal poverty level. In the longer term, an increase in the number of uninsured people would arise due to caps on Medicaid spending and eligibility, according the budget office's analysis. Under the GOP bill, about 15 million fewer people would become eligible for the program.

The Senate's Better Care Reconciliation Act would remove the Obamacare tax penalty for people who don't purchase insurance. The budget agency estimated that because of this change, as many as 22 million more people would be uninsured by 2026.

Removing the tax penalty associated with the mandate to purchase insurance would put pressure on private insurance companies, however, because it would enable people to avoid paying for coverage until after they had become ill. This would mean fewer healthy people would purchase insurance, which in turn, would make monthly premiums more expensive for everyone else since healthy people generally pay more in premiums than insurance companies spend.

To stave off what would have inevitably turned into a "death spiral," whereby only unhealthy people purchase expensive premiums, prior to the budget office's analysis release on Monday, Senate Republicans introduced a revision to their bill that would subject people who were uninsured for 63 days or more to a six-month waiting period before they can re-enter the insurance market.

Compared with the House bill, the Senate bill is expected to cut the federal budget by $321 billion — about $200 billion more than the savings achieved by the House version. This would mean that Senate Majority Leader Mitch McConnell would have a fair amount of money to offer his Republican colleagues who might not be fully on board with the measure.

The persuasion process for Republicans will almost certainly involve attacking the Congressional Budget Office's report, similar how what they have done for many years.

In 2011 former Speaker of the House Newt Gingrich argued that his fellow party members should eliminate the agency entirely.

“If you are serious about real health reform, you must abolish the Congressional Budget Office because it lies,” he said in 2011 at a debate sponsored by a conservative group.