Here's Tomi Lahren making her debut for a pro-Trump organization 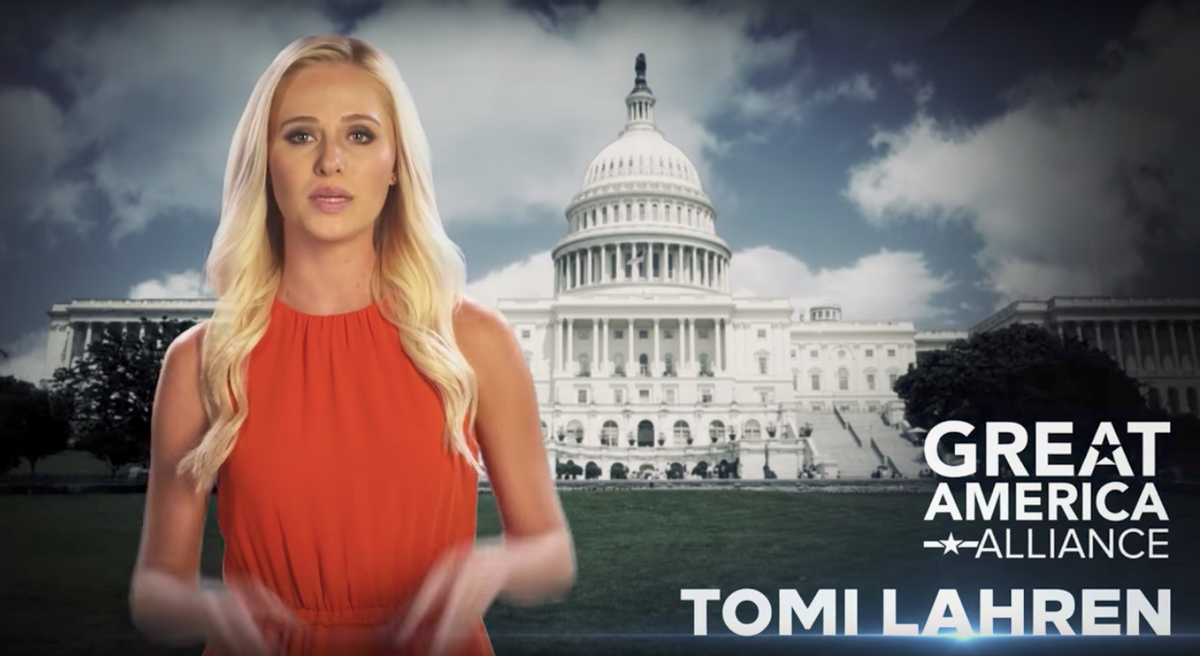 Tomi Lahren is back and worse than ever.

The former pundit for The Blaze appeared in a recent ad called "Witch Hunt," which was produced by the Great America Alliance, a pro-Trump nonprofit that raised more than $28.6 million during last year's campaign.

In the clip, Lahren tries to conflate the accusations against Trump with the greater "Washington establishment."

"What does the Washington establishment independent investigation look like?” Lahren intones. "FBI Director Comey leaks information to the press hoping to start an investigation."

She adds, "The ploy works and his good friend and former boss Mueller is chosen to direct it."

After claiming that Robert Mueller appointed four Democratic donors to help him in the investigation, Lahren concludes that "only in Washington could a rigged game like this be called independent."

As Newsweek reported, three of the five lawyers that Mueller picked have donated to Democrats within the past 30 years — James Quarles, Jeannie Rhee and Andrew Weissmann. Combined, their total amounts to less than $54,000 since 1988.

Regardless of whether Lahren is actively working for Trump, she is certainly furthering his agenda when it comes to trying to discredit the independent investigation. Last week Trump appeared on "Fox and Friends" to describe Mueller's friendship with former FBI Director James Comey as "very bothersome" and responded to questions of whether Mueller should stay in charge of the investigation by saying, "We're going to have to see."

Trump's lawyer Jay Sekulow has also hinted that Mueller may be fired, arguing that "the president of the United States, as we all know, is a unitary executive. But the president is going to seek the advice of his counsel and inside the government as well as outside. And I’m not going to speculate on what he will or will not do."