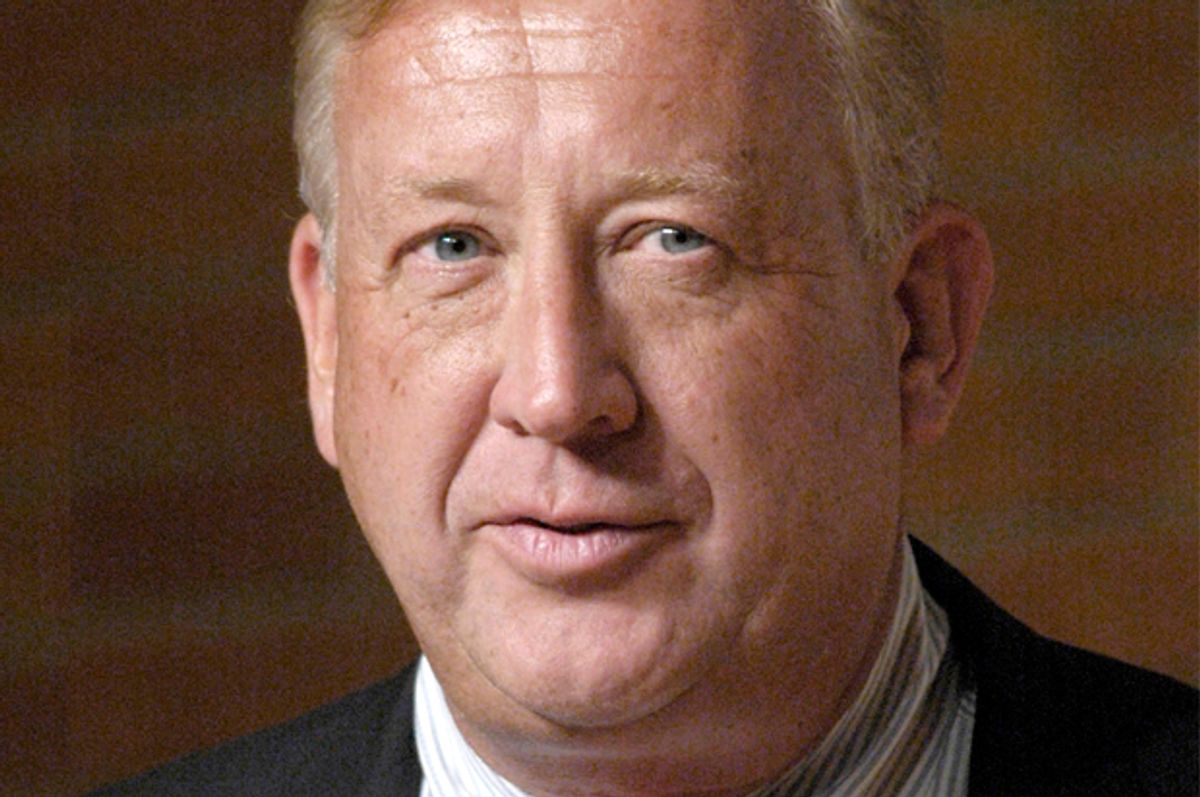 Maryland’s Anne Arundel County is in the midst of a growing racial controversy after a local Republican elected official has come under fire from activists for his past involvement with an avowedly white nationalist group called the League of the South.

The contention in this largely suburban county on the western shores of Chesapeake Bay — home to the state capital of Annapolis — began in late May after a black county resident was murdered by a white man who belonged to a Facebook group called Alt-Reich Nation. Earlier that month two men were arrested and charged with placing a noose outside a local middle school.

In light of the two crimes, Councilman Pete Smith introduced a nonbinding resolution condemning racism. Local anti-racist activists then set to work building support for it. They were initially rebuffed by Councilman Michael Peroutka, a onetime third-party presidential candidate and board member of the League of the South.

"Regrettably, there are some who seek to manipulate this family's tragic loss into political gain," Peroutka said in a May 20 statement. "In my view, this is insensitive and wholly inappropriate."

Peroutka later changed his position, telling reporter Amanda Yeager of the Capital Gazette that he had only opposed the resolution because he hadn’t seen the actual text of it.

"The overall reason why I wouldn't want to commit to sponsoring it is I didn't know what it said," Peroutka said. "Now I know what it says and I'm comfortable."

Despite his reversal and subsequent vote for the measure, Peroutka’s initial opposition to the measure appears to have reignited the efforts of his critics to draw attention to the fact that a prominent member of the county's government had spent many years consorting with pro-Confederate groups.

During his 2014 campaign for a Anne Arundel County Council seat, Peroutka’s past attracted some national attention and was the subject of local controversy. But thanks to low voter turnout, he was able to win the Republican Party’s nomination for the fifth district and also the subsequent general election, although he was formally denounced by the GOP’s nominee for governor.

Shortly before the general election, Peroutka held a press conference where he announced he would resign his membership in the League of the South after learning that it opposed interracial marriage.

Before the flare-up about the anti-racism resolution, Peroutka had mostly managed to shake off his controversial past. Two officials in the Maryland Democratic Party, when contacted by Salon, appeared to be unaware who he was.

Peroutka's usefulness as a GOP vote in a narrowly divided County Council also appears to have helped him politically. Last December Peroutka was nominated by fellow Republican members John Grasso and Derek Fink to be vice chair of the County Council.

Their efforts failed, however, when Councilman Jerry Walker, a Republican, cast a vote for himself instead of Peroutka. The County Council’s three Democrats voted for one of their own. On a second ballot, Democrats nominated Walker. He won, in a 4-to-3- vote, with their support.

After the votes, Grasso expressed disappointment at the outcome, saying that it was Peroutka’s turn to serve as vice chair. “He's held himself well, I think, on the council and not done some outlandish things that people claimed,” Grasso said. “I'm disappointed we couldn't get all of the Republicans on board for that."

Despite Peroutka’s efforts to keep a lower profile after his election, his initial opposition to the anti-racism resolution appears to have reopened old wounds. After the measure passed earlier this month, a number of Anne Arundel County residents attended the next council meeting, where they were blocked from testifying about some of Peroutka’s past activities. Grasso, the council's chair, deemed such comments to be prohibited “personal remarks.”

Responding to the protests at a subsequent June 19 county meeting, Peroutka echoed his earlier comments about the League of the South, saying that he hadn't heard it focus on racial matters while he was a member and board member.

"I believed the group to be integrated and nondiscriminatory with regard to race, and my recollection of topics that were discussed in my presence concerned objections to overreaching and intrusive policies and programs of the federal government; they did not focus on race," he said.

The League of the South’s president, Michael Hill, denounced Peroutka on the group’s Facebook page.

“He is denouncing me in order to curry favor with the left and the cuckservatives,” Hill wrote. “So, if you cannot take the heat, be warned: The League may be a place that's much too hot for you.”

Hill did not respond to repeated phone calls from Salon. He appears to have disconnected his service after this reporter left him a voice mail message.

In an email to Salon, Peter Waldron, a legislative aide for Peroutka, stood by his resignation from the group.

"It is fair to say that once Councilman Peroutka became aware of certain indefensible statements made and opinions held by Dr. Hill, it was not a mistake for him to resign," Waldron wrote. "And with regard to subsequent statements by Dr. Hill which are also indefensible, Councilman Peroutka becomes more confident that his resignation was appropriate."

According to Jonathan Hutson, a Maryland human rights activist who has tracked Peroutka’s career, his claim that the League of the South had not focused on racial issues during his time with the group is not credible.

“Peroutka is a dyed-in-the-wool racist," Hutson told Salon in an interview. "How could he not be? He stands for secession and a neo-Confederate, theocratic state built on white supremacy.”

In an email, Brad Griffin, a white nationalist writer who formerly worked for the League of the South during Peroutka’s time on its board of directors, said that he heard racial remarks at the first group conference he attended in 2012.

“I know he was at that conference, but I can’t say if he was in the room during that speech,” wrote Griffin, who runs an alt-right blog called Occidental Dissent under the pen name Hunter Wallace.

“I didn't realize who he was until much later,” Griffin added. “I do know that when he ran for local office in Maryland that he was asking for donations and support in our circles.”

Peroutka’s own comments seem to belie his claims as well. In a 2014 radio interview shortly after he was elected in Anne Arundel County, Peroutka got into a discussion about just what it meant to be called a “neo-Confederate.” His host, Sam Bushman, seemed to think it was just a means of smearing Southern conservatives.

“Look, a Confederate, if you want to talk about ‘Southern pride’ so to speak, or whatever, would be that you’re against the federal government and the violation of states’ rights," Bushman said. "But a neo-Confederate? That would be kind of like you’re a fake Confederate or a wannabe Confederate.”

“If anything, I want to be just a true Confederate,” Peroutka answered.

While today Peroutka is claiming that Hill, the League of the South's president, has recently become more overtly racist, in 2013 Hill explicitly stated that his organization was for white Southerners in a statement posted on the Occidental Dissent blog.

“Just so there’s no chance that you’ll confuse The League with the GOP or any other ‘conservative’ group, here’s what we stand for: The survival, well being, and independence of the Southern people,” Hill wrote on the Occidental Dissent blog.

“And by ‘the Southern people,’ we mean White Southerners who are not afraid to stand for the people of their race and region," Hill continued. "In other words, we understand what it is to be an historic ‘nation’ – a specific people with a unique culture living on a particular piece of land. And, God willing, we shall one day have a name and place among the nations of the earth.”