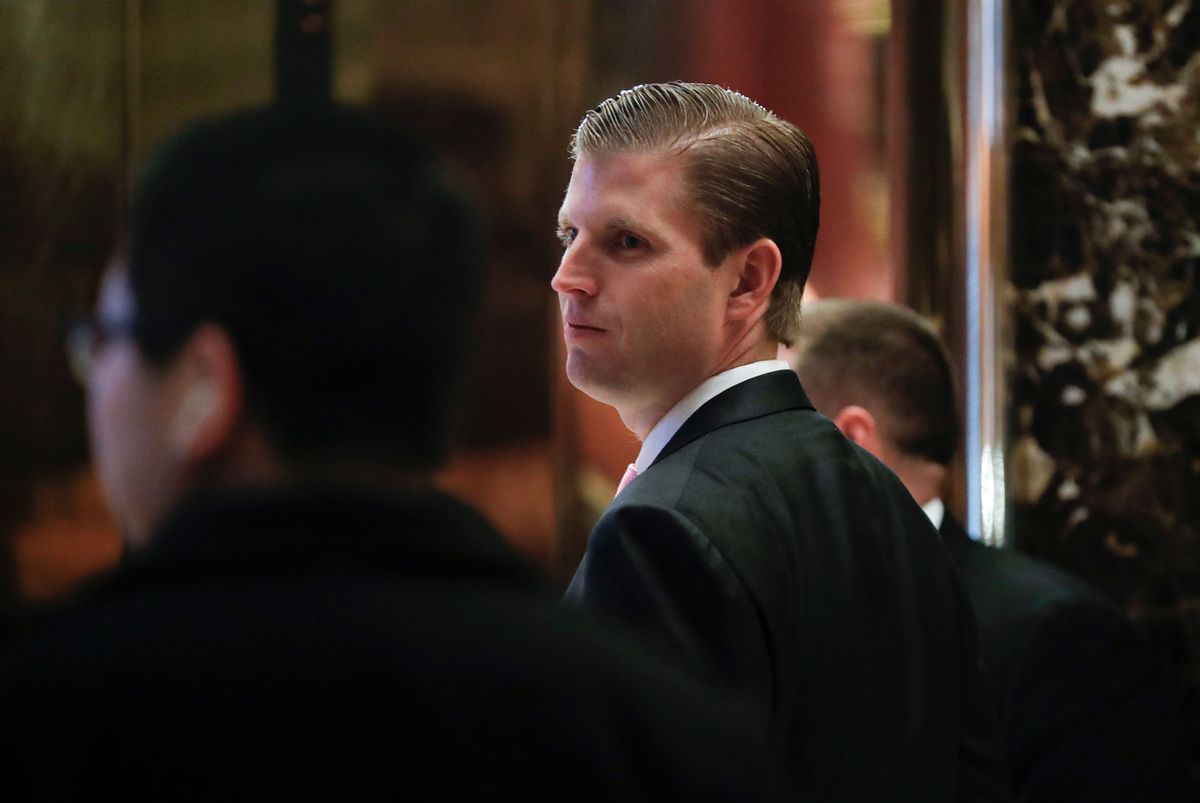 President Donald Trump is putting the New York and New Jersey office of the Department of Housing and Urban Development in the hands of someone whose main qualification seems to be her close relationship with his son.

Lynne Patton will be in charge of Region II, which controls New York and New Jersey, according to a report by The New York Times. Although she has prior experience working on Trump's campaign and as vice president of a foundation run named after Trump's son Eric, she had no experience in housing until she was appointed by Secretary of Housing and Urban Development Ben Carson (who also had no housing experience) during the start of Trump's presidency.

"I am close to the Trump family. I am loyal to the Trump family, and they are trying to embarrass the Trump family any chance they get," Patton told The Times on Sunday. "Had I represented a different administration, my narrative likely would have been that I rose through the rank and file in one of the most successful companies in the world from assistant to senior executive and was subsequently handpicked by the president of the United States."

Patton also added, using somewhat spurious logic, that "the misdirected discontent with my boss has prevented people from seeing the obvious fact that I am, more than anyone, best suited to serve as this liaison because, after all, I have a direct line to both the secretary and the president of the United States."

She also disputes reports that she served as a wedding planner for Eric Trump, saying that "like any close friend, I helped [Trump's wife] Lara pick out her wedding dress and sat with the family to construct a final guest list. Both of which I was honored and happy to do."

As she continued, however, "I think Jennifer Zabinski and countless wedding planners across this country would tell you that those two tasks do not make me a wedding planner. I was doing it as a friend."