Salon's Trump-free Tuesday: For one day, we won't publish his name or his picture

One-day gimmick or first step toward national healing? Either way, nothing about That Guy on Tuesday, June 27 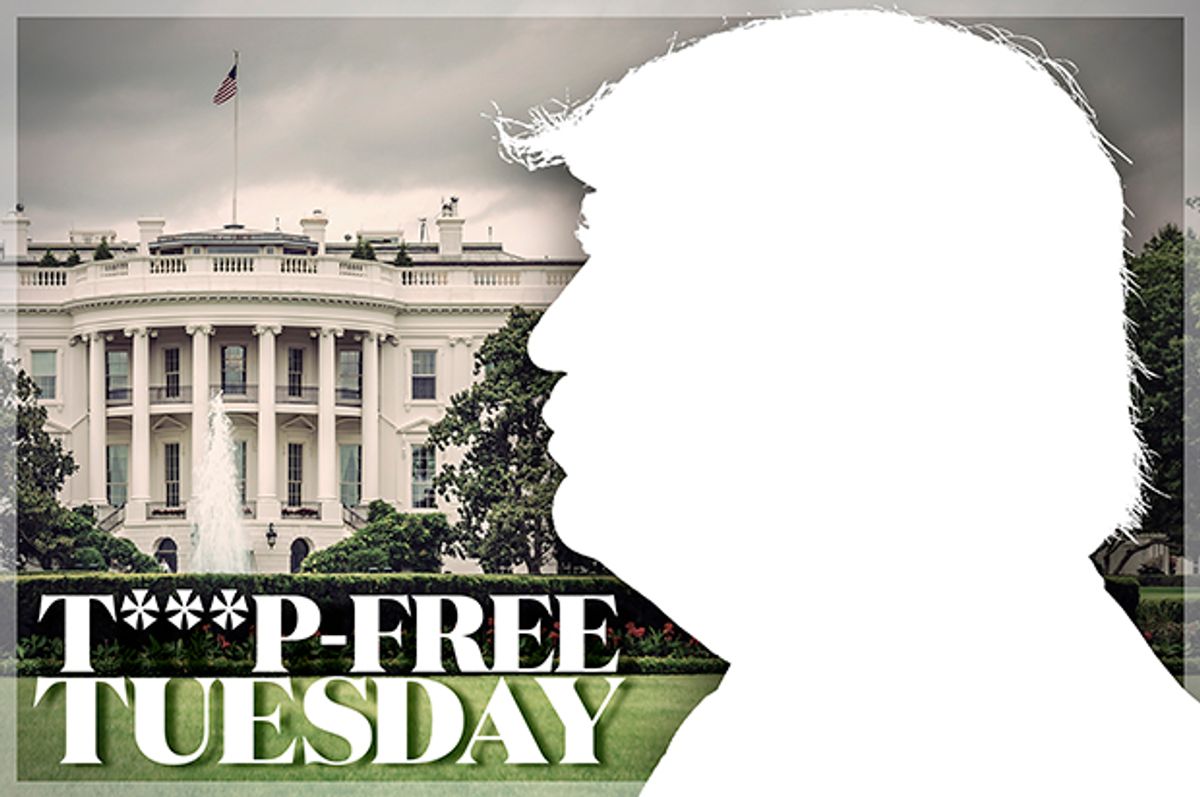 American politics and culture and media, and damn near everything else, have been consumed by one man for almost two years. You know the person we’re talking about. “Consumed” is a metaphor in this case, but sometimes it feels almost literal, as if our country and its public discourse had been eaten by alien invaders or a viral epidemic.

We’re sick of him. Everybody is, including the people who voted for him and still support him. That might not be a metaphor either: This person is making our country sicker all the time. So we’re taking a break. It’s the beginning of summer; the kids are out of school. Everybody needs a break from the normal routine right about now.

This will be a short break, a one-day experiment: June 27 will be Trump-Free Tuesday here on Salon.

We’ve been thinking about this for a while, and it seems like the right moment. There are so many other things to talk about and think about, in politics, culture or our daily lives. We are stuck with this guy for the foreseeable future, which is a difficult truth for many of us to handle. If we cannot dislodge him from the White House anytime soon, maybe we can start to deflate the outsized role he plays in our national psychology. This is a baby step in that direction.

How will Trump-Free Tuesday work? We have established some rules for ourselves — which we are prepared to break under certain circumstances we have tried to define in advance. (Those circumstances seem unlikely. But who knows what counts as likely anymore?)

We will not publish the president’s name on Tuesday or use his picture. We will not cover his outrageous Twitter utterances or deride his surrogates for whatever stupid things they may or may not say on television. (We try not to do that the rest of the time, too.) We’re certainly going to cover American politics and the United States government, but we will avoid focusing on the dominant personality at the top of the pyramid. We will strive to focus on issues and policies and how they are likely to affect the lives of our readers.

No doubt we will publish stories on Tuesday that will mention other members of the executive branch and leading political figures of both parties. You may encounter some artful references to “the White House” or “the current administration,” but we will steer away from that whenever possible. We won’t publish articles that are obviously about whatever the president said or did but that navigate around using his name or his face.

This is an experiment, which means we can’t be quite sure how it’s going to work. The entire American media has been caught in an endless feedback loop, and we are not immune: Everyone says they are tired of thinking and talking about this person and the enormous national crisis he represents. But public fascination with his words, deeds and actions has barely ebbed since Election Day or Inauguration Day, if it has ebbed at all. His name and face remain surefire clickbait, for our site and virtually everyone else’s.

Do Salon’s readers actually want a day without You Know Who? Or a week? Or a lifetime? Or is this the media equivalent of buying three bunches of kale, knowing full well you will let them rot in the veggie drawer?

We’re not sure. We’re excited to try it. Let us know what you think.