The Supreme Court will soon look at gerrymandering, a bakery refusing to serve gay couples and Trump's travel ban 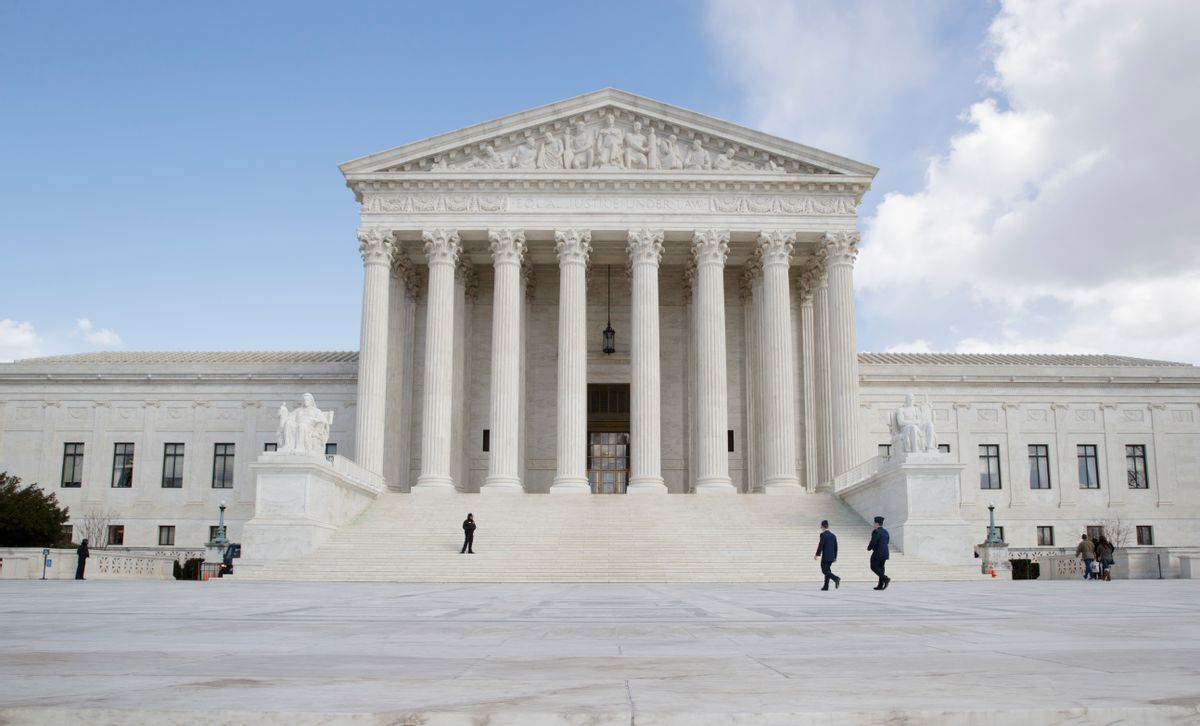 The Supreme Court is preparing for a historic session, given the one case it's already ruled upon and several others that it has agreed to discuss.

In addition to agreeing to hear the case involving President Donald Trump's travel ban, the Supreme Court has notably ruled that it can currently be implemented for any foreigners who lack the ability to "credibly claim" a relationship with someone who lives in the United States. The court declared that the order cannot be enforced "against foreign nationals who have a credible claim of a bona fide relationship with a person or entity in the United States."

In a 7-2 ruling, the court ruled in favor of Trinity Lutheran Church in Columbia, Missouri, which argued that its constitutional rights were violated when a state law forbade them from receiving reimbursements for rubberizing a playground surface. According to The Washington Post, Chief Justice John Roberts argued that "the exclusion of Trinity Lutheran from a public benefit for which it is otherwise qualified, solely because it is a church, is odious to our Constitution . . . and cannot stand." The dissenting judges were Ruth Bader Ginsburg and Sonia Sotomayor.

In Pavan v. Smith, the Supreme Court ruled that states cannot treat same-sex couples differently than heterosexual ones when issuing birth certificates, according to a report by The New York Times. At issue was an Arkansas law which, although automatically listing a husband as a newborn child's father even if he isn't the biological parent, did not extend this to same-sex spouses. Gorsuch joined Clarence Thomas and Samuel Alito in dissenting from the majority ruling here.

Masterpiece Cakeshop in Denver, Colorado became the center of a national controversy when it cited religious reasons for refusing to bake a wedding cake for a gay couple, according to The Washington Post. When the Supreme Court hears their case, it will determine whether Colorado’s public accommodations law can be avoided if the individuals choosing to discriminate cite religious reasons for doing so.

Partisan gerrymandering will have its day in court

If there is one Supreme Court case that could completely transform American politics, it is this one. The court decided last week that it will hear a case about whether the partisan districts gerrymandered in Wisconsin are unconstitutional. If they rule that partisan gerrymandering is unconstitutional, it would most likely compel state legislatures to draw up congressional districts along lines that would not overtly favor one party or another.

There have been rumors circulating that Justice Kennedy was planning on announcing his retirement. If or when this happens, it would give Trump the power to reshape the court in his image by replacing a well-known swing judge with a hard-core conservative. As of yet, however, no announcement has been made.