Arkansas has installed the Ten Commandments at its Capitol

The Satanic Temple is arguing that they should be allowed to display a statue of Baphomet, which seems fair 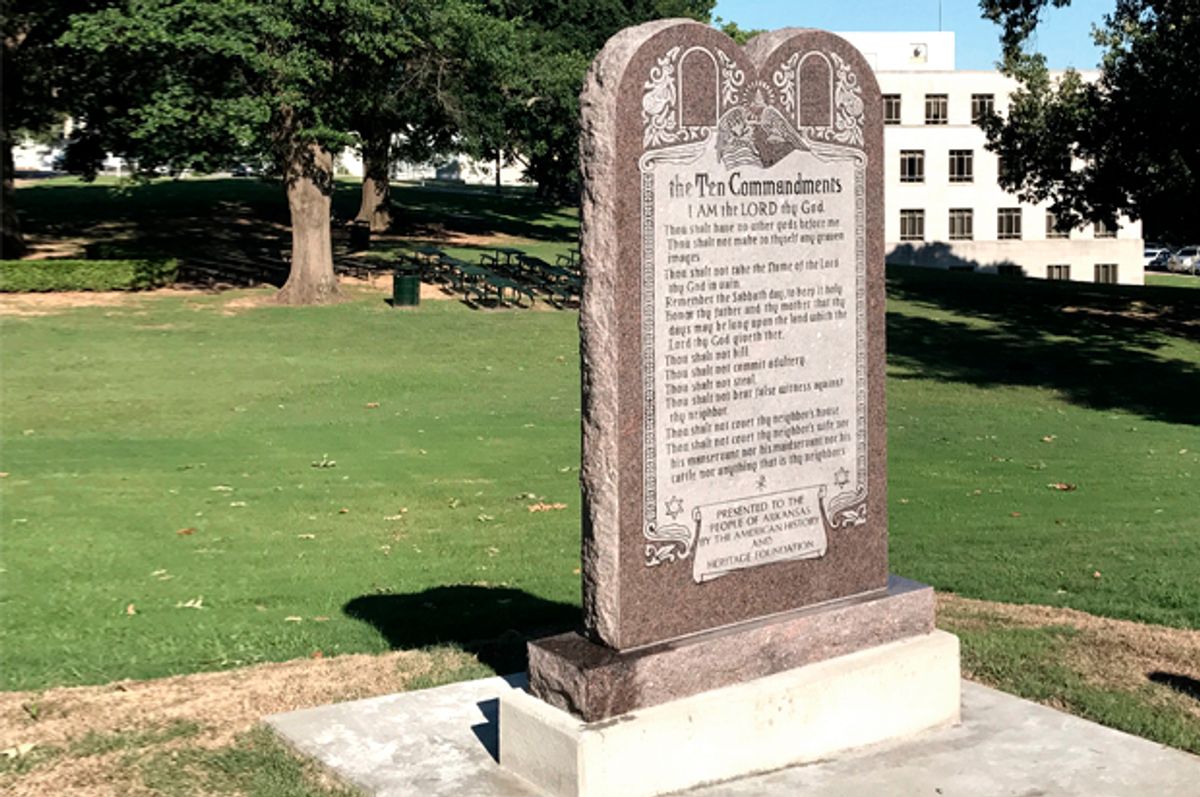 A 6-foot-tall Ten Commandments monument has been installed outside of the Arkansas Capitol, according to a report by the Associated Press. This is in the aftermath of a law passed in 2015 which gave the state permission to erect this monument to Judeo-Christian theology on government property.

In response to news that the privately-funded monument would be placed in front of the Capitol, the Satanic Temple began to push to erect a statue of the goat-headed deity Baphomet there as well, according to a report by Fox 59. That effort was thwarted when the Arkansas legislature enacted a law requiring legislative approval before the state commission can consider a monument proposal.

When the Arkansas legislature officially cleared the way for the monument's installation last month, Republican Sen. Jason Rapert said "this is part of who we are, it's history. So in Arkansas, we did not have anything that spoke to that and this gives us that opportunity to have that," according to a report by US News & World Report.

Meanwhile the American Civil Liberties Union of Arkansas denounced the monument as an unconstitutional endorsement of a specific religion, with legal director Holly Dickson saying that "if they put it up, they're going to signal to people who don't subscribe to that particular version of the commandments and non-believers they are second-class citizens and we will file suit."

The monument itself is designed based off of a monument at the Texas Capitol that was upheld in a Supreme Court ruling in 2005. Other states that have attempted to display the Ten Commandments in government buildings have faced similar controversy over the perceived threat it presents to the separation between church and state.