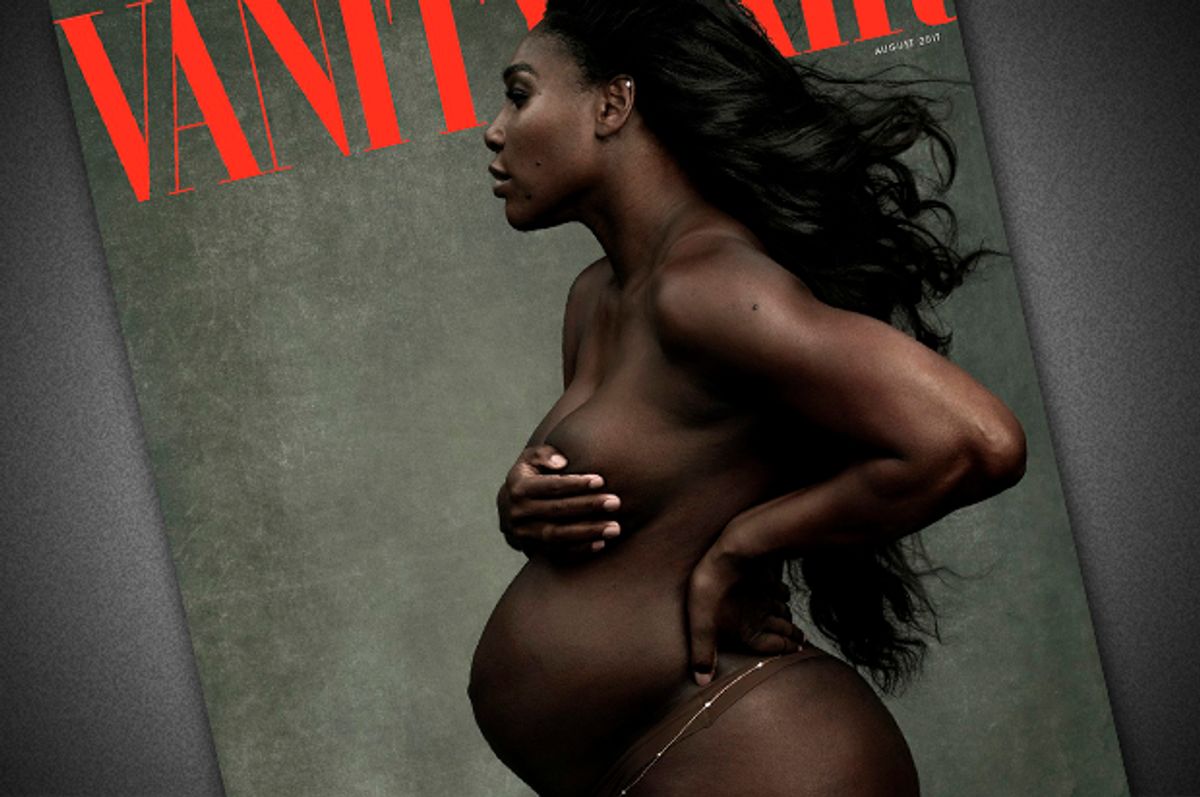 Due to her pregnancy, 23-Grand Slam title winner, Serena Williams is absent from competing in the Women's Tennis Association (WTA). However, Williams isn't letting her situation sideline her from the camera. Today, Vanity Fair revealed the August cover of the magazine featuring the champion posing sans clothes.

V.F. cover star @SerenaWilliams—world’s best athlete (plus, mom and wife-to-be)—still has her eyes on the prize https://t.co/kvYTrrcPdWpic.twitter.com/zTq6ZGYb4k

The stunning image was taken by magazine regular Annie Leibovitz, a photographer who not only has a long CV of celebrity editorials, but has at times worked to normalize image of pregnant pregnant bodies. In the past, she has captured similar profiles of actresses Demi Moore and Natalie Portman during their pregnancies.

It must be mentioned that the cover, while reminiscent of Moore's appearance, is a powerful thing onto itself. This is the first Vanity Fair has featured a pregnant athlete or a pregnant woman of color looking on its cover. As well, the stunning image of Williams' bold and beautiful — a true win for black representation coming from a magazine that is apparently trying to make up ground for its many failures in that area over the years.

Williams announced her pregnancy — her first — with fiancé and Reddit co-founder Alexis Ohanian in April, disclosing that she was indeed with child when she won the Australian Open in January. Now six months along, she told Vanity Fair in the article accompanying her photos  that she took a total of six pregnancy test during the Open, all positive.

The release comes just days after John McEnroe's comments comparing Williams to other male tennis players and his subsequent non-apology. Indeed, those comments may have overshadow the significance of this photoshoot.

Williams, for her part, has already responded to McEnroe:

I've never played anyone ranked "there" nor do I have time. Respect me and my privacy as I'm trying to have a baby. Good day sir