Unlike previous follow ups to the 1990 classic, this one will focus on Kevin Bacon's character 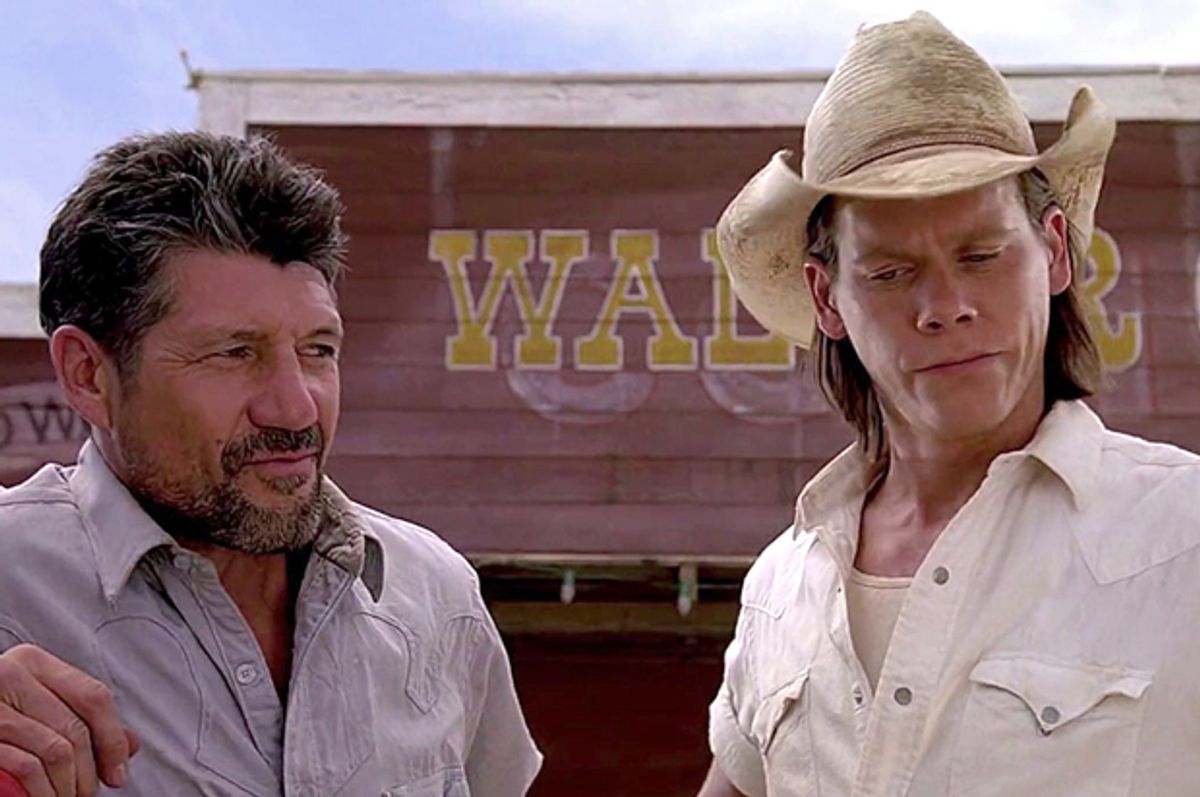 If you're like me and believe the 1990 film "Tremors" is an underrated classic, then you will be overjoyed to hear that the Syfy Channel has picked up a pilot for a potential "Tremors"-based TV series.

This won't be the first time "Tremors" has been serialized for the small screen, as fans of the short-lived 2003 TV series (also for Syfy) can attest. Whereas the show and the "Tremors" films' four cinematic sequels focused on the Michael Gross character Burt Gummer, the new series would instead revolve around the adventures of Kevin Bacon's protagonist from the original film, Valentine McKee, according to a report by Variety.

Even as McKee faces off against a new wave of Graboids, the subterranean monsters that hunt humans and other stupid animals on the surface, he will also struggle with personal demons such as alcoholism, aging and his own delusions of grandeur. If this sounds awfully similar to the set-up of "Ash vs. Evil Dead," that's because it's basically the same concept: take a character straight out of the universe of a classic 1980s/1990s horror franchise and create a TV series by focusing on his latter-day exploits.

Unlike "Ash vs. Evil Dead," however, the new "Tremors" series isn't focusing on the character that truly defined the franchise. That distinction, once again, belongs to Gummer, whose status in terms of the current series remains unclear.

What is clear, however, is that Kevin Bacon seems poised to reinvent himself as a major force in the world of television. While "The Following" has been cancelled, Bacon has received critical acclaim for his performance in "I Love Dick." If he can pull off a hit with the new "Tremors" series, it will cement his viability as a bankable TV star.