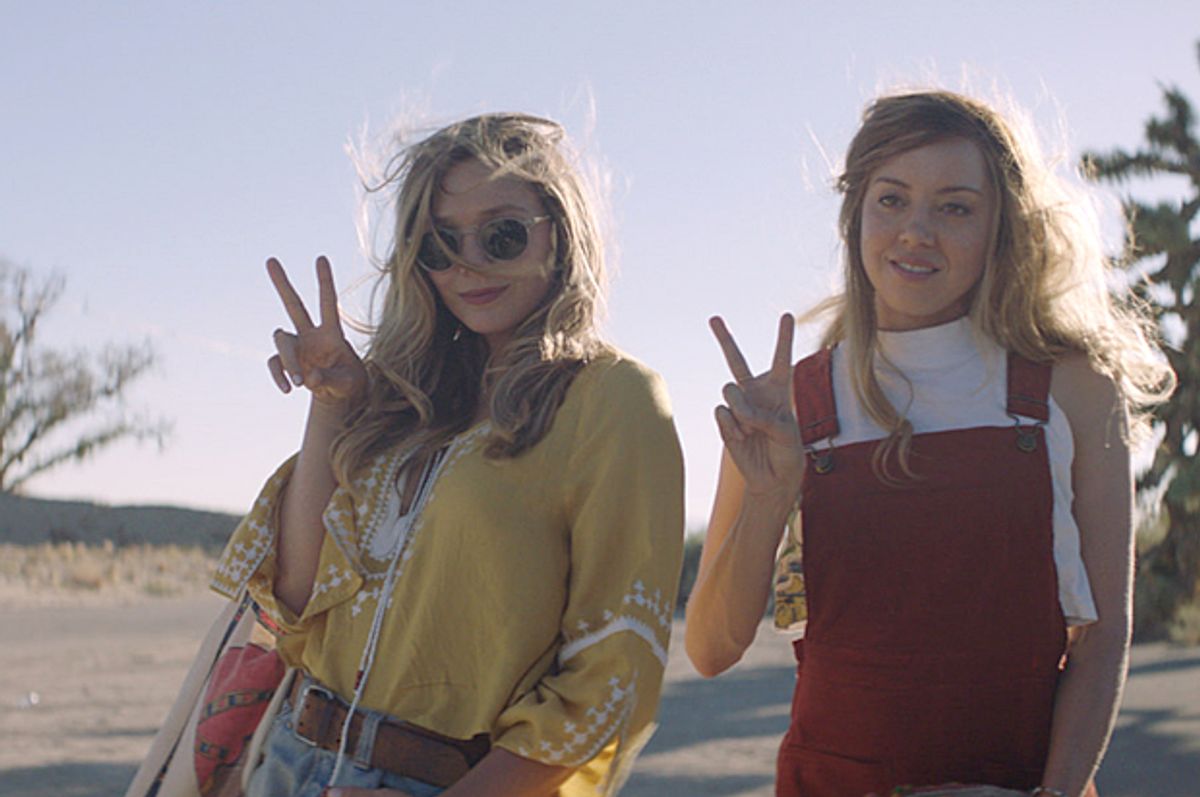 Directed by Matt Spicer in his feature-length debut, "Ingrid Goes West" is the tale of a dyspeptic, quite-likely psychotic social-media addict (Plaza) who, after a breakdown, dyes her raven hair straw blonde and begins stalking an Instagram influencer played by Elizabeth Olsen. It's like a Patricia Highsmith novel with wifi.

Merely days after the Goop health summit and deep in the times where scrolling through images of near-perfect, conventionally attractive white women liking their "best lives" seems to create more anxiety than inspiration, the trailer arrives almost ludicrously on point and on time.

Already, there's moderate buzz around the film given that there was a minor bidding war between respected distributors A24, Netflix and Neon for its rights at the Sundance Film Festival (Neon won) and that it took home the Waldo Salt Screenwriting Award at the same event. The fact that Plaza herself is rather buzzy at this moment does hurt either.

Earlier this year, she won applause and attention for her twisted turn as Lenny, the vicious, hilarious villain of Noah Hawley's arresting FX scifi show "Legion". On top of that, she'll be front-and-center in Jeff Baena's "The Littler Hours" due out this week.

Olsen, for her part, is coming off her turn in "Captain America: Civil War" and will next be seen in "Wind River" directed by "Sicario" and "Hell or High Water" scribe Taylor Sheridan.

"Ingrid Goes West" will be in theaters August 11. In the meantime, watch the trailer and tremble.