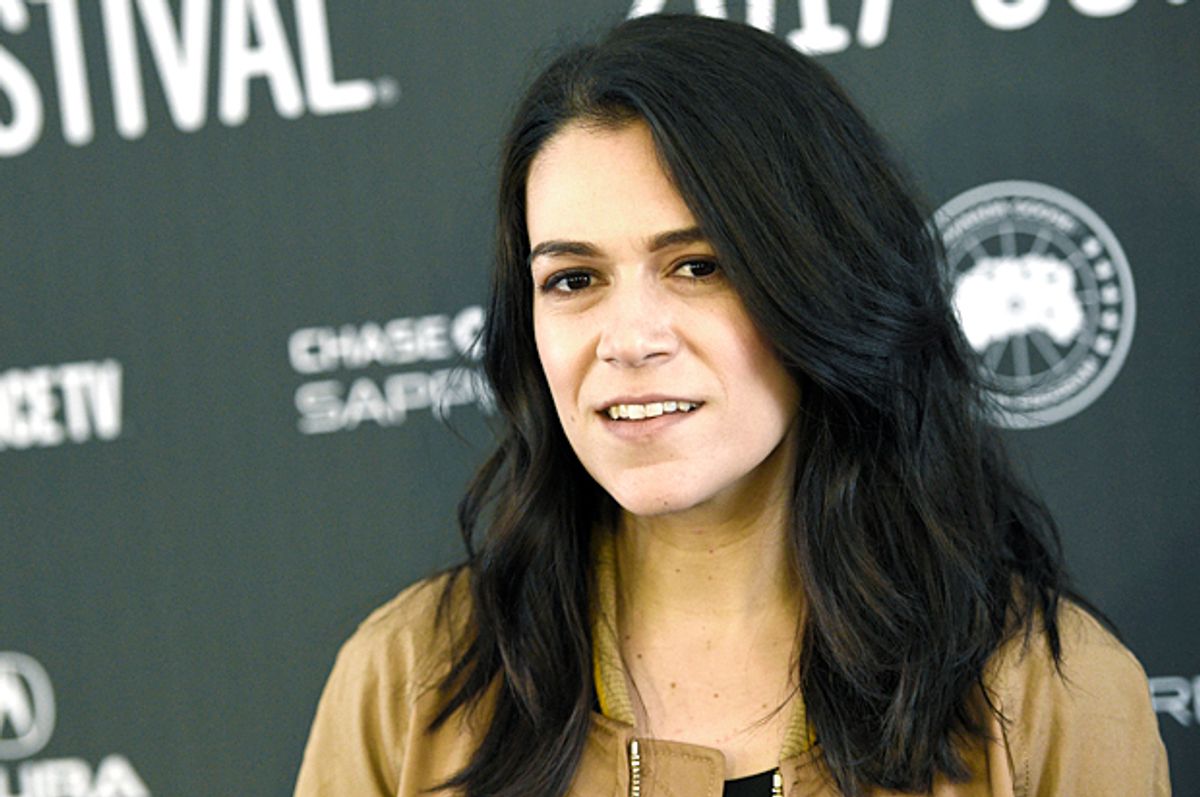 The "Broad City" star has teamed up with WNYC Studios and the Museum of Modern Art to create a new podcast exploring contemporary works of art. According to a press release, the 10 episode podcast titled "A Piece of Work" was inspired by questions people have asked while visiting MoMA and will "explore works of art through different themes."

"In a world of paint, canvas, and plaster of paris," says Jacobson in a sample of the podcast, "one woman dares to ask the question: what the hell is that?" From "One: Number 31" by Jackson Pollock to the video "Static" by Steve McQueen, Jacobson's newest venture is sure to explain some of the Museum's most confusing artwork while covering topics like appropriation, minimalism, and conceptual art.

The podcast will feature a variety of guests from the world of art such as Thelma Golden, the director and chief curator at the Studio Museum in Harlem; Flavin Judd, son of the artist Donald Judd; and artists Carolee Schneemann and Jo Baer. She'll also have input from famous friends like Hannibal Burress, Questlove, Tavi Gevinson, and — wait for it — Ru Paul.

Although Jacobson is best known for her role in the Comedy Central show "Broad City," she's also an artist. After graduating from the Maryland Institute College of Art, she published an illustration book titled "Carry This Book" and coloring books like "Color This Book."

"A Piece of Work" will debut July 10 and will feature a discussion on "everyday objects" with guests Ann Temkin, MoMA's chief curator of painting and sculpture, Anne Umland, and Hannibal Buress.