LISTEN: This is how we end structural racism in the tech industry 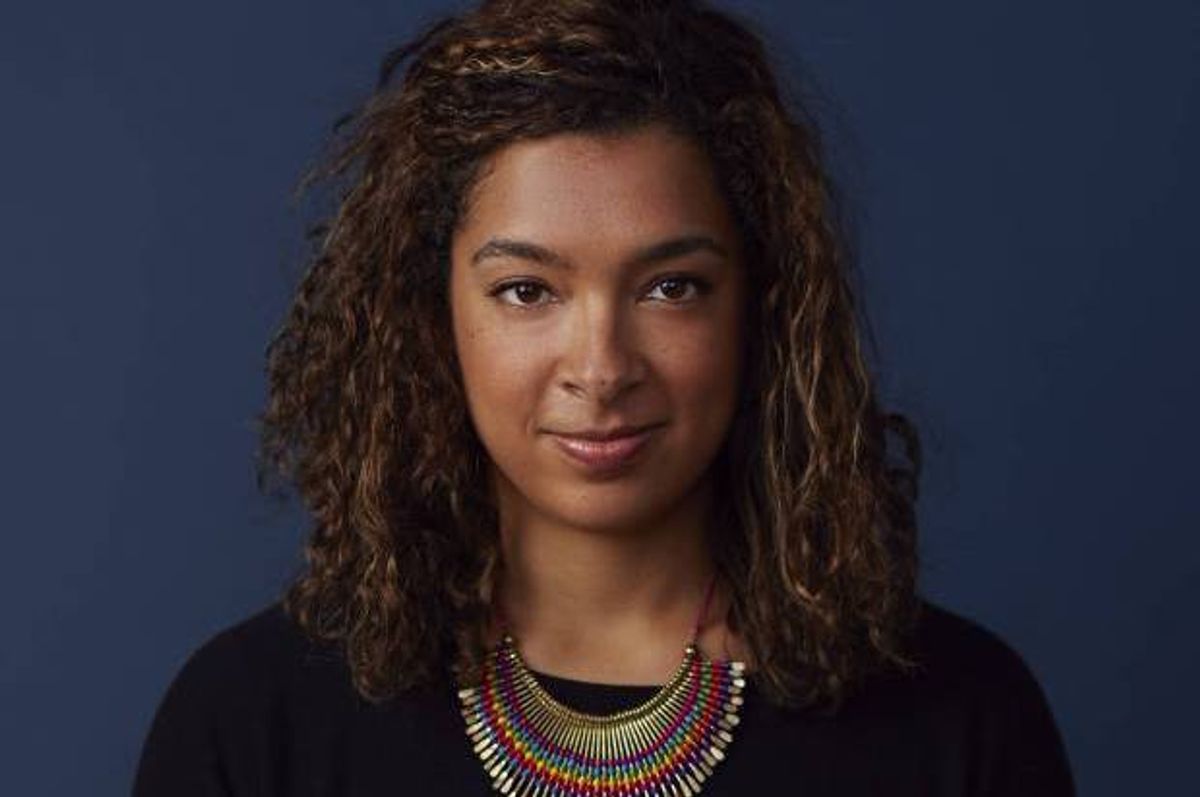 When Laura Weidman Powers came to Silicon Valley she was shocked by the lack of diversity in what was supposed to be the land of innovation and entrepreneurship.

Born and raised on the East Coast, Powers grew up in diverse neighborhoods and schools. Her mother is black, her father white. She got her degrees from Harvard and then Stanford and ultimately took a job at a tech firm which itself was diverse. But when she started to attend conferences and look around at what comprised the technology industry, she was alarmed by its uniformity. The explanation she was often given for why much of the tech industry lacked diversity was “that’s what the talent looks like,” and that there just weren’t “talented people of color to hire.”

But that narrative rang false to her. And she was troubled because, as she sees it, “every type of company is going to be either tech-driven or tech-enabled depending on what they're building. Car companies are tech companies today. Media companies are tech companies today. And so this skill set is going to be in demand across the entire economy. So we think the stakes are pretty high to get this right and to actually open up pathways for folks to succeed both in the companies that exist and the companies that will be dominating the industry in the future.”

Powers sees this as an enormous problem because “if we're shutting Black and Latinx people out of technology today, that's effectively shutting us out of the economy tomorrow.”

Powers’ own story isn’t a started-from-the-bottom one, but she is aware of the many hurdles she might have faced had people not gone before her. Powers founded Code2040 with Tristan Walker to smooth the pathways into tech for entrepreneurs of color. They named their organization for a major demographic shift — the year 2040 will be the start of the decade when people of color will be the majority in the U.S.

Powers feels this work — bringing more people of color into leadership positions in tech — is the work she needs to do. Having always been interested in systems’ change, she’s leading a racial and economic equity organization that’s considering how it can “fundamentally change the way the economy works for communities of color.”

Listen to the conversation:

The median household income of a Black or Latinx family in America is around $35,000 a year, she said. “The average starting salary of a tech worker is more than both of those combined.” These numbers got Powers thinking about economic access and how gaining entry into the tech industry could transform a person's future and the future of their family and community. “You start to see,” she said, “how power and access and opportunity can shift by opening up the doors of tech to everyone.”Code2040 is opening those doors with work that Powers, crediting Reverend Jesse Jackson, calls “the frontier of the 21st century civil rights movement.” Diversity is important in tech for everyone, not just the groups of people who are underrepresented there now. She says, “Creating pathways into tech skills [and the] tech sector both for folks to be employees and founders is the crux of what civil rights work is and can be these days.”Diversity improves companies’ bottom lines and their products, too. “With a diverse group of people in a room, you solve different problems,” Powers says. “Problems that are relevant for their community.” This way, the same type of product doesn’t come out over and over again. “Usually it's the white guy in a hoodie and dorm room who’s vilified as the person all the products are built for—and I have to say, given the number of food delivery and laundry service apps, it's probably not a bad theory.”Some people get confused about Code2040’s purpose, and Powers says that confusion is evidence that maybe they’re not fully aware of their own biases. “The point is not that we're teaching them how to code, it's that we're smoothing the pathway to get them the opportunities that they can then seize and capitalize on.” Code2040 also helps their prospective entrepreneurs “understand what stereotype threat and impostor syndrome” are—these experiences which have made “them feel like it's them,” when the problem lies with society.Part of the challenge for Powers, as Code2040’s CEO, is seeking funding. She organizes her experience raising money into three “buckets”: There is the earned revenue from activities the organization is doing, and then there’s fundraising, which takes two forms: meeting with people whose job it is to give away money, and the “harder one”—asking individuals whose job isn’t to give. “Being an entrepreneur is nothing if not being out of your comfort zone, all the time,” says Powers. But the discomfort of asking isn’t the only hurdle. Her big transition, Powers says, was finding people who were “down for the cause.” “We choose which meetings we take. I think we've been somewhere between fortunate and strategic in saying, ‘Our job is not to convince people racism exists.’ ‘Our job is not to convince people they should care about racism.’ Our job is to connect with people who are deeply uncomfortable with the way things are now and help them get engaged and on a path to make things better.”Sometimes, Powers talks with employers who are only interested in students from Harvard or Stanford. This is an indicator, Powers says, that the person doesn’t understand “how genius is distributed in this country and what sort of barriers or obstacles there may be for someone who is very capable and smart.”

Good advice has helped Powers push on, no matter what she’s facing. From Ben Horowitz, a venture capitalist and one of Code2040's board members: “There are only two reasons why companies fail; you quit or you run out of money.” Powers acknowledges the tendency to consider which pieces of her job are made more difficult by her race and/or sex. But, she says, some of her work is also made easier because she is a woman of color running a race equity organization: “I get to rely on some authentic personal experience in a way that if I wasn't a member of the folks that I was working with and serving would be different.”

Those considerations aside, Horowitz’s advice has helped her persevere. “Regardless of who you are, ‘there are only two ways to fail’…put so much in perspective,” she said. “Whatever else I was struggling with, the question was, ‘Am I quitting, or are we running out of money?’ And if the answer is ‘no’ to both of those, then cool, let's keep moving forward.”

Of course, it isn’t always easy to self-motivate. Racial inequities have only become more highlighted in our current political climate. To keep herself going, Powers tries to practice gratitude daily. “I am so grateful that when I…have a horrible day at work, I have a horrible day trying to end structural racism in America,” she said. She believes in her work. She allows herself to feel, but does so in the context of gratitude “for the chance to even feel those emotions. The chance to fail and screw up and the chance to be angry and then the chance to be proud and to celebrate--all of that comes along with being a CEO.”