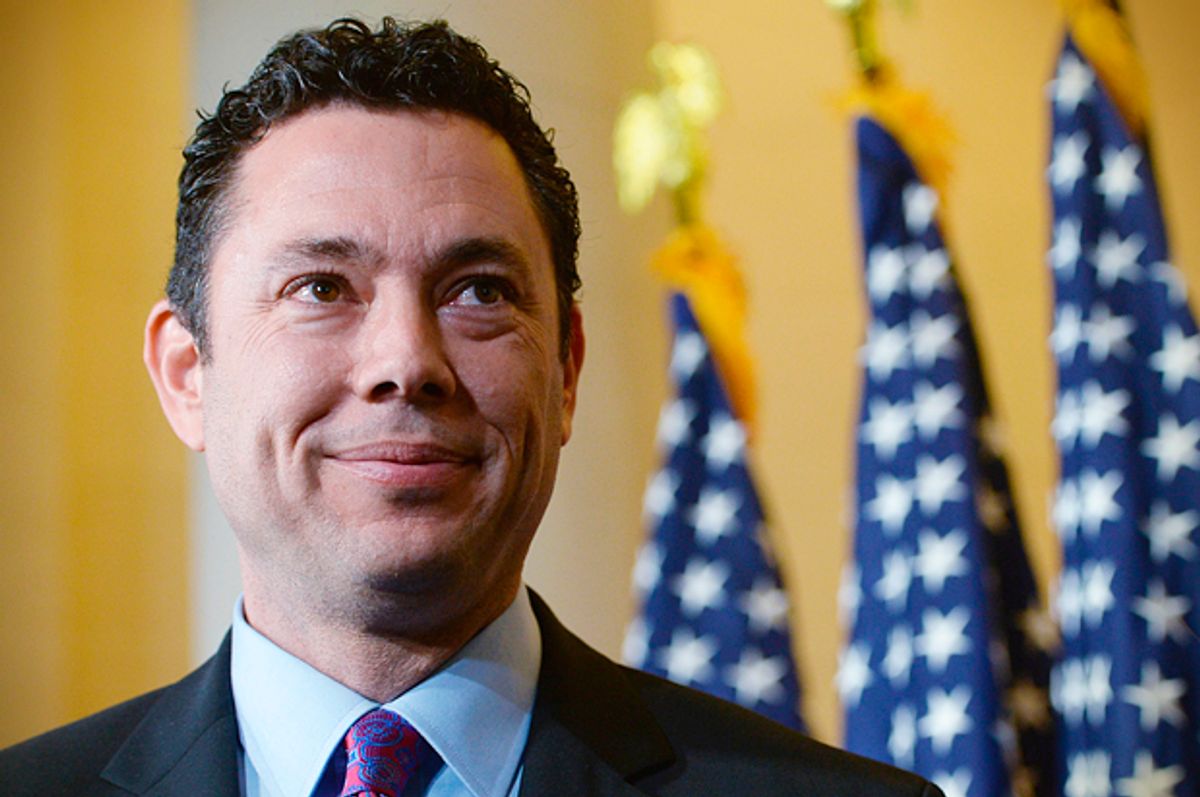 Rep. Jason Chaffetz, a Utah Republican who became a leading scourge of Barack Obama's administration, will join Fox News when he resigns from Congress later this month, the network announced today. The former chair of the House Oversight Committee is set to start work July 1 as a paid contributor.

Chaffetz, who was known for his zeal in pursuing various investigations of Obama and his would-be successor, Hillary Clinton,, appears to have tired of being a congressman after Donald Trump was sworn in as president.

By moving to Fox News, Chaffetz will continue to combine his love for the television cameras and his love for denouncing Democrats.

The cable channel's announcement puts an end to some fevered speculation about the former Brigham Young football player's motives in abruptly quitting what appeared to be a rising political career. In a twist of fate, Chaffetz, who had become famous in Washington for forwarding wild theories about the FBI's botched "Fast and Furious" operation, was variously rumored to be gay, to be under FBI investigation or to face a possible indictment, among other things. No evidence for any of these assertions has emerged, needless to say.

In an interview this week with CNN, Chaffetz also said that financial considerations played a large role in his decision to resign his seat in Congress.

"I flat-out cannot afford a mortgage in Utah, kids in college and a second place here in Washington, D.C.," he told his future television rival.

According to Chaffetz, many members of the U.S. House of Representatives have to live in their offices because they do not earn enough money to purchase or rent additional housing in Washington.

"I really do believe Congress would be much better served if there was a housing allowance for members of Congress," he said. "In today's climate, nobody's going to suggest or vote for a pay raise. But you shouldn't have to be among the wealthiest of Americans to serve properly in Congress."

While Chaffetz is concerned about members of Congress being unable to afford housing, he does not appear to be nearly as concerned about the ability of average Americans to afford medical care. He was among the majority of House Republicans who voted for the American Health Care Act, despite estimates from the Congressional Budget Office that the bill would cause 23 million people to lose insurance coverage.

In the debate before the measure was approved, Chaffetz claimed that people who did not have health insurance were choosing to purchase unnecessary things like the latest iPhone rather than buying health coverage.