Michelle Rodriguez threatens to quit "Fast and Furious" over sexism

On Instagram, the actor said "I hope they decide to show some love to the women of the franchise on the next one" 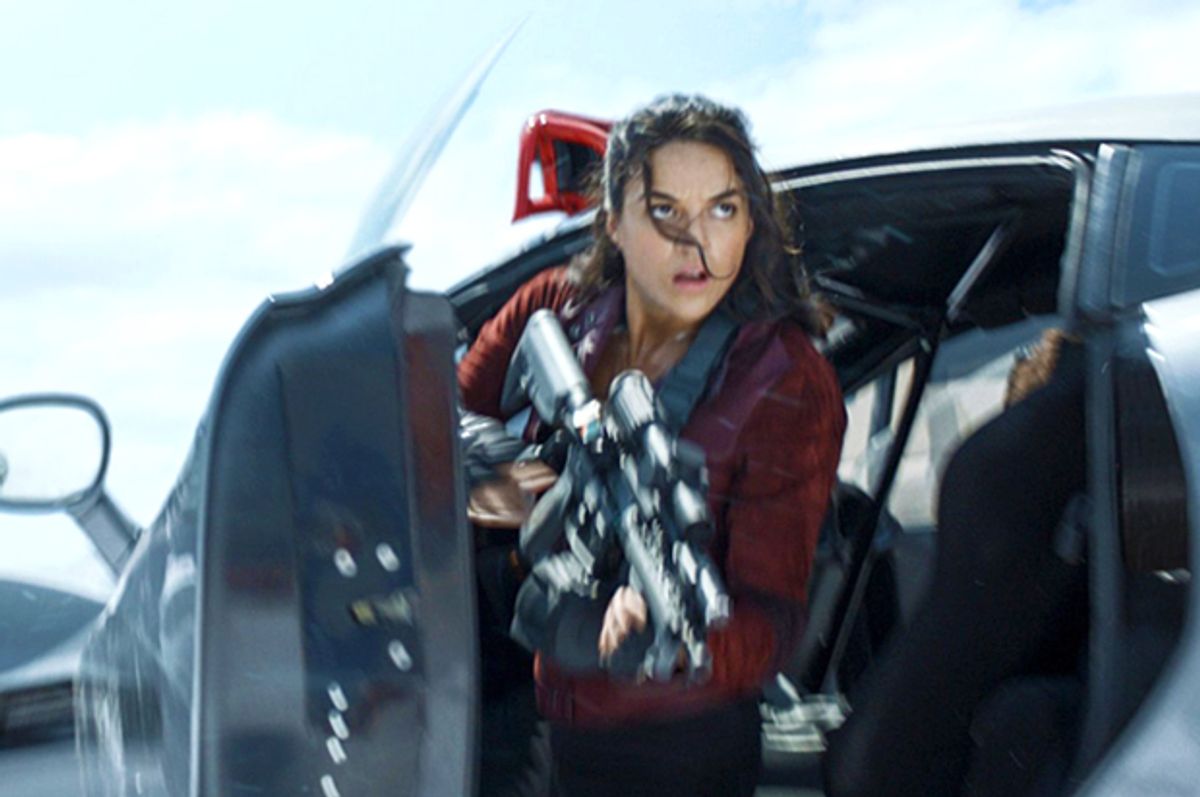 Michelle Rodriguez in "The Fate of the Furious" (Universal Studios)
--

Michelle Rodriguez, who has become a familiar face in cineplexes for playing Letty Ortiz in the "Fast and Furious" franchise, took to Instagram to say that she may leave if the series doesn't improve on its treatment of women.

F8 is out digitally today, I hope they decide to show some love to the women of the franchise on the next one. Or I just might have to say goodbye to a loved franchise. It's been a good ride & Im grateful for the opportunity the fans & studio have provided over the years... One Love ❤️✨

"I hope they decide to show some love to the women of the franchise on the next one," Rodriguez posted, "Or I just might have to say goodbye to a loved franchise."

She added, "It's been a good ride & I'm grateful for the opportunity the fans & studio have provided over the years."

This isn't the first time that Rodriguez has spoken out against the creative team behind the "Fast and Furious" movies. During an interview with Entertainment Weekly last month, Rodriguez explained how she threatened to leave the series if it included a love triangle between her character and the characters played by Vin Diesel and Paul Walker, which she felt would have been totally wrong for her character.

"At the end of the day, the only leverage I have as an individual is my participation," Rodriguez explained. "That’s the only leverage I ever use with anything. It’s like, look, this doesn’t agree with my ethics, morals. My heart doesn’t feel right doing this in front of millions of people, so I can always oblige myself and depart because money, to me, isn’t as important as my lines that you’re not allowed to cross."

Rodriguez has appeared in six of the eight "Fast and Furious" films including this year's "Fate of the Furious". The franchise, which launched in 2oo1, has taken in over $5 billion at the box office to date.