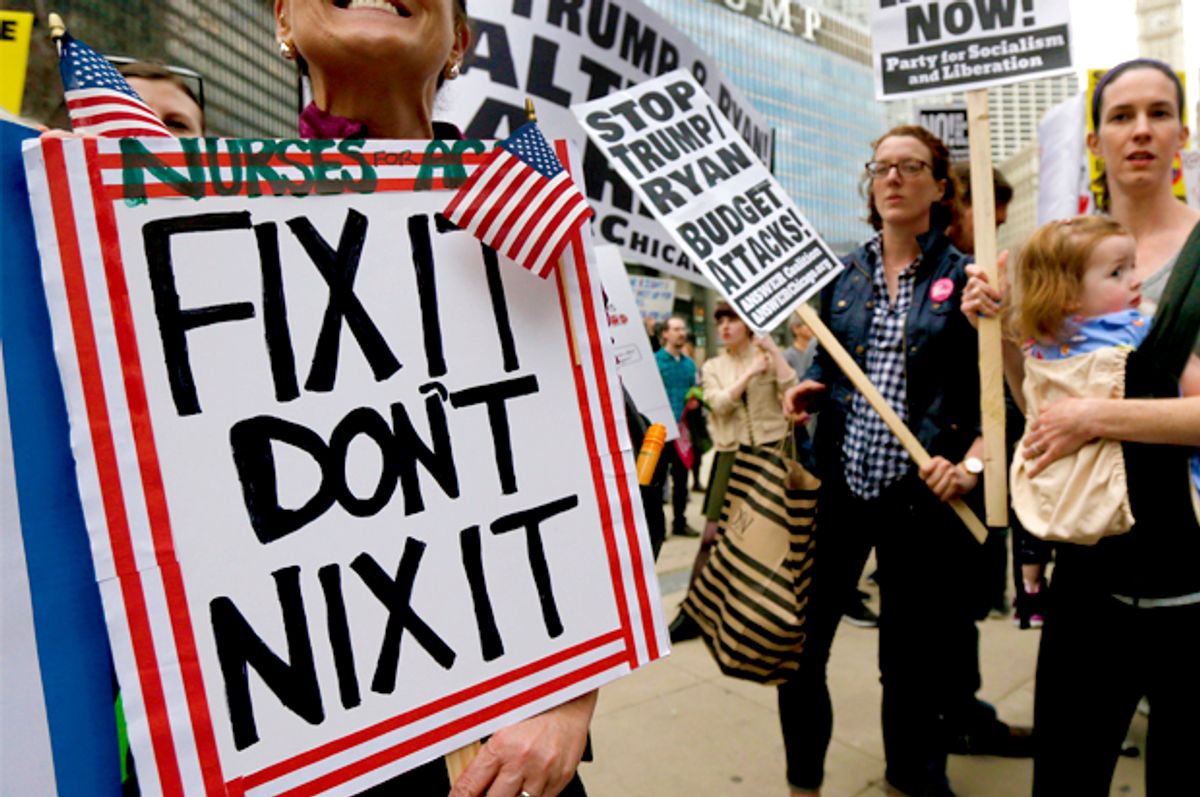 It seems that Senate Majority Leader Mitch McConnell's decision to delay a vote on the Republicans' health care bill may have been politically fortuitous.

Only 12 percent of Americans supported the Senate Republicans' proposed Obamacare repeal-and-replace bill, according to a survey by USA TODAY/Suffolk University Poll. Forty-five percent of survey recipients oppose the Senate bill while 40 percent say they don't know enough about it to have an informed opinion.

By contrast, 53 percent of survey recipients either want to keep the Affordable Care Act as it is or wish to fix its perceived flaws without completely repealing it.

That said, the survey does shed light on why some Republican legislators may feel pressured to repeal the bill. A whopping 80 percent of Republicans polled said they support repealing the bill, with nearly one-third supporting doing so even if there is no replacement set up for it. By contrast, only 11 percent of independents and 2 percent of Democrats feel the same way.

The process behind repealing and replacing the Affordable Care Act has caused considerable embarrassment for both President Donald Trump and Senate Majority Leader Mitch McConnell. Trump has been criticized for not knowing enough about the policy details and not being as proactive on behalf of the Senate legislation as he was for its House-crafted counterpart (which he later described as "mean"). McConnell, meanwhile, has been unable to deliver on a bill that he had previously promised would be brought to a vote this week. He has also been perceived as spending too much time currying favor among the party's more conservative senators, like Ted Cruz of Texas and Mike Lee of Utah, to the neglect of its more moderate voices like Susan Collins of Maine and Lisa Murkowski of Alaska.