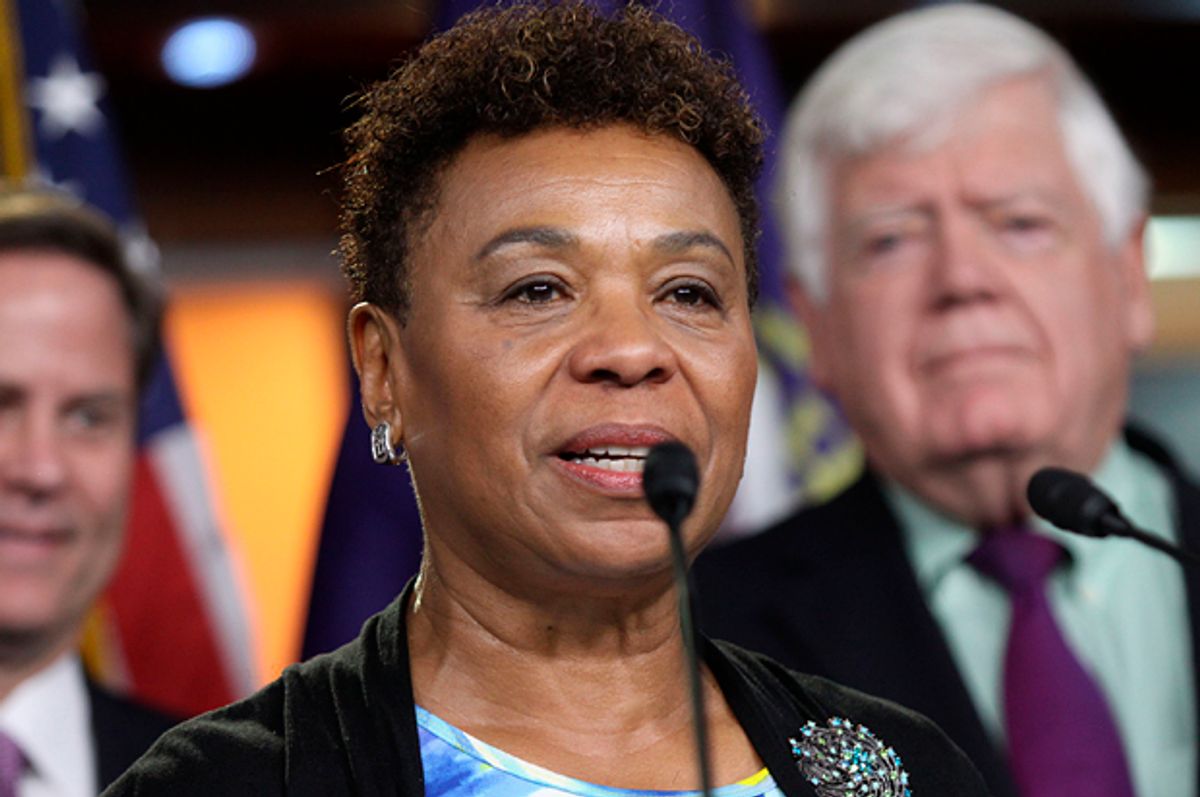 Democratic Rep. Barbara Lee of California has expressed surprise that one of her anti-war proposals is actually going to be debated by the House of Representatives. It seems like that deliberative body is finally going to, well, deliberate.

The House Appropriations Committee panel has agreed to an amendment proposed by Lee that would force a vote on a 2001 Authorization for Use of Military Force, according to a report by the Associated Press. This would in effect constitute requiring a new vote authorizing the battle against the Islamic State.

If Lee's amendment is passed, it would repeal the law allowing military operations to continue beyond the durations that were initially considered when they first initiated. The repeal would occur 240 days after the bill's enactment.

Lee's objective is to have a robust debate on whether renewing authorization of the 2001 law is morally and strategically sound. Apparently, many of her fellow Republicans agree with her.

"The last 16 years, it has become increasingly clear that this AUMF has essentially provided the president, any president, the authority to wage war in perpetuity," Lee said, according to Politico.

In a Twitter post on Thursday, Lee proclaimed that "GOP & Dems agree: a floor debate & vote on endless war is long overdue."

Republican Rep. Kay Granger of Texas, who chairs the Defense Appropriations Subcommittee, has denounced the measure. According to Politico, Granger said that "the amendment is a deal-breaker and would tie the hands of the U.S. to act unilaterally or with partner nations with regard to Al Qaeda and Al Qaeda-affiliated terrorists."

Still, the amendment to sunset the AUMF within 240 days received nearly unanimous support from the Republican-controlled committee, with only ChairwomanKay Granger voicing her dissent, according to The Hill.