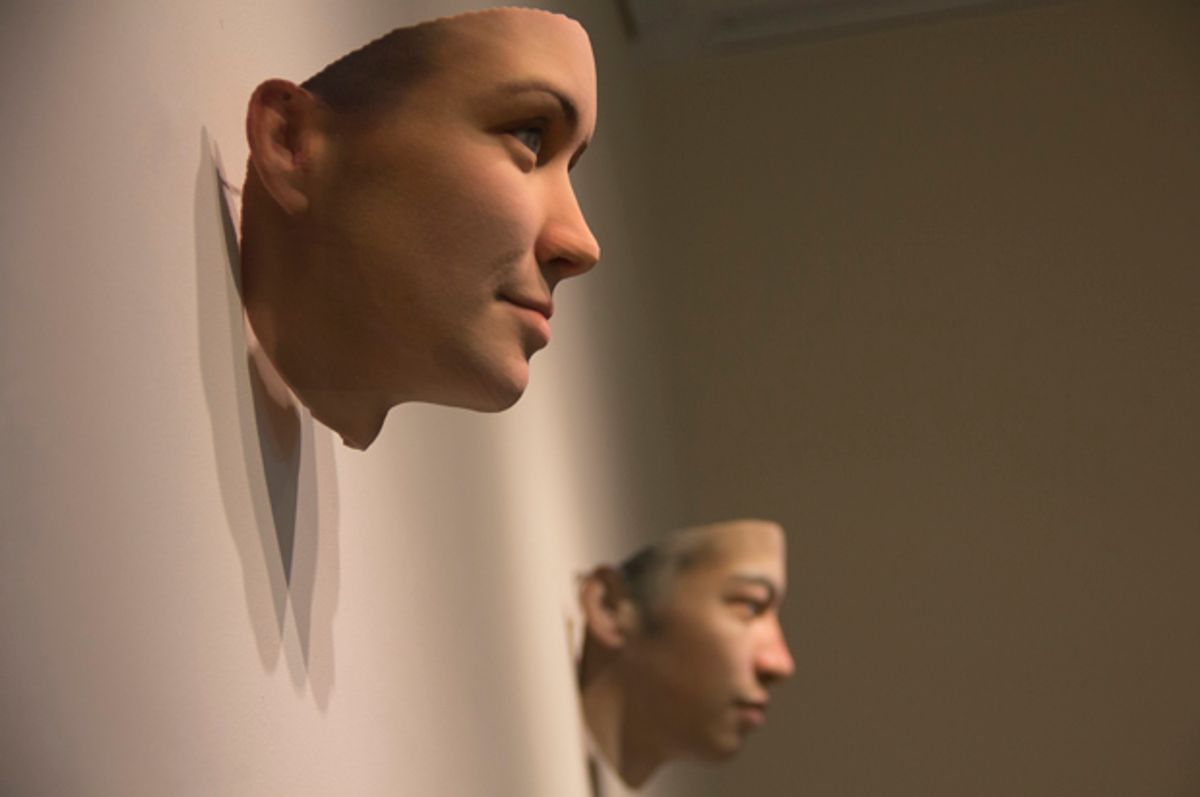 "A Becoming Resemblance" by by Heather Dewey-Hagborg and Chelsea E. Manning (Courtesy of Fridman Gallery)
--

Whistleblower Chelsea Manning is about to showcase a series of portraits at the Fridman Gallery in New York City.

The twist? They were made from her own DNA.

As Manning explained in a statement posted on the Fridman Gallery's website, "Prisons try very hard to make us inhuman and unreal by denying our image, and thus our existence, to the rest of the world. Imagery has become a kind of proof of existence."

Manning adds, "The use of DNA in art provides a cutting edge and a very post-modern — almost ‘post-post-modern’ — analysis of thought, identity, and expression. It combines chemistry, biology, information, and our ideas of beauty and identity."

The Fridman Gallery also explains that artist Heather Dewey-Hagborg began creating her 3D portraits of Manning in 2015 by utilizing DNA extracted from cheek swabs and hair clippings. Because images of Manning were suppressed as of 2013, there was a political potency to providing her image to showcase throughout the world.

"The artistic collaboration with Heather gave Chelsea back a form of visibility, a human face she had been denied," the Fridman Gallery's website explains.

Manning's sentence was commuted by President Barack Obama shortly before the end of his second term, allowing Manning to be set free in May.

Manning has also been a visible supporter of LGBT rights since her release from prison. She joined ACLU lawyer James Esseks and transgender teen activist Gavin Grimm in the New York City Pride March earlier this week, according to a report by CNN.

On her Twitter account, she posted "Honored to represent the ACLU at this years NYC Pride March. Started to lose my voice from screaming so much."