In the trailer for Sean Penn's Africa film, the white people do the talking 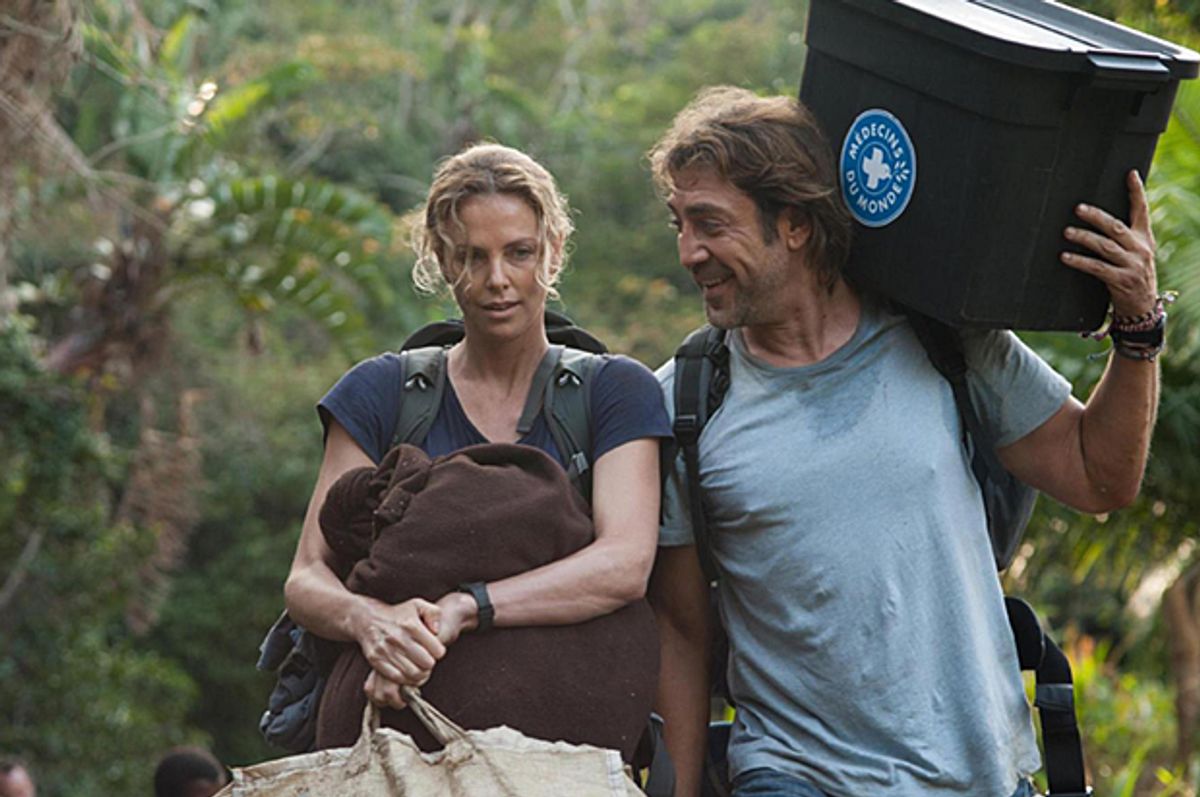 So today we have the first trailer for Sean Penn's long-delayed directorial effort, "The Last Face". Starring Charlize Theron and a smoldering, no-at-all-evil Javier Bardem, it seems a spinning, hot romance story set in the middle of the bloody, brutal Liberian Civil War of 2003.

The two Oscar-winning actors play members of Doctors Without Borders (or a similar organization) while they flirt, sweat, screw and try to save lives in a time and place where civilians have become cannon fodder.  From 50 feet up, it's more a less a noble endeavor, particularly given how little coverage African conflicts both past and present get in our media. If the movie manages to thread the particularly narrow needle between romance and genuine, relevant social social messaging, it could be a valuable thing.

That, however, is not how the trailer comes off. In it, Theron and Bardem have almost all the lines as they flirt with each other and spit out lines about atrocities, moral choices and "playing God". Only one African character speaks a sentence in the trailer's 2 minutes and 19 seconds, and then only to offer a bit of loving wisdom, as black characters so often do in Western media. It is, as they say, not a good look.

While it's perhaps unfair to judge a film by its trailer, it is fair to note that the trailer itself speaks of cultural tourism. Here, human beings — African human beings — are not discrete players in the narrative, but rather serve as its backdrop, set dressing for an all-too-familiar tale of white saviors coming to the rescue.

Penn, who has a long and clear history of championing human rights in all corners of the globe, may have good intentions here. But, as with his work in troubled areas, his approach in the trailer for "The Last Face" also speaks of grandstanding and the same kind of witless, white-savior tourism seen on Humanitarians of Tinder.

As to "The Last Face" itself, the movie first premiered last year and has sat on a shelf waiting distribution (and suffering a reportedly considerable round of edits) ever since. It will interesting to see if Penn steers what appears to be a privileged mess toward something redeeming. This trailer, though, does not bode well for that.