Collusion is back: The strange tale of Michael Flynn, his son and a now-deceased Republican operative 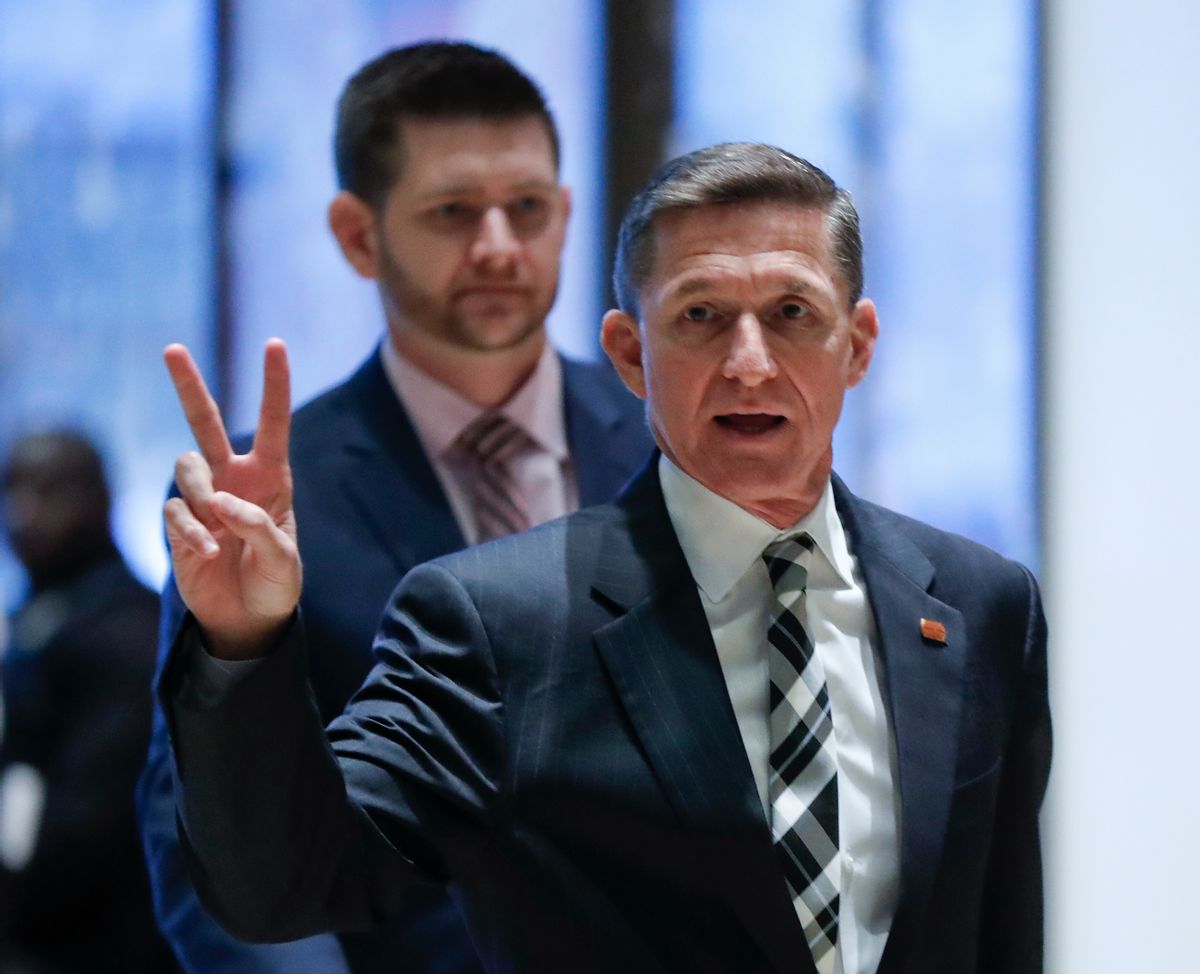 Ever since a Justice Department special counsel was named to oversee an investigation into Russia’s interference in the 2016 election after President Donald Trump's abrupt firing of former FBI director James Comey, one question has hung over the whole affair. Why did Trump back himself into such a precarious situation in order to protect Michael Flynn, his former national security adviser?

For those who have long speculated that Flynn could hold the key to possible collusion between Trump's campaign and the Russians, a new report from the Wall Street Journal adds yet another bit of evidence pointing in that direction.

In an interview with the Journal last month, a now-deceased GOP operative admitted that during the campaign he asked cybersecurity experts to look for the 33,000 emails supposedly missing from Hillary Clinton's private server. Peter W. Smith, a moderately well-known Republican researcher who helped peddle allegations from four Arkansas state troopers that they had helped Bill Clinton cheat on Hillary with “dozens of women” in the 1990s, made a series of stunning claims to his close associates and the Journal. Smith said that he sought to obtain Clinton’s emails from hacker forums, that he had contact with Russia’s ambassador during the campaign, and implied that he had worked with Flynn -- who also sought to uncover the emails.

Ten days after being interviewed by the Journal, Smith passed away at the age of 81.

According to the Journal, Smith's shenanigans began last summer, about a month after Trump jokingly called on Russia to release Clinton’s private emails. Beginning over the Labor Day weekend of 2016, Smith mounted a private campaign to obtain stolen emails that he believed had been on Clinton’s private server. Smith assembled a team of technology experts, lawyers and a Russian-speaking investigator and made contact with a number of groups -- including, he claimed, some in Russia. Smith also implied in conversations with associates that he was working with Flynn, citing a working relationship with Flynn's consulting firm, Flynn Intel Group, when trying to recruit new team members.

"He said, ‘I’m talking to Michael Flynn about this — if you find anything, can you let me know?’” said Eric York, a computer-security expert from Atlanta who searched hacker forums on Mr. Smith’s behalf for people who might have access to the emails.

In phone conversations, Mr. Smith told a computer expert he was in direct contact with Mr. Flynn and his son, according to this expert. ... The expert said that based on his conversations with Mr. Smith, he understood the elder Mr. Flynn to be coordinating with Mr. Smith’s group in his capacity as a Trump campaign adviser.

Furthermore, in emails examined by the Journal, Smith said that Flynn’s son and chief of staff in his company, Michael G. Flynn, was helping with the operation.

The Journal also noted that Smith’s operation “is consistent with information that has been examined by U.S. investigators probing Russian interference in the elections.” Robert Mueller, the special counsel tasked with leading the investigation into Trump’s campaign ties to Russia, has reportedly “examined reports from intelligence agencies that describe Russian hackers discussing how to obtain emails from Mrs. Clinton’s server and then transmit them to Mr. Flynn via an intermediary.”

Smith claimed he was eventually able to get ahold of Clinton’s deleted emails through a hack. Since those emails were never released or published, those he acquired were likely fakes, the Journal speculates. Clinton has always maintained that her private server was not hacked.

After the presidential election, Smith made the curious claim on Twitter that “no nation-states were involved in hacking.”

Still, on the heels of this May CNN report that claimed Russian officials bragged about their close relationship to Flynn last year, Trump and his former national security -- and Flynn’s son! -- have a lot to worry about. Perhaps that’s why the White House’s pushback on Thursday’s intriguing story was less than confidence inspiring.

“A Trump campaign official said that Mr. Smith didn’t work for the campaign,” the Journal reported, “and that if Mr. Flynn coordinated with him in any way, it would have been in his capacity as a private individual.”