The trailer keeps promising that things will get even darker in Season 3. The clips back it up 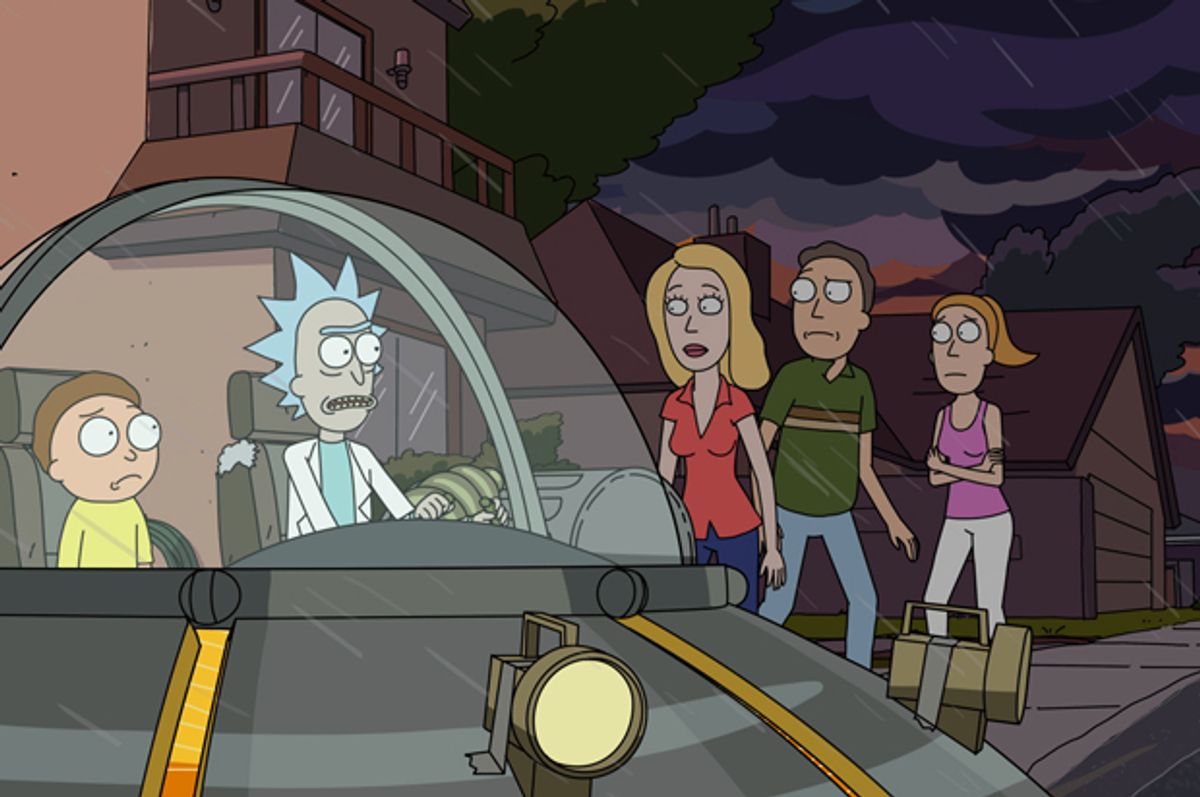 A new trailer for "Rick and Morty: Season 3" has been released in anticipation of its season premiere on Cartoon Network's Adult Swim July 30.

As a voice repeatedly reminds the viewers, this season is going to be much darker than the two that preceded it. Considering that this is a show, in which the main characters have had to bury their own dead bodies, an entire civilization discovered that its sole purpose was to power a spaceship's battery and God most definitely does not exist, that's really saying something.

If the clips from the trailer are to be believed, the new season is going to deliver on that promise.

There are clips of the young child Morty strangling someone in a bathtub with a single hand, his sister Summer shooting a mutilated alien in cold blood and hideous monsters galore. Somewhat surprisingly there are even a few clips of Jerry and Rick, even though Rick managed to manipulate Morty's family into kicking Jerry out due to Jerry's betrayal of Rick at the end of Season 2.

That major plot point occurred in the Season 3 season premiere, which surprised "Rick and Morty" fans by being released on April Fool's Day. This was an episode that did more than help the creators escape from the corner in which they wrote themselves by having Rick end Season 2 in prison. It also revealed that Morty, who for most of the series up to this point has played the dumb fool to Rick's brilliant scientist, is starting to get fed up with his grandfather's evil behavior. This is, yes, an odd show.

If nothing else, there will be a lot of great plot threads to unravel as "Rick and Morty" launched its next season.